This year, Seton Hall University welcomed the Class of 2020. Among the class, which is not only the university’s largest, but also has the highest average G.P.A. in the university’s history, is Anthony Tokarz, a Diplomacy major who placed second in the annual freshman essay contest. His essay used Aristotelian logic to explain and describe the events in the novel “The Other Wes Moore,” continuing a tradition of Diplomacy students winning the contest.

The School of Diplomacy celebrated the new class with the annual new student barbecue on September 9 . At this beloved event, members of the School of Diplomacy were able to shed the mantles  of instructor and student and get together as  a community. New students were given a warm welcome to the School and received a glimpse of what the next four years will look like, not only from their future professors, but also from upperclassmen.

Dean Andrea Bartoli shared with The Diplomatic Envoy his enthusiasm for the new class. “The School is holistically moving towards greater professionalism. Not only are our students individually networking with experts, but they are also moving the school itself towards a more integrated status with the field of international relations,” He said.

Between bites of watermelon, Eva Kiegele shared her experience as a first-year graduate student. “Being an international student requires some adjustment. Moving to South Orange from Kandava was a large step,” said Kiegele, who is from Latvia. “But I am really truly enjoying my classes here.”

As more students poured in, the air became full of laughter and a plethora of discussion topics, ranging from the merits of neoliberalism to what stores in South Orange give discounts to Seton Hall students. Many freshmen spoke of what drew them to Seton Hall.

“The amazing faculty and the strength of our 5-year B.S./M.A. program really caught my eye,” said Kyla Stewart, a freshman from Orlando, FL.

Caroline Hall, also a freshman , told the Envoy: “If I’m being completely honest I wanted to be a dentist for as long as I can remember. But after looking on the School’s website, I realized that I was passionate about each individual aspect of the major, so partaking in a program that puts them all together seemed like the natural choice.”

Parker LaCourse, a freshman from Vermont, felt a similar draw. “Honestly, after looking at what this major offers — the language component, learning from experts in the field, the internship possibilities, and the proximity to the city —  they all felt like a perfect storm of reasons to attend,” he said.

Casey Stickel from Maryland recounted the moment she decided on Seton Hall: “My guidance counselor first mentioned the School and the strength of this program to me at the beginning of my junior year. But when I visited the campus and was able to engage the professors, I knew this was the school for me, it was like a scene out of a movie.”

In addition to freshmen, many upperclassmen and representatives from student organizations attended to recruit new students. “I feel very positive,” said Kainoa Spencer, a sophomore member of the Student Government Association. “The freshman class seems very well-rounded and enthusiastic. I cannot wait to get to know them more as the year goes on.”

Renata Koch Alvarenga, a junior, compared the Class of 2020 to her own, “I don’t remember our class being this prepared,” she said in between sips of lemonade. “I’m really impressed with them, and I can’t wait to see how they contribute to the School.” She also mentioned that one of the freshman she had met already had an internship, and how impressed she was by their dedication.

The new students shared an interest in the language requirements of the major, with many admitting that it was a deciding factor in their attending Seton Hall. At the barbecue, new students fervently discussed which language they had chosen and their aspirations for their future with the language.

“Language is the basis for communication,” said one freshman, “but it doesn’t just teach you how to talk to more people, it shows you how to exist with a new culture as a whole.” Leah Cerilli, a sophomore studying Spanish and Arabic, told a freshman that “learning something as complex and challenging as a new language takes you out of your comfort zone, and that is the best way to grow as a person.”

During the barbecue, the School of Diplomacy conducted a survey to  gauge what other languages students would like to learn that are currently not offered at Seton Hall.

The School was fortunate to have had good weather on the day of the barbecue, something Dean Bartoli addressed during his remarks. “Due to the uncertainty of the weather, there was a lot of discussion over whether this barbecue would happen, and I cannot be gladder that it did,” he said. “It’s good for us to have our tradition, because tradition is something that began before us and will continue once we are gone. It is about something bigger than ourselves, something that is always changing.” The following Tuesday, the School of Diplomacy  continued celebrating the freshman class with the annual Dean’s Welcome, a more formal event where Dean Bartoli shared his aspirations for the School in the coming years. The dean immediately broke the ice among  students, administrators, and faculty by placing everyone in random groups and forcing them to work together.

Dean Bartoli told those in attendance that his emphasis on unity comes from his belief that “together, we are more.”

“This coming year will be a great year,” he continued, “but it will also be a challenging year because the world around us continues to be challenging.” The dean emphasized a continued coexistence and cooperation not only between our diverse body of students, but also between students, faculty, and administration.

Dean Bartoli’s wish for the new class is to continue the advancement of the School’s professionalism. He took great pride in the School’s inclusion of both an internship director and a professional services director — positions that were created out of student needs and feedback. According to the dean, this accountability toward and relentless feedback from its students has helped the School of Diplomacy grow and remain strong. 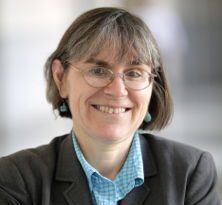