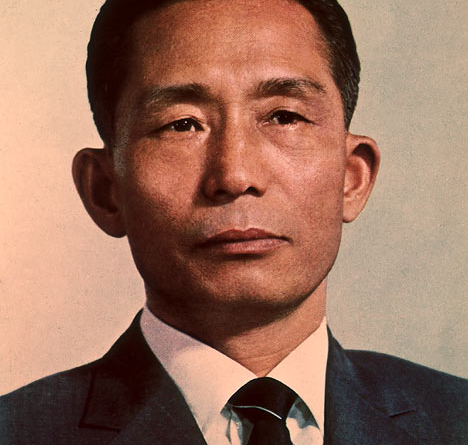 With a tumultuous past since its initial partition in 1948, the Republic of Korea (ROK) has emerged as one of Asia’s prominent economic powers. International parties, including the United States and United Nations, have had constant contact with South Korea as it entered the 21st century due to the presence of a violently Totalitarian neighbor, North Korea.

War between the two Koreas initially broke out in 1950, following South Korea’s proclamation of partition, and ended in 1953 without a peace agreement. This has left South Korea technically at war for more than fifty years.

Considering this “active” warzone between two nations, South Korea has developed both economically and socially with the onset of rampant globalization and a rapidly evolving political system. Following the end of war between the two countries, South Korea’s politics became dominated by the question of unification with North Korea.

But other factors have begun to develop in South Korea, as the political process became ever more faceted, as rapid economic development, democratization, and eventual alliance with the United States occurred.

At the beginning of South Korea’s politics following war, unification was the primary concern of political leaders – or at least for their careers – as the authoritarian rule utilized “the rivalry with communist North Korea as a means to weaken the (political) opposition,” according to Victor Cha of Oxford College.

Entering into the post-Cold War era marked the rise of Korean nationalism that sought to embrace North Koreans as “brothers.” This spike in unification-based nationalism fell under the presidencies of Kim Dae-Jung and Roh Moo-Hyun.

President Park Chung-Hee left a legacy of controversial developmental experiences in 1962 and 1979. South Korea joined the economic powerhouses, nicknamed “Asian Tigers,” as rapid market development occurred following Park’s choice, in conjunction with his Deputy Minister of Foreign Affairs, to become a member state of the Organization for Economic Co-operation and Development (OECD).

Despite all economic development, South Korea faced the nineteen-year dictatorship under Park that was categorized as “political backwardness,” according to Cha. This almost two decade regime, one that maintained the relationship between government, banks, and big businesses in South Korea, was met with a currency crisis in 1997.

But prior to the currency crisis, the military authoritarianism of Chun Doo-Hwan was broken down and transitioned into a democracy in 1987. During this initial spark of democratization, direct presidential elections by the South Korean public, civilian control of the military, and the growth of civil society were driven by mass movements of university students, intellectuals, and the rising consumer middle class of this democratized South Korea.

Currently, Park Guen-Hye is South Korea’s eleventh president, and happens to be the only female to attain the presidency thus far. Despite her rather profoundly attained position, she is slated to become a lame duck president with two years still left in her presidency, according to The Diplomat. Moon Jae-in, Park’s previous opponent who she beat out in the 2012 election, has been voted into the head position of the current opposing party – New Politics Alliance for Democracy (NPAD).

Despite his imminent rise to presidency, as South Korea’s single-term system rules out Park for the 2017 election, Moon still faces the task of uniting a fragmented political party and having to makeover their public image, as according to the Diplomat approval rates for NPAD reached a low of 21 percent.

The current contention between South Korea’s political factions will only continue to escalate as the presidential election of 2017 draws nearer. In the next two years, the ever present eye of the South Korean public will continue to watch scornfully as the fight for the next president has already begun.