The event was a conference where participants chose from a range of discussion topics brought forward by students, professors, administrators, and alumni of the School of Diplomacy. It offered a platform for all members and stakeholders in the school to express their concerns, hopes, and ideas to one another, enabling untethered dialogue between students and faculty.

Open Space focused on “engaging excellence” as the school’s theme for this academic year, asking the question, “Building on the enduring strengths of the School’s nearly 20-year history, how should we envision and focus on engaging excellence over the next 20 years?”

Looking toward the future of the School of Diplomacy at Seton Hall, participants were asked to lead discussions in what they believed to be an important topic moving forward. The discussions were then divided into four sessions, during which participants could choose the group they wanted to take part in.

Associate Dean for External Affairs Elizabeth Halpin led a discussion on the best possible cultural climate that can be created in the school. A mix of graduate and undergraduate students established that once they had found their way into the school of diplomacy, it offered a respectful, open and family-like environment to students that was led by the faculty. The problem, they found, was in finding a way to make new students feel a part of this environment that at times could seem exclusive if looked at from the outside. The solutions proposed by students were to implement more in-depth School of Diplomacy orientation programs, and a possible “buddy” system between graduate and undergraduate students.

The open space also had many more conferences ranging from Dean Courtney Smith’s “What is our (the school’s) niche?” to student Vincent Maresca’s topic of renaming the school for better outside recognition. Dr. Borislava Manojlovic’s conference debated on the idea that while Seton Hall’s school of Diplomacy and International Relations (IR) was “A great school of IR, it needs to also be a great school of diplomatic practice.”

On open space, Dean Courtney Smith stated “I was reminded of the six themes the faculty identified on the retreat three years ago.” The themes were major focal points for the school over the next 20 years: culture, curriculum, branding and positioning, support, opportunities, and stakeholders.

Dean Ursula Sanjamino stated that one positive of open space was that “It’s such a mix of people, not like a retreat where the dean says what’s going to happen and that’s what happens.” All members of faculty and the student body were able to have a say in what they believed the next 20 years of the school should look like.

Open space undoubtedly collected many ideas from members of the community, but moving forward the challenge will be finding where to go with those ideas. Dean Bartoli, in his closing remarks from the event, stated “When you decide where you want to go, chances are you are going in that direction.” On his basis for creating Open Space, he says “The reason to engage one another is to understand the system as a whole.”

The reaction from participants was overwhelmingly positive, many stating their excitement and pride at being able to take part in the growth and development of the School of Diplomacy. One stakeholder stated “I didn’t expect the richness of the student’s observations,” supporting a belief that in allowing all members of the community to have their voice heard, it may lead to a better future for the school as a whole. 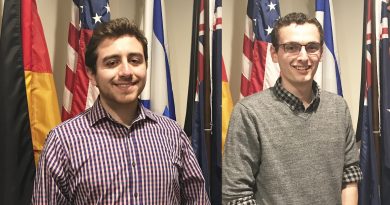 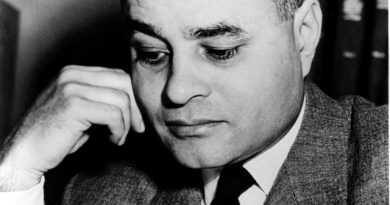