I am profoundly troubled by the way our nation’s leaders have conducted themselves regarding the Syrian refugee crisis. More than thirty of our nation’s governors have stated on the record that they are opposed to accepting any refugees into their respective states.

Louisiana Governor and former presidential candidate Bobby Jindal tweeted, “I just signed an Executive Order instructing state agencies to take all available steps to stop the relocation of Syrian refugees to L.A.” Wisconsin Governor and another former Presidential candidate Scott Walker added, “I am calling upon the President to immediately suspend the program pending a full review of its security and acceptance procedures. The State of Wisconsin will not accept new Syrian refugees.” Massachusetts Governor Charlie Baker also issued a statement that he would like further information on the vetting process for the refugees.

Many other governors and mayors in the U.S. have issued similar press releases, not realizing that this only adds insult to injury. Baker, as well as the other governors, could have avoided political grandstanding and posturing by requesting the information from the federal government through the appropriate channels. These information briefings are confidential in nature and unavailable to the public. Baker, Walker, and Jindal, who have virtually no foreign policy experience, could have put their personal feelings towards the President aside for the betterment of those who are in need – the refugees.

Additionally, it is important to note that governors and mayors do not have constitutional authority to refuse refugees into their respective states. Agencies within the federal government ultimately make that determination since it is solely in their purview to regulate and dictate immigration policy. Any attempt by governors or mayors to prevent a refugee entry into the U.S. is reminiscent of efforts by then-Alabama Governor George Wallace in the 1960s to prevent black students from admittance to the University of Alabama. He ultimately lost that battle, just like these politicians will.

More troubling than any legal interpretations are the implications by which the United States will be seen differently around the world. I, like so many others in this country, am descended from immigrants. Our country is proud of that fact. Many people came to the United States to find better opportunities or to seek refuge from repression in their home country. To turn away those who desperately need help because they fear being invaded by terrorists is not only unconscionable, but also goes against our values as a nation. The United States has always been a generous nation, helping those in need at home and all across the globe. Just as important, U.S. citizens need to understand that refugee resettlement is a rigorous and time-consuming process. Several U.S. government agencies are involved, including the Department of Homeland Security, the Department of State, and the Department of Justice, as well as numerous UN agencies/bureaus.

If the people of Syria had their choice, they would stay in their country. However, they do not. The only choice they have is life or death. The United States must show the global community that we value

every human life, regardless of faith, origin, or creed. We must grant refugees entry into the United States.

THOMAS ASHE is a B.S./M.A. candidate in the School of Diplomacy and International Relations at Seton Hall University. His specializations and interests include international economics and development, foreign policy analysis, and politics within the United States. As a former employee of the United States government in several different capacities, Tom brings a unique and fresh prospective to The Diplomatic Envoy. Contact Tom at thomas.ashe@student.shu.edu. 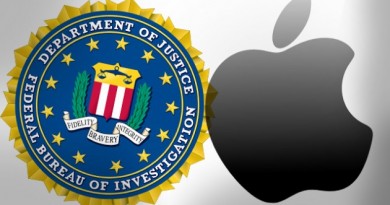 Government Should Stop Taking Bites Out of Our Privacy 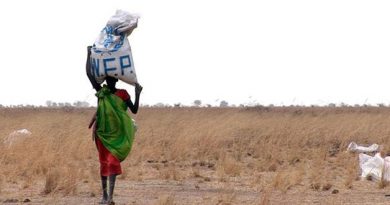