After the Paris attacks on November 13, the world is searching for answers on how to respond to the Islamic State and end their control in Iraq and Syria. While American and Russian forces have conducted airstrikes and special operations missions against ISIS, with France recently beginning their own series of airstrikes, the need for an actual ground offensive is slowly gaining a consensus. Additionally, while most countries (with the exception of Russia) seem hesitant to commit their own troops to a ground operation, a serious ground campaign is already being waged in Iraq and Syria.

Since early June, there has been a major intensification of fighting from Kurdish militia and some local Arab allies against ISIS. Recently, Kurdish peshmerga fighters seized the city of Sinjar, a strategic point in northern Iraq, with little to no resistance, according to the New York Times. The capture of Sinjar comes as Kurdish forces push towards the city of Raqqa, the capital of ISIS and the heart of their perceived caliphate. Kurdish fighters have had similar success driving out ISIS from a number of local villages.

The success of these advances have renewed calls to arm the Kurds in their fight against ISIS. In the United States, Republicans in Congress and on the presidential campaign have been critical of President Barack Obama for doing little to help the Kurds. The Kurdish forces themselves have repeatedly called on Washington for more aid and support, according to NPR. Aid will certainly be needed–the final push into Raqqa will involve crossing miles of open desert into the ISIS stronghold.

However, recent victories by Kurdish and Yazidi forces are not without their own problems. Revenge attacks and looting among Iraq’s various ethnic groups have been a constant issue on both sides. Following the capture of Sinjar, reporters from the New York Times observed some Yazidi raiding local homes, allegedly in response to the burning of Yazidi villages. A Yazidi fighter said,“They took our possessions, now we are going to take theirs.”

Additionally, after the capture of Sinjar, an area ruled by the Iraqi government, the president of the autonomous Kurdistan region declared Sinjar a part of Kurdistan, a move that is likely to irritate both the Yazidi population of Sinjar and the government in Baghdad.

Further complications emerge with the heavy involvement of the Kurdistan Workers’ Party (PKK), a Kurdish separatist force that the U.S. labels as terrorists. While the peshmerga fighters of Kurdistan may have led the victory in Sinjar, many more victories have been credited to the PKK, including the capture of Ain Issa, the closest town to the ISIS capital of Raqqa that will likely be the starting point of any ground offensive against it.

The PKK also possesses key border crossings with Turkey, with whom they are openly warring. The success of the PKK is likely to complicate an already murky situation in Syria and Iraq. While the U.S. and its NATO allies consider them a terrorist group for their war against Turkey, they are one of the few reliable ground troops in the region and have received much U.S. military support, including a 45-ton airdrop of military supplies in October, reports the BBC. Continuing further into ISIS territory will require a delicate balancing act in order to support the fighters while mollifying a Turkish government fearful of a well-armed PKK. 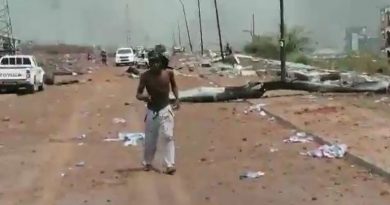