The centrist Canadian Liberal Party won the majority of seats in the Canadian Parliament. Party leader Justin Trudeau vowed to help unite Canada and provide a change in policy.

Trudeau’s party defeated the Stephen Harper-led Conservative Party, which had been in power since 2006. The campaign was one of the longest in Canadian history, lasting 78 days. There were about 17.6 million ballots cast in the October 19 election, which drew a 68.5-percent voter turnout.

“We beat fear with hope. We beat cynicism with hard work. We beat negative, divisive politics with a positive vision that brings Canadians together,” Trudeau said to the cheering crowd at the end of his victory speech.

The campaign was marked by a dip in the Canadian economy. According to the Wall Street Journal, the decline in the economy has made the race much more competitive. From January to May, Canada’s economy contracted, due in part to the decline in oil prices, one of Canada’s largest exports. Unemployment is currently around 7 percent and Canada is facing a shrinking manufacturing sector.

Another issue that has come up in the campaign is the niqab, the cloth that covers the head and face worn by some Muslim women. A law enacted in 2011 required citizens to reveal their faces. The Supreme Court overturned the rule, but the Conservative government appealed. About 80 percent of Canadians agreed with the law according to a March poll conducted by Léger Marketing that was ordered by then-Prime Minister Harper, garnering support for the Conservatives.

The New Democratic Party (NDP) held an early lead when the campaign period began in early August. However, the niqab issue put them behind in the polls, when they came out against the measure. The NDP’s headquarters is in Quebec, where locals are very supportive of the bill. Furthermore, the province of Quebec was looking to expand the ban on niqabs to include government buildings as well. In the end, the NDP was able to win only 44 seats in Parliament.

The Liberal Party rode a surge after the first debate, which it was able to sustain until the election. The party won 184 seats out of the 338, gaining a remarkable 148 additional seats since the last election. Their campaign was marked with optimism and youth, thanks to Trudeau, who refused to run attack ads.

“This is what positive politics can do,” Trudeau said at the beginning of his victory speech.

“Real change” was the slogan of the Liberals, and Trudeau has already started to reform some of the policies of the previous administration. A few hours after winning the election, Trudeau called United States President Barack Obama to inform him that Canada would be withdrawing their fighter jets from the conflict in Syria, reports the BBC. Trudeau has also vowed to take in another 25,000 Syrian refugees.

Domestically, Trudeau’s plan is to boost spending and reform taxes to help boost the economy. The Liberals campaigned for an increase on taxes for the wealthy while decreasing taxes for middle-class Canadians. The other part of the Liberal agenda is to increase spending and run a deficit to invest in the country’s infrastructure. The hope is that these policies will be enough to spark the economy. Trudeau also promised to legalize marijuana.

Meanwhile, the Conservative Party is in shambles. The party lost 60 seats, now down to 99 in Parliament. Stephen Harper has stepped down as the Conservative leader and it is uncertain who will take over. Their campaign was distinguished by a slew of attack ads. “Just Not Ready” was the tagline used on campaign ads aimed on Trudeau and his inexperience. However according to CBC analysts, those ads may have backfired as they drove down people’s expectations and allowed him to be the youthful, charismatic candidate.

US, EU Should See Economic Benefits of Refugee Influx 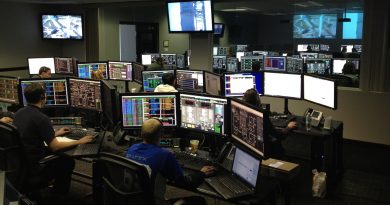