The United Nations General Assembly has, for the 23rd consecutive year, condemned the U.S. embargo against Cuba.

On October 27, a vote of 191 to 2 gave Cuba its widest margin of favorable votes since the resolution was undertaken by the U.N. in 1992. The second dissenting vote, aside from the United States, was Israel, who continued to vote in line with its Western ally.

The United States has imposed economic sanctions on Cuba since 1960, after tensions rose during the Cold War. In July, U.S. President Barack Obama made a historic move to reestablish diplomatic ties with the island nation, celebrating with the reopening of embassies in each country.

However, in a Republican-run Congress, presidential action alone cannot lift the economic, commercial, and financial embargo placed on the island nation. The Republican Party continues to stalemate the process, even as President Obama pushes for change.

Rep. Ileana Ros-Lehtinen (R-FL) points to Cuba’s history of dictatorships, which has been the epicenter of grievous human rights violations.

“Once again, the United Nations General Assembly falls in line to support the brutal Castro dictatorship while ignoring the plight of the people of Cuba,” Ros-Lehtinen said. “This institution is not interested in the democratic rights or freedoms of those living under repressive regimes.”

As part of the reinstatement of diplomatic ties, Cuba has been removed from the State Department’s list of state sponsors of terrorism, an effort applauded by the U.N. and other international organizations, such as Amnesty International.

The United States said before the UNGA vote that it may abstain from voting if Cuba proposed a resolution that “differed significantly” from previous versions, which it did not. The United States released a statement saying that it couldn’t support the resolution because “the text falls short of reflecting the significant steps that have been taken and the spirit of engagement President Obama has championed.”

The necessity of opening Cuba to trade is one that its citizens have felt for decades. Medical supplies, technology, and other necessities to modern life are all hindered by the embargo. The nearly 55-year sentence left the country without many opportunities for growth.

According to the Miami Herald, Jamaican Permanent Representative Courtenay Rattray stated, “Cuba is the most popular state of the Caribbean. [The embargo] is an impediment to our shared regional development.”

Cuba has lost potential earnings from doing business with other countries who are wary of repercussions from the United States. The Cuban government purports that current effects of the embargo include billions of dollars in fines against third-country banks and financial institutions for using the U.S. dollar in transactions with Cuba.

“In the U.N. Secretary General’s report on the embargo, Cuba puts a price tag of $833.75 billion for accumulated damages caused by more than a half-century of the U.S. policy of economically isolating Cuba. Taking into account the declining value of gold against the dollar, the economic toll would still be $121.2 billion, according to the Cubans,” the Miami Herald reports.

During his visit to Seton Hall last spring, Brazilian Permanent Representative Antonio Patriota expressed support for the reinstatement of normalized Cuban-American relations. Ambassador Patriota also made the observation that the U.S. continues relations with other countries that have governments similar to Cuba’s.

According to Amnesty International, the embargo on Cuba is not only illegal under international law because it violates the economic rights of Cuban natives and has repercussions on their social and political rights, but is also “the most comprehensive set of U.S. sanctions on any country, including the other countries designated by the U.S. government to be state sponsors of terrorism.”

Before the UNGA vote, Cuban Foreign Minister Bruno Rodriguez said, “The human damage it has caused is inestimable.” 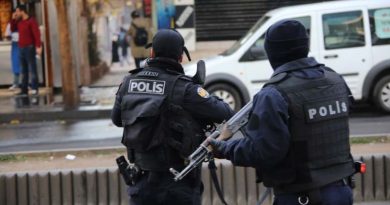 Turkish Authorities detain over 750 individuals with connections to ISIS 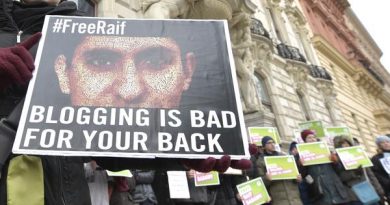 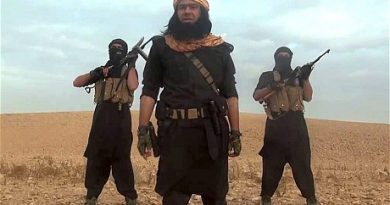