On October 5, twelve Pacific Rim nations, including the United States, Canada, Japan, and Australia, finalized the Trans-Pacific Partnership (TPP) after five years of negotiations held in Atlanta, Georgia. The deal as it stands now will liberalize 40 percent of the world economy, according to Reuters. It addresses industries ranging from automobiles to cheese, and issues from the environment to currency exchange.

At its heart, the deal focuses on two major issues. First, it sets common minimum standards on all party states for regulations ranging from environmental standards to labor rights. Second, the deal includes an elimination or reduction of tariffs and other trade barriers on almost 18,000 categories of goods.

The deal also addresses certain industry and issue-specific points. For example, one of the more contentious issues for the U.S. was the intellectual property of pharmaceuticals. Under the agreement, drug companies are granted almost an eight-year monopoly on data used to develop drugs before other companies can develop generics, far from what the U.S. was hoping for.

Two of the major winners of the agreement are Japan and New Zealand. The latter will enjoy a 93-percent overall reduction in import restrictions and tariffs on dairy products. As one of the world’s largest dairy exporters, New Zealand is likely to see a major windfall. Japan, on the other hand, not only negotiated for greater access to purchase parts for Japanese cars from cheaper Asian markets, but also secured a phase-out in 25 years of all U.S. tariffs on Japanese automobiles.

Additionally, Japan side-stepped the issue of currency manipulation despite accusations of artificially suppressing the price of the yen in order to aid its exports, according to Reuters. The deal had no specific provisions on currency policy, only requiring a forum on the issue among finance ministries.

U.S. Trade Representative Michael Froman described the deal to the New York Times as only “an important first step,” as the TPP must still be ratified by the government of each state party. While the TPP seems poised to pass in many of the signatory states, its chances in the United States seem rather grim. Having already been denied fast-track authority on the deal by the House of Representatives earlier in the summer, President Obama still faces bipartisan opposition to the TPP.

Many Democrats and Republicans in both the House and Senate oppose passage of the deal as it stands now, albeit for different reasons. Democrats fear the deal’s effects on U.S. manufacturing and global climate change efforts. Republicans oppose the deal due to the lack of strong intellectual property protections and currency control, as well as restrictions on the litigation powers of certain industries, such as tobacco, against other states.

The Obama administration faces no less of a challenge in the presidential field on one of the president’s pet policies. In the recent Fox Republican debate, all GOP candidates expressed opposition to the deal. Former Secretary of State Hillary Clinton, after calling the deal the gold standard during her tenure, says she is opposed to the final version, which is very different from the deal she saw as secretary. Senator Bernard Sanders said on Twitter, “In the Senate, I will do all that I can to defeat the TPP agreement.”

An additional challenge to the nascent agreement is the exclusion of China. The Asian power had no role in the negotiations and is not a party to the TPP, although it might yet join. Japanese and Malaysian ministers have said that China’s entrance into the deal would do much to aid in stabilizing the region, according to the Council on Foreign Relations. Reuters has even quoted China’s Ministry of Commerce complimenting the deal, saying that it would “promote and make common contributions to Asia-Pacific trade, investment and economic development.” President Obama, who has sold the deal as a counter to China, said he would welcome China into the TPP and told Politico that China has been interested in joining since early June. 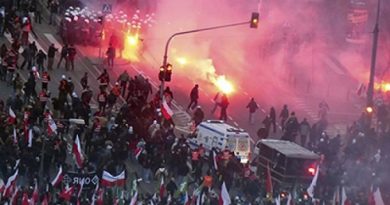