In July, King Salman of Saudi Arabia officially announced his nation’s support for the Iran nuclear deal. In the past, Saudi Arabia and Iran have never been the best of friends, but King Salman says that President Obama assured him of the deal’s success. However, perhaps there are other reasons for Saudi Arabia’s support that lie below the surface.

Saudi Arabia and Iran each belong to two strongly opposing Islamic denominations: the former is populated by Sunni Muslims, while the latter is a stronghold for Shia Islam. Religion aside, Saudi Arabia and Iran have been longtime rivals for power in the Middle East. Both nations have large supplies of oil and have established major alliances with Western powers: Saudi Arabia with the United States, and Iran with Russia. These partnerships in and of themselves suggest the enmity between the states.

So how could Saudi Arabia be so easily persuaded to back the Iran nuclear deal, which allows more money and resources to enter the borders of their adversary? Furthermore, what does King Salman’s decision say about Saudi Arabia’s place in the international community?

The answer can be found in Saudi Arabia’s interests in the Middle East and its own national security. First, since his ascension in January 2015, King Salman promoted the formation of an alliance among Sunni Middle Eastern nations. While most Sunni nations are in the neighborhood of Saudi Arabia, Iran stands between Saudi Arabia and Pakistan, which would be a valuable addition to King Salman’s alliance due to its nuclear capability. King Salman reached out to Pakistani Prime Minister Nawaz Sharif in 2014 to create closer ties between their nations. Unfortunately, Prime Minister Sharif commented that Pakistan could only accommodate small measures of support at the time, due to domestic issues.

Then again, one of the quickest ways to transfer resources from Pakistan to Saudi Arabia is through the Arabian Sea along the border of the Iranian Coast. This may not have been very appealing to Prime Minister Sharif, given the history between Iran and Saudi Arabia. However, if Saudi Arabia were to establish a relationship with Iran, other Middle Eastern nations might feel less threatened by the tension between the two.

On the other hand, an established relationship with Iran could have other benefits for Saudi Arabia, apart from the ability to build a Sunni alliance. In the modern era, nuclear capability has become the cornerstone of a nation’s defense policy, and Saudi Arabia lacks exactly that. Conversely, Iran is notorious for its nuclear program, and while the Iran deal is meant to temper this power, there are benefits to being allied with a nation that possesses a nuclear arsenal.

Focus on Elections: Race for the White House Begins 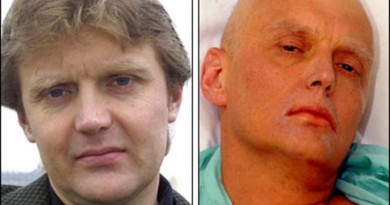