Beginning with the Puritans in the 17th century, the trend for immigration has gone up and down throughout the decades. During the Great Depression and WWII, it decreased until the Immigration and Nationality Act of 1965 was passed. This act removed quotas based on nationality and allowed the petitioning of family members.

Present immigration policies in the U.S. have become more complicated. Citizens are allowed to petition only certain family members. Those who are coming temporarily or permanently for employment reasons are divided into five categories, which all have quotas.

Refugees are a sizeable portion of U.S. immigration. They are admitted based on their situation, if they are part of any special interest groups, and whether they have family members already living in the U.S.

Immigrants who are already in the U.S. can apply to stay for a longer period if their country of origin is politically unstable. A Diversity Visa Program, also known as the Green Card Lottery, was established in 1990.

Despite the reputation of the United States as a nation of immigrants, where Americans can trace their ancestries to a variety of countries, immigration remains a controversial topic in American politics society.

The 2013 American Community Survey reported more than 41.3 million immigrants in the United States, or about 13 percent of the total population. However, it is estimated that 11.4 million of these immigrants are unauthorized.

Throughout his presidency, President Barack Obama has advocated for immigration reform. According to the Guardian, during Obama’s presidency, certain government sectors have opposed and hindered immigration reform legislation. For instance, the DREAM Act of 2010 aimed to protect the children of undocumented immigrants from deportation.

In 2012, Obama ordered immigration enforcement agents to defer action to people who arrived in the U.S. as children. This was estimated to affect about 580,000 immigrants and provided a path to work permits.

In 2013, the Senate passed legislation that included a 13-year path to citizenship for undocumented workers. It also proposed allocating $40 billion to border security, but failed to pass the House of Representatives.

According to CNN, Obama called to target dangerous undocumented immigrants, while others would be given an extra three years to stay. Obama also aimed to provide jobs to the parents of U.S. citizens who have lived in the country for over five years, and to remove the age limit of 30 for those in the Deferred Action for Childhood Arrivals (DACA) program.

However, on February 17, President Obama’s reform was setback when a federal court judge ordered the court programs to be halted, the New York Times reports. The ruling stated that Obama’s reform would pose burdens on the states and their budgets.

Recently, Pope Francis spoke about immigration in the first Papal address to a joint meeting of Congress. USA Today reports that he called for Americans to be open to immigrants from around the world, in light of the refugee crisis presently inundating Europe. He asked Americans to think of the refugees as people, and not simply as numbers.

Despite the Pope’s speech, prospects for substantial immigration reform seem slim because of dichotomy in the U.S. government, with an even wider variety of positions within the Republican Party.

For instance, some Republicans in the 2016 presidential race, such as former Florida Governor Jeb Bush and Senator Marco Rubio, support immigration reform. Others, such as Donald Trump, plan to limit immigration instead of expanding it.

Regardless of which party will win the White House, House Republicans under majority leader Dave Brat will continue to block immigration reform—a setback for any Democratic Party candidate.

However, Secretary of State John Kerry announced on September 20 that the United States will raise the immigration cap from 70,000 to 80,000 in the next fiscal year, in anticipation of the influx of refugees fleeing conflict zones in the Middle East. 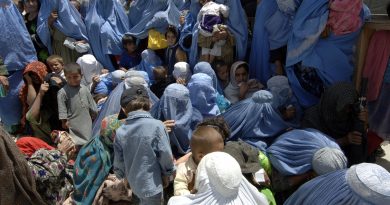 Trump: A Punchline Leading the Polls 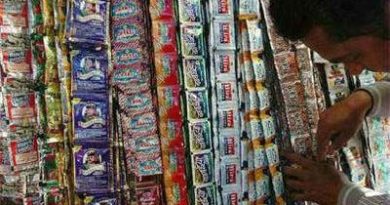