In 2009, President Barack Obama stated in a public address, “I believe in American exceptionalism, just as I suspect that the Brits believe in British exceptionalism and the Greeks believe in Greek exceptionalism.” The comment apparently poked the slumbering Uncle Sam in former New York City Mayor Rudy Giuliani. According to Politico, in early February, Giuliani stated, “I do not believe — and I know this is a horrible thing to say — but I do not believe that the president loves America.” In further remarks to Fox News, Giuliani revealed that he believes he hears Obama “criticize America much more often than other American presidents.”

That is a whole lot of criticism; however, the ideas Giuliani expresses actually make sense, in context with the growing trend of American exceptionalism. All politicians have an agenda to appear more desirable to his or her constituents, and being seen as patriotic is a must for any contender in the political arena. It is not as if sweater vests with flag pins are anyone’s first choice for a fetching ensemble. Yet, the idea that America is “number one,” the best, and superior to any other organized civilization in existence or even all of history, appears to be dominating the mindsets of leaders from all locations on the political spectrum.

For example, according to CNN, six states have introduced bills to alter the standards of AP History courses. They seek to “emphasize the idea of exceptionalism” and “downplay” chapters of American history that contradict that rhetoric.

So let’s give some credit to Giuliani’s insights. Perhaps, President Obama is a more critical president than most. I do not believe this makes him any less of a constitutionally devoted individual than any other United States president. Every day,, he assesses, leads, provides for, and protects a country which is filled with raging red-and-blue-tied politicians bellowing over his credentials and his motives. A president that gives his nation tough love is a president who cares. It would be easy for Obama to release a few soundbites about how marvelous of a land America is, then stand back and enjoy the applause. But that creates a stagnant atmosphere; if we are already the best, then what?

Is the “best” nation one that began with the coercion, forced relocation, and murder of its native inhabitants, or the centuries-long practice of slavery? A nation that is responsible for the horrors of Japanese concentration camps, and the deaths of millions of foreign civilians in wars, some of which to this day have sketchy motivations? I find no room in my vocabulary for “the best” to include a nation which currently has one of the largest wealth gaps in the developed world, a faltering police to civilian relationship, and a lagging education system.

We need to look back as we take our next steps forward. The wrongs of American history should be taught in classrooms, so that it is understood to never happen again. There is absolutely nothing “exceptional” about attempting to self-righteously blot the pages of history, unless the phrase one is searching for is “exceptionally arrogant.”

The United States is a nation of innovation. We need to address our faults to understand how we can live up to the American Dream. What is for certain is that nothing kills that dream more than people who assume that the work is over. “The Dream” is ever evolving, and it requires hindsight and application of humility towards the goal of progression in the moral and social standards of its citizens. Being exceptional does not mean that we didn’t make mistakes; being exceptional is how you move forward from them. 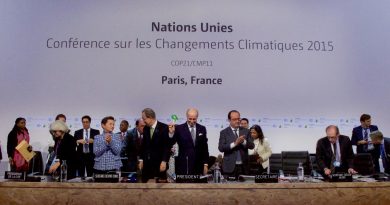 The U.S. Officially Pulled out of the PCA- Here’s Why We Should Also Blame the Treaty 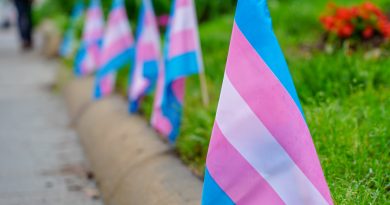