On March 2, the Joseph A. Unanue Latino Institute and the School of Diplomacy brought together a group of experts to analyze the opening of relations between Cuba and the United States, and the role played by the Vatican. The Holy See was vital to this breakthrough, one of the most important chapters in diplomacy in half a century that is sure to have an impact not only on the Americas, but also throughout the world.

The event was moderated by the School of Diplomacy’s Dr. Benjamin Goldfrank together with a panel who discussed how this diplomatic feat came about and explored its effects. One of the points covered in the dialogue was the unraveling of the events that led to opening channels of communications between the former Cold War players.

Dr. John A. Gutierrez, an Assistant Professor of Latin American and Latino Studies at the City University of New York’s John Jay College opened the panel discussion with Cuban politics. He earned a bachelor’s degree in History at Vassar College, with a masters in Philosophy, and a doctorate in History at the CUNY Graduate Center. Professor Gutiérrez’s principal academic research focuses on the intersection of medicine, modernity and politics in the Spanish-speaking Caribbean.

“Unlike places like Mexico, El Salvador, or even the neighboring Dominican Republic, for example, the Catholic Church in Cuba has been historically a weak institution on the island,” Dr. Gutierrez stated.

Susan Eckstein is the former Director of Latin American Studies and Professor of International Relations and Sociology at Boston University. Dr. Eckstein’s has written extensively on Mexico, Cuba, and Bolivia, and on immigration and its impact across country borders. “This change in relations is not something that will happen overnight because of the 50 odd years of tense, minimal, and hostile relations; a lot of barriers have been built up,” she said, further elaborating that “the barriers that are not just between the United States and Cuba, but also within the United States between Congress and the White House.”

The panelists agreed that although the opening of diplomatic channels between both of these countries is a great first step, there are still a lot of barriers to overcome. For example, Dr. Eckstein highlighted in her presentation that among the likely changes are normalizing diplomatic relations, lifting the embargo, removing Cuba from terrorism watch list, resolving property claims, and adopting democracy promotion programs.

Mario Paredes is currently with the American Bible Society as Presidential Liaison to the Roman Catholic Ministry, as well as Founder and Chairman Emeritus of the Board for Catholic Association of Latino Leaders (CALL). He was made Knight Grand Cross of the Equestrian Order of the Holy Sepulcher of Jerusalem in 2012. Mr. Paredes spoke at length of the push by Pope Francis and Pope John Paul II to improve Cuba’s relationship with the international community, stressing literature written in 1998 by then-Archbishop Jorge Mario Bergolio, now known as Pope Francis, called Dialogues between John Paul II and Fidel Castro about the former Pope’s visit to Cuba. Because of Pope Francis’s admiration for his predecessor, he continued his work as an intermediary and facilitator.

The panel discussion raised the fascinating subject of a turning point in U.S.-Cuba relations which can be of interest not just for students of Diplomacy and Political Science, but for anyone interested in current international affairs. The event was made possible thanks to the efforts of the School of Diplomacy and the Joseph A. Unanue Latino Institute in celebration of the latter’s tenth anniversary. 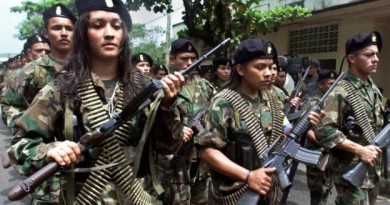 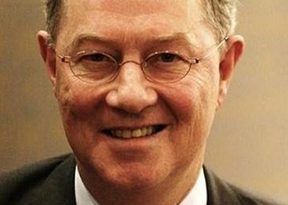