Venezuelan President Nicolas Maduro commented recently on the arrest of Antonio Ledezma, mayor of Caracas, on charges of involvement in a coup allegedly sponsored by the United States against Mr. Maduro. While the U.S. has denied all accusations of any such plot, President Maduro remains adamant that Mr. Ledezma was conspiring with the U.S. to over throw his Socialist government.

While the United States and Ledezma have denied any coup plot, public support has been with President Maduro. The United States has a history of interfering with Venezuelan politics, including an attempted coup against the government of Hugo Chavez in 2002. Many leaders of the Venezuelan opposition will admit that there is a radical faction in their ranks who would like to see a coup.

According to Reuters, Lorent Saleh, a student currently in custody for similar charges, was featured in a video released by the government, in which Saleh connects Ledezma to the faction by referring to the mayor as “an old fox” and “the politician who has most supported the resistance.” The prosecutor of this case stated that the video is among other evidence that will be used at Ledezma’s trial.

These allegations coincide with rising political and economic tension. Venezuela’s economy is failing with inflation rates hovering around 70 percent, the highest in South America, according to The New York Times. Faith in the country’s Socialist government and the President’s approval rating are at an all-time low. Many Venezuelan opposition leaders argue the true reason for Ledezma’s arrest was to hide the government’s problems before the upcoming midterm elections.

“They’re trying to distract us,” a Ledezma supporter named Rosibel Torres said to Reuters. These comments echo the sentiments of many others who are protesting Mr. Ledezma’s arrest. The movement against Ledezma’s arrest breaking out across the country is reminiscent of the deadly anti-government protests that broke out last year in Venezuela around the same time.

This is not the first time Mr. Ledezma has clashed with Chavez and Maduro’s United Socialist Party of Venezuela. His election as mayor of Caracas in 2008, beating out USPV member Aristobulo Isturiz, was not warmly received by the federal government. After his victory, the Venezuelan National Assembly passed legislation creating a new administrative body under a Chavez appointee, to which most of Mr. Ledezma’s powers and responsibilities as mayor of Caracas were transferred. Mr. Ledezma responded with a hunger strike.

Similar accusations of coup-plotting have been pinned on politicians in neighboring Colombia, although forcefully denied by Colombian President Juan Manuel Santos. However, Mr. Santos has spoken out on Ledezma’s behalf, urging Maduro’s government to give the mayor a fair trial. The Colombian President’s action reflects the current state of relations between the two South American countries, with Mr. Santos also calling for the release of Leopold Lopez, one of Venezuela’s high-profile political activists. 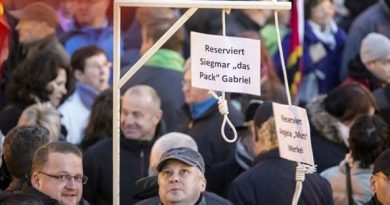