On January 22, Mario Draghi announced that the European Central Bank (ECB) will begin a program of quantitative easing (QE) in order to curb fears of deflation within the Eurozone. Speaking at the ECB’s headquarter in Frankfurt, Draghi outlined a program that will buy €60 billion of Eurozone bonds from central governments, agencies, and institutions each month until September 2016. This should help infuse new money into the European economy and hopefully spark economic growth.

The Eurozone has seen slow economic growth since the 2008 recession. According to the International IMF, unemployment in France, Italy, and the rest of the Eurozone is still in double digits. Meanwhile, inflation has been declining further away from the ECB’s goal of just below 2%. However, there are deeper problems within the Eurozone. The announcement marks a clear shift away from a path that Germany had laid out of austerity and reform, albeit one that Draghi had been hinting at doing for a while. There are worries about division within the Eurozone and it’s shaping up to be a political squabble between Germany and the ECB.

The German push for austerity may very well have led the Eurozone into slower growth. Economist Paul Krugman notes the differences in approaches that the Eurozone and the U.S. took following the recession in a New York Times article. The U.S. had a bailout package and began a three phases of quantitative easing by buying up mortgaged-backed securities and treasury bonds. European bankers did the opposite in pursuing austerity rather than stimulus which “reflected a willful misdiagnosis of the situation” according to Krugman.

In late 2011, Draghi was named the president of the ECB and pushed for more aggressive action. Draghi implemented Outright Monetary Transactions (OMT), a policy that would buy sovereign debt from Eurozone countries, provided certain conditions were met. This is different from the current policy of QE because OMT required states to enact policies to counter any growth in the money supply, known as sterilization. The program was contested by the two German representatives on the ECB’s Board of Governors, but it passed regardless. More recently, in a speech given at the Brookings Institute in October last year, Draghi managed to anger the Germans once again. He called for reform that can lead to recovery, utilizing both monetary and fiscal policy to raise inflation. One of his solutions was for countries with “fiscal space” to use their resources to increase demand. The comment was directed solely at Germany.

Overall, the Germans feel that they have done enough for the Eurozone. They do not want to help countries that are not being responsible for the mess they got themselves into by running up huge debts. By 2013, Greece, Portugal, Italy, Spain, and France all had government debts running above 90% of their GDP, per IMF data. To Germany, none of these countries are doing enough to save their economies and control their debts. Meanwhile, the German Minister of Finance, Wolfgang Schäuble, downplayed any risk of deflation saying in an interview with Reuters, “There is no deflation danger in Europe…And there are no signs of this.” A few days

before the ECB announced its new QE policy, Angela Merkel spoke in Frankfurt about any ECB action. “It must be avoided that any action taken by the ECB in any respect whatsoever,” said the German chancellor, “could result in the impression that what needs to be done in the fiscal and competitive spheres could be pushed into the background.” She wants to make it absolutely clear that the QE program does not excuse countries from economic reforms. QE should ease pressure on some countries, like France and Italy, on pursuing budgetary and economic reform as bond yields fall around the Eurozone to record lows.

The division between the ECB and Germany is just one of the cracks in the Eurozone. With the recent elections in Greece, it is clear that a showdown is imminent between Greece and their debtors within the Eurozone. Greece has debt due back by the end of February and could face default between March and May. Yet with these disputes, many countries still want to join the Eurozone, with Lithuania recently joining at the start of 2015. Stocks rallied after the announcement throughout Europe. All might end up well economically, but there are some clear political wounds with the danger of more clashes ahead. 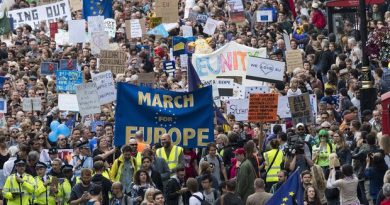 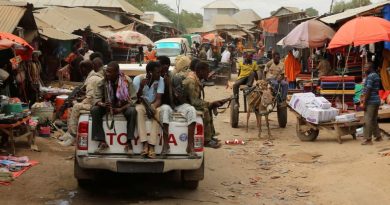