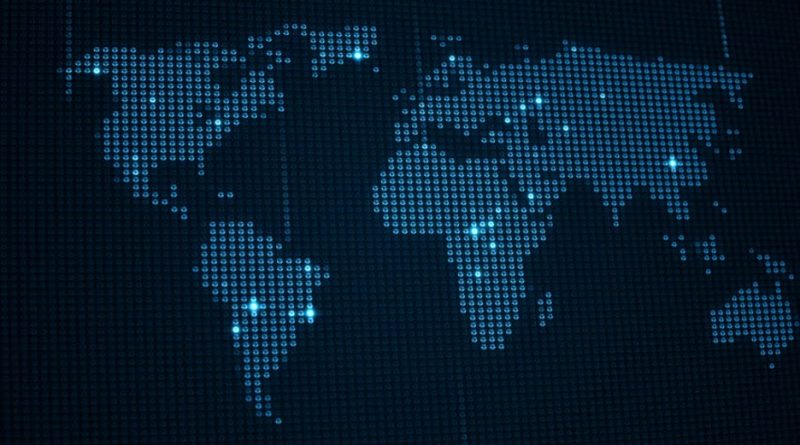 In the looming great power competition between the United States and China, alongside the ever-present aggression of Russia, one might believe that public officials taking bribes from transnational criminal organizations such as the Mob, Triads, or Bratva is an insignificant issue to U.S. national security. However, there are tangible ties between the intelligence services of U.S. adversaries and transnational criminal organizations that give the policymakers of our adversaries an advantage when making decisions. In order to combat this threat, our intelligence community must establish an interagency task force to investigate public officials who collaborate with transnational criminal organizations from adversarial states. The U.S. State Department must work with its counterparts and security partners to create a multinational effort aimed at reducing corruption tied to adversarial states.

Alarmingly, China has begun to display how effective this strategy can be when applied to a long-term U.S. ally as a means of enhancing its own security infrastructure. China leveraged this relationship during the 2019 Hong Kong Pro-Democracy Protests, where the 14K and Wo Shing Wo Triads assisted law enforcement entities in quelling the protests. In other words, Beijing used Triads to beat up protestors on trains. However, while suppressing protests is an incredibly disturbing move, it is more concerning that China is using this unholy alliance to undermine the governance of a strategic U.S. ally, namely the Philippines.

Since the election of President Rodrigo Duterte, who is now facing a probe from the International Criminal Court over his brutal ‘war on drugs’, the Philippines has experienced warmer relations with China that stem from an illicit relationship with Chinese drug traffickers. Former law enforcement official Eduardo Acierto alleged that Michael Yang, a Chinese businessman and former economic advisor to Duterte, was connected to Chinese drug traffickers. Yang’s appointment was notable since it skirted the bidding process prescribed to foreigners who work as advisors in the Philippine government. Acierto blew the whistle and alleged that Duterte ignored intelligence reports which hinted at this relationship. Duterte’s collaboration with Chinese criminal organizations also helps understand the pro-Beijing actions Duterte has taken since his election. Notably, Duterte has allowed a World Bank blacklisted Chinese government-owned construction company to build an international airport near key military installations. Additionally, he refused to enforce a court ruling in the Philippines’ favor over maritime border disputes with the Chinese government. A multinational U.S.-led counter-corruption effort could have bolstered Acierto’s ability to pursue his claims of corruption, and if proven, could have limited the temporary Philippine pivot to China and preserved a longtime U.S. ally in the contested South China Sea.

The Chinese government is not the only adversary taking advantage of this gap in U.S. national security as seen with the Russian government and the Bratva having a long history of collaboration with one another especially when Russia is attempting to further its foreign policy goals. In 2010, prosecutors attested that the Russian government was using the Bratva to undermine security in Turkey, a NATO member state, by arming Kurdish rebels. While Russia previously used the Bratva to conduct operations that officially the government could not, that was Russia eleven years ago. Today, a more assertive Russia may find it acceptable to use those networks of bribed law enforcement officers and customs officials to funnel weapons to non-state actors in an attempt to disrupt our security alliances, smuggle spies into the U.S., or even use these compromised agents as spies for Russian intelligence. The advantages of allying with transnational criminal organizations that the U.S.’s adversaries are taking advantage of should be of grave concern to the U.S. intelligence community. Corrupt public officials are particularly vulnerable to two main spy motivations, money and compromise and thus if they were privy to classified information then they would be prime targets for spy recruitment by U.S. adversaries.

China can continue to use the vast networks of the Triads not only to undermine governance in our strategic partners but, like the Russians, use the vast networks of corrupt law enforcement officers and cultivate them into spies either by bribing these officers directly or by using their relationship with these criminal groups to compromise them. This is a gap created by the separation of transnational criminal organizations and espionage imposed by our intelligence and law enforcement communities despite our adversaries steadily blurring that line. There are task forces that address a myriad of threats and even foreign influence broadly; however, they do not seem to tackle the fondness the U.S.’s adversaries have for using organized crime to undermine U.S. influence and destabilize our partner’s security.

The American intelligence community is robust and adaptable in the presence of new challenges. Post-9/11, the intelligence community reorganized itself to address its faults. The reforms went as far as establishing two new national offices, the Department of Homeland Security and the Office of the Director of National Intelligence. In the face of rising threats from Russia and China, we must again reform our thinking and acknowledge that good counterintelligence must incorporate counter-corruption as well. The organs of our intelligence community must come together through an interagency task force to tackle corruption at home that stems from transnational criminal organizations. This task force should originate in both the Federal Bureau of Investigation and the State Department. The FBI would handle the domestic effort since it investigates public corruption and organized crime alongside conducting counterintelligence operations. This would be complemented by a State Department led effort with our allies to coordinate counter-corruption and anti-organized crime efforts to effectively limit their use by U.S. adversaries. Doing so would preserve the advantage the U.S. and its allies have when formulating policy towards Russia and China along with limiting their ability to influence and create policies against us.

One thought on “In the New Cold War, Counter-Corruption is Counterintelligence”