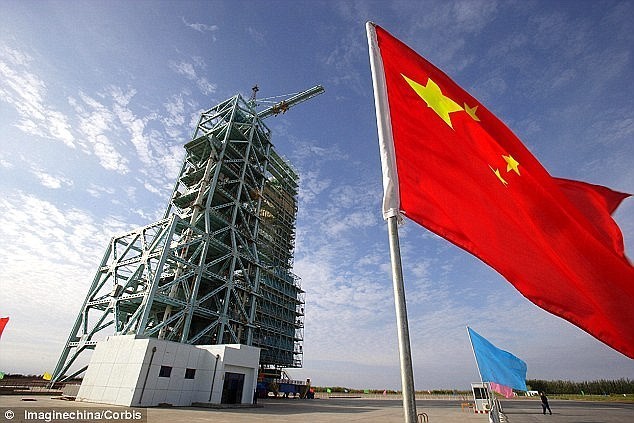 The science fiction novel Ghost Fleet opens as China launches a surprise attack on the United States, beginning first in space and moving to Earth as the People’s Liberation Army activates sleeper technology embedded in American military vehicles and munitions (which were, of course, built in China) and overruns Pearl Harbor.  The book’s stark picture of the risks of overreliance on technology in warfare earned it a place on the Army Chief of Staff’s Professional Reading List in 2017.  From a security perspective, the book demonstrates how electronic warfare can move beyond PLA Unit 61398 and “troll factories,” bleeding into conventional land, air, and space conflict, decisively turning a battle or war.

Eight years before Ghost Fleet was published, Christopher Layne recommended that rather than continuing a grand strategy based on a preponderance of power, the US should move towards a policy to balance powers, disengaging from overseas obligations in order to protect national security.  He argued this would cost less, risk less, and therefore allow the country to focus on domestic issues.

Last month, the Defense Intelligence Agency issued a report on Chinese military power, noting that China sees itself as an ascendant power and is modernizing its military to secure national security interests both within and beyond its borders.  China announced details of a plan to restructure its military, halving the number of ground troops in the People’s Liberation Army while greatly increasing naval, air, and space power.  Recent crackdowns on Chinese Christians, Muslims, and political groups show the government is indeed working to maintain domestic stability.

A second DIA report notes that Chinese operations to clean up space debris could easily be a cover for operations against US satellites, eerily echoing Ghost Fleet’s catastrophic first chapter.

Is China attempting an offshore balancing strategy or getting ready for a swing at the king?  To clarify: is China sacrificing its ability to influence areas outside its borders in order to shore up control within, or is China signaling that the next war begins in space?  Perhaps a better set of questions might be: which would be better for the US, and how can the US encourage it?

Would the US benefit from China’s offshore balancing?  This strategy would mean abandoning dreams of Chinese hegemony, which the US would like very much indeed, thank you.  China has growing interest in military footholds in the Philippines and elsewhere in the South China Sea, and recently set up a new military base in Africa to cement its presence on the other side of the world.  US naval movements in the South China Sea are already generating friction with China, so Chinese offshore balancing may be irrelevant if American strategic interests continue to overlap with theirs.

How would the US fare in the world’s first Space War?  Currently the US has over 800 satellites in orbit.  The satellites collect data for everything from defense intelligence, to civilian communications, to weather.  America only launched its first jam-resistant military satellite in October.  The Pentagon’s “Space Force” and space-based missile defense still have yet to get off the ground (pun intended), so US ability to respond to or prevent an attack on satellites is disproportionally slim compared to the damage and disruption such an attack would produce.  I cannot begin to calculate the economic impact alone from an attack on communications.  The logistics of force projection precludes China from an invasion on mainland America, but Space War (perhaps paired with a cyber-attack on terrestrial IT infrastructure) could easily knock the US off its great power perch.

Personally, I think China’s recent moves indicate an attempt at balancing, rather than preparation for a decisive strike against the US.  I believe they will focus on controlling their population over actively shaping the world in their image.  The US is China’s biggest trading partner, and a debilitating attack on the American economy would not be in China’s interests, as unemployment increases domestic instability.  China’s gender imbalance will further challenge the country’s ability to maintain domestic control, given the link between an abundance of young men and political instability.  The biggest threats to China’s government lie inside their borders.

Ghost Fleet ends with scrappy Americans winning the war by using analogue technology, and I think the message of unconquerable human ingenuity is worth promoting again.  As we brainstorm how to protect civil communications infrastructure and wait for Space Force to blast off, the US should emphasize diplomacy.  Diplomacy can help both countries better understand the other’s aims and fears, reducing the possibility of a looming security dilemma and other dangerous misunderstandings.  Additionally, as China increases internal pressure on its population, diplomacy can address inevitable human rights concerns.  Diplomacy in concert with the rest of the world is the best way to engage with China going forward.

Eleanor Baldenweck is a graduate student at the School of Diplomacy and International Relations at Seton Hall after eleven years of active-duty military service.  She is particularly interested in international security and conflict management.  She enjoys reading (and ranting about) the news.