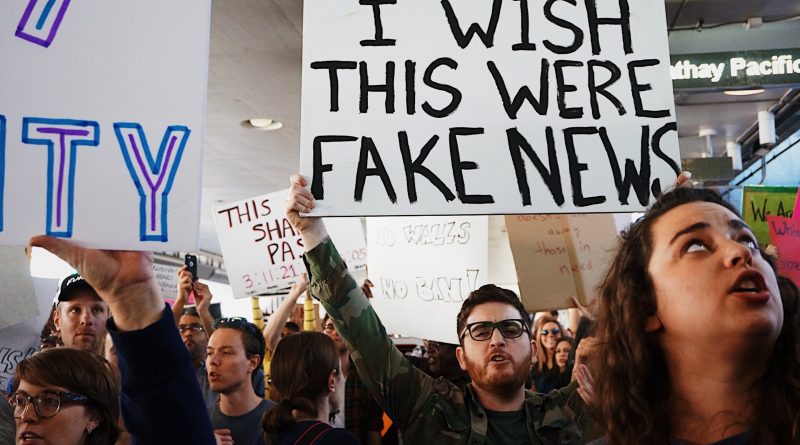 Disinformation is defined as deliberately misleading information or false narratives which are spread to purposefully alter perceptions. Lawrence Martin-Bittman, known as the “master of disinformation,” describes that the effectiveness of disinformation campaigns lies in the fact that they are often built upon a true or plausible core and exploit existing biases, divisions, and inconsistencies in a targeted group or community. Disinformation campaigns—especially those aimed at religious, ethnic, and racial groups—continue to be a growing threat on social media. They undermine the value behind the free exchange of ideas in liberal democracies, yet countries like the U.S. and Israel refuse to codify censorship into their policies on internet exchanges. Ambiguity in control and policy over the internet and its accessibility allows states to use it for their own goals. With Facebook’s non-regulated ads and Twitter’s accessibility, it is easier than ever to spread false information.

The Case of Israel

As advocacy for Palestine increased globally, championed by leaders and citizens of other countries, state-sponsored foreign actors launched disinformation campaigns to undermine Palestinian solidarity. It is no secret that discrediting the Palestinian opposition and effectively deterring support for Palestine would propel Israel’s political objectives. It has resulted in growing uncertainty over the validity of news reports authored by Western media—specifically NPR—which argue that coverage of the Palestinian-Israeli conflict are manipulative, distorted, and underestimate the negative effects on Israelis while overestimating the suffering of Palestinians.

However, the actions of Israeli foreign actors—spreading disinformation campaigns to amplify Islamophobia—are paradoxical and sources speculate that they are fueled by nationalist sentiments. By convincing the public that anyone supporting Palestine is against all Jews, the Israeli government takes attention away from the oppressive policies and tactics towards Palestinians to reinforce its own narrative. Israeli-backed disinformation campaigns portray Palestinians as terrorists while also painting human rights groups advocating against the occupation of Palestine as suspicious. Palestinian human rights groups have been accused of selective citations, half-facts, and insinuations but, ironically, the disinformation group spearheading these accusations—NGO Monitor—was found guilty of perpetrating them.

Journalism in Palestine is strictly regulated by Israeli authorities. With a lack of information, Palestinian journalists are forced to work with limited, often distorted sources, resulting in the public relying on dubious reports that are laced with disinformation. The Arab Center for the Advancement of Social Media found that at least 72% of Palestinians are exposed to disinformation, leading them to question their own authorities and media. Information about the occupation is strictly barred from all media outlets, leading to the heightened frustration of Palestinians who are forced to watch their statehood, homes, and families suffer.

Through posts and paid ads, people can advertise whatever they want, and Facebook allows it because such discourse drives engagement and profit. Mr. Radcliffe, a panelist on the UN International Media Seminar on Peace in the Middle East asks: “is it all the fault of algorithms giving us what they think we want, or do gaps in news coverage lead people to Facebook and private WhatsApp groups because there are no conversations that appeal to them?” Weaponizing social media is dangerous and makes journalism a more challenging job; thus, there needs to be calls for better regulation by tech companies, or at least better tools to verify information. In the case of the Palestinian-Israeli conflict, old pictures and videos are sometimes spread to show the violence Israeli authorities inflict on Palestinians. While there is violence happening in real-time, the spread of outdated media discredits the situation, allowing governments to deny allegations of misconduct. The International Criminal Court (ICC) recently opened an investigation into war crimes committed by the Israeli government. Ideally, the investigation and evidence uncovered will shatter the false narrative of Israel’s innocence and the “unjustified” retaliation against Palestinians.

Disinformation causes divisive narratives to quickly escalate into violence. When state-backed entities support those narratives, human rights abuses and misconduct are often swept under the rug, which may set a dangerous international precedent. For change to happen, tech companies should promote objective media through targeted fact-checking in areas where dubious sources are known to populate the news and social media cycles. Governments should not pass policies to censor information but rather hold tech companies accountable for continuously allowing the spread of disinformation campaigns. It is necessary for collaboration at every level—government, tech companies, and citizens—to combat disinformation and promote the conscious consumption of information globally.