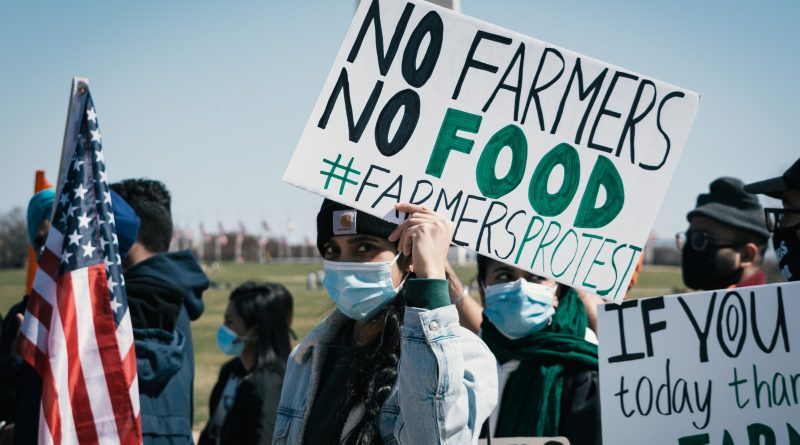 Religious freedom is a basic and fundamental human right in many parts of the world; however, there are still countries that continue to deny religious minorities the right to freely practice their religion. Religious persecution in India is currently at an all-time high, with the Sikh minority being attacked at home by its own government—which continues to perpetuate and ignore anti-Sikh violence—and abroad. According to the United States Commission on International Religious Freedom’s (USCIRF) Annual Report on India, there were over ninety religion-based hate crimes that resulted in thirty deaths in 2019 alone. India is a party to several UN declarations, such as the International Covenant on Civil and Political Rights, which reaffirm the sentiment that member states are obligated to provide protections against discrimination for minority groups regardless of race, gender, or religious affiliation. However, the government continues to allow individual Hindu nationalists to intimidate and terrorize the Sikh minority without consequence.

The Hindu majority has been at odds with the Sikh minority since the British colonial era. British provocation prompted internal strife within India, which was later perpetuated with Operation Blue Star in 1984, when the Indian government ordered the army to attack the Golden Temple, leading to the assassination of Indira Gandhi by two of her Sikh bodyguards. The assassination was a turning point in Indian history, as it led to the 1984 anti-Sikh riots, which were conveniently labeled “riots” to take accountability away from the government’s involvement in inciting anti-Sikh rhetoric. The term riot implied that the violence against Sikhs was sudden and unexpected, though this was not the case as the government was using inflammatory language against Sikhs long before the Operation and ultimately bred resentment and division among Hindus and Sikhs. Government officials attended these riots and supported mobs who attacked Sikh victims by encouraging rioters to continue attacking while simultaneously refusing to admit their involvement.

One of the reasons why the riots became unmanageable was because the police force failed to stop the mob from attacking Sikhs. This should have led to improved police training to adequately stop and prevent anti-religious violence. The Indian government was obligated to protect its minorities but failed to do so and officials need to, at the very least, acknowledge their failures and take steps toward passing inclusive laws which protect its religious minorities. Currently, however, Indians may see history repeating itself with the Citizen Amendment Bill, which targets the Muslim minority. Government officials who were involved in the riots need to be held accountable for their role in the 1984 events, of which caused an internal divide in the country and alienated its Sikh minority—to the point that Sikhs are looking to carve out their own state in what is known as the Khalistan movement.

The Khalistan movement has Sikh supporters abroad who are viewed as a threat to the Indian government. In February 2021, India sent a Mutual Legal Assistance Request to the U.S. for investigation into the Sikhs for Justice organization, in hopes that the U.S. would assist in extraditing Khalistan supporters. The U.S., along with other UN states, should urge India to prosecute against religious persecution and stand in solidarity with religious minorities by providing India with any necessary monetary assistance or personnel required to effectively train officers. Through their respective embassies, they should monitor religious minority groups with fears of being targeted and take the necessary steps to keep them safe. India is violating its declared commitment to democracy by allowing religious hate to run rampant in the government and among its citizens, and the U.S. and UN member states must reaffirm their support for religious minorities being targeted in their home countries.

Recently, Sikh Punjabi farmers gathered from across India to take part in the Farmer’s Protest. They protested new agriculture laws that were drafted, without consultation from the farmers, by the government. Some believe the aim of the laws is to push the farmers out of Punjab so the government can take their lands. Indian government officials involved in the right-wing Bharatiya Janata Party (BJP) tried to portray the farmers as “Khalistani terrorists” in an effort to equate the protests with terrorism. This is yet another attempt by the government to blame the Khalistan movement and Sikhism for unrest caused by the government’s actions. As of January 2021, the laws were suspended, and the Indian government has agreed to negotiate with farmers on how to proceed with new draft laws. Suspending the laws and agreeing to negotiate with the farmers was a considerable first step. As farmers in one of the largest countries in the world, their role is crucial to the survival of all Indians, and their matters should be heard and taken seriously. The Indian government should continue to accommodate its minorities and create laws that seek to integrate and include them rather than attempt to push them out of their homes and livelihoods. The government should also allow for more minority seats in Congress to ensure that representation is adequate, and laws are passed with proper consultation from all parties who are affected.

India has not only persecuted minorities within its own borders but has tried to do the same abroad. As a party to the UN, India is obligated to create laws that will uplift its minorities. UN member states also have the obligation to protect these minorities and ensure that other countries are not infringing on minority rights by providing assistance and guidance on how to encourage the protection of religious minorities. Moreover, the international community must be a stronger advocate for religious minorities by passing stricter legislation that does not tolerate persecution and aims to maintain their full rights as religious minorities and as humans.

Sohaa Khan is a M.A. Candidate at the School of Diplomacy and International Relations at Seton Hall, specializing in International Law and Human Rights and Asian Studies. She is an Associate Editor and Social Media Associate for the Journal of Diplomacy and International Relations. She completed her Bachelor’s degree in 2018 from Rutgers University where she double majored in Political Science and Criminal Justice. This is her second piece published with the Journal.