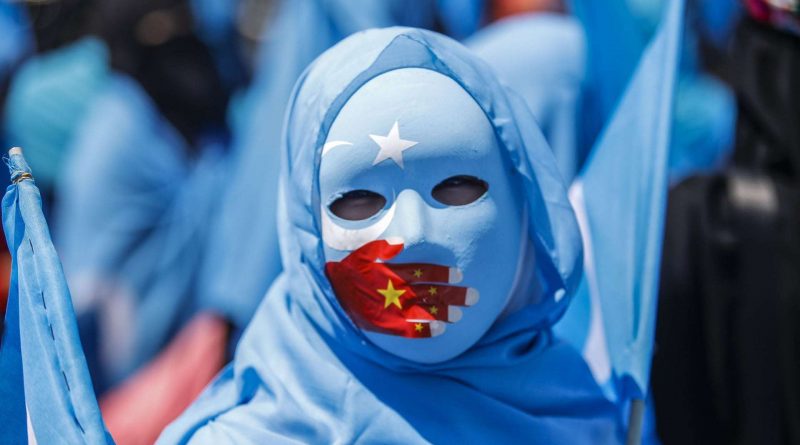 State-sponsored persecution and unlawful vigilantism characterize the sociopolitical conditions of many Muslim minority communities. The French Senate’s latest proposal to ban the hijab in public settings and the ongoing exodus of Rohingya refugees from Myanmar spotlight only a few manifestations of Islamophobia in countries across the globe. The laws and rhetoric against Islam and Muslims have led to violent killings, mass migration, and even genocide. These are not merely isolated case studies of Islamophobia but global trends that need to be challenged. Governments have mobilized targeted efforts against the beliefs and practices of Muslims, effectively rejecting international standards which safeguard religious pluralism and the freedom to worship

The Chinese government’s systematic persecution of Uighur Muslims has been recognized as a genocide by the United States and several other countries. According to the United Nation’s Convention on the Prevention and Punishment of the Crime of Genocide, governments that engage in systematic oppression, ethnic cleansing, or mass sterilization with the desire to “destroy, in whole or in part, a national, ethnical, racial or religious group” satisfy the essential conditions of genocide. Millions of Uighurs have been separated from their families, sterilized, and forcibly gathered into internment camps. Although President Xi Jinping describes these facilities as re-education camps and vocational training centers, evidence has emerged to indicate otherwise. Crimes against humanity are being systematically executed—subjecting the Uighur population to forced abortions, sterilization, torture, forced labor, and rape. The Chinese government has dismissed accusations of genocide as sensationalism and propaganda.

China justifies the targeted crackdown of Uighurs by maintaining that their re-education is critical for mitigating threats of terrorism, Islamic extremism, and separatist activity. The state-sponsored campaign began by discouraging burqas and veils, persecuting government officials who observed Ramadan, and selling pork and alcohol in Muslim neighborhoods. Over the years, the government’s oppression of Uighurs escalated into a full-scale ethnic cleansing campaign and is now what can only be described as one of the worst mass atrocities in the modern world.

Hate crimes and violence against Muslims have steadily increased in India since Prime Minister Narendra Modi assumed office. According to a report by Human Rights Watch, statements by Bharatiya Janata Party (BJP) leaders have “encouraged and even incited violent attacks by party supporters who believe they have political protection and approval.” The divisive rhetoric and anti-Islamic sentiment have resulted in violent and targeted campaigns against Muslim minorities who are suspected of selling or eating cow beef. ‘Cow Protection’ groups have attacked and killed those involved in the cattle trade, with thirty-six Muslim victims identified from 2015-2018. The violent vigilantism against Muslims has gone largely unchecked, ignored, and remains justified by some BJP leaders.

India’s citizenship law, the Citizenship Amendment Act (CAA), has only cemented and intensified the country’s growing anti-Muslim sentiment. The law offers citizenship to Hindu, Sikh, Jain, Buddhist, and Christian migrants from Bangladesh, Pakistan, and Afghanistan but clearly excludes Muslims. The law aims to provide asylum to communities fleeing religious persecution but explicitly ignores the millions of Muslim Rohingya refugees in Bangladesh and Hazara Shias in Afghanistan. The discriminatory law prevents Muslims from being listed in India’s National Register of Citizens (NRC), a project enacted to keep official records of all legal citizens across the country. The NRC, coupled with the CAA, could provide pathways to citizenship to non-native Indians of various religious backgrounds but will exclude Indian Muslims if they cannot prove their lineage.

The Perceived Dichotomy Between Islam and National Pride

Islamophobia extends far beyond the borders of China and India. Muslim minorities in France, Germany, Myanmar, Sri Lanka, and elsewhere have experienced Islamophobic discrimination to varying degrees. The United Nations Human Rights Council found that Islamophobic sentiments have risen drastically. In March 2021, UN Secretary-General António Guterres addressed the issue of global anti-Muslim bigotry and discrimination: “unfortunately, far too often, stereotypes are further compounded by elements of the media and some in positions of power. Anti-Muslim bigotry is sadly in line with other distressing trends we are seeing globally.” As it relates to the formation of public opinion, politicians and the media are powerful actors; therefore, the weaponization of their rhetoric against a minority community is not only irresponsible but dangerous.

Muslims are seen as foreigners regardless of their nationality. They are treated as existential threats to the governments, communities, and countries in which they reside, and the evidence is clear. Uighur Muslims in East Turkistan are forced to pledge their loyalty to the Communist Party before they can embark on the annual Hajj pilgrimage, a pillar of the Islamic tradition. Muslims in India have been forced to eat pork and sing the national anthem by mobs and police officers. Likewise, Muslim women in France and Sri Lanka are fighting to ensure they can continue to wear burkas and hijabs. In nearly every situation, Muslim minorities are forced to recant their religious beliefs and publicly affirm their national loyalty above all else.

These situations accentuate the widely held belief that Islam and patriotism are mutually exclusive—that Muslims are averse to notions of national pride—and forms a narrative where being Muslim irreconcilably trumps one’s devotion to their homeland. Viewed as a threat to the fabric of sociopolitical structures, citizens cannot be Muslim and simultaneously affirm their national identity. Such perceptions should be rejected outright, as the otherization of Muslim minorities enables oppression, discrimination, and injustice. Whether through the use of soft power strategies like the “International Day to Combat Islamophobia”—which aims to raise awareness about the rise of Islamophobia globally—financial sanctions, or any range of foreign policy tools, state-sponsored discrimination against religious minorities must be recognized, confronted, and addressed in relation to the severity of oppression and crimes committed.