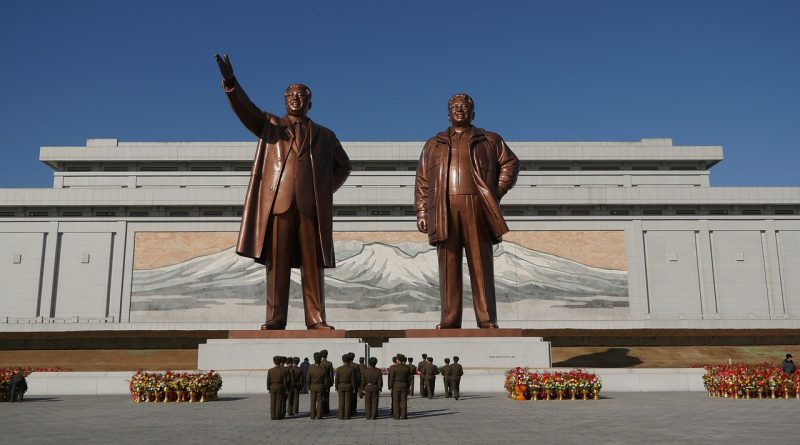 The Biden administration made its interest known in rejoining the Iran Nuclear Deal, but it has yet to release its policy towards North Korea. The legacy left from the Trump administration’s summits with North Korea is one of failure and stalemate. So where does that leave U.S.-North Korea relations now?

Kim Yo-Jong, Deputy Director of  Publicity and Information, expressed that the U.S. government should not create a “big stink” as Biden creates his  North Korea policy and attempts to answer  how the country should engage with North Korea. Should the U.S. outright demand denuclearization? Focus on more inter-Korean cooperation or multilateral cooperation between Japan and South Korea? China also plays a role in the equation; if North Korean representatives will not speak to the U.S. directly, could the answer lie in a third party and North Korea’s closest ally? These are questions and opportunities that Biden must consider as he moves forward, while also coming to terms with the legacy of his predecessor.

Bordering countries have a significant stake in the outcome of the Korean peninsula. For South Korea, the conflict is personal, and President Moon Jae-in wants to see more inter-Korean cooperation. President Moon encourages the U.S. and North Korea to find a mutually trusted road map and enter negotiations. However, his approval ratings are dropping as he is being criticized for his docile stance; meanwhile, North Korea continues to perform more nuclear tests in addition to blowing up  the Kaesong Industrial Complex, a liaison office used as a communication hub between the Koreas . The failures of previous U.S. presidents in preventing North Korea from testing their nuclear arsenal weigh heavily on the South Korean president, and the current status quo with its neighbor is not ideal. President Moon is also worried that if relations between the U.S. and China continue to deteriorate, then North Korea will capitalize on the distracted U.S.

For Japan, the fears of a nuclear North Korea are also prevalent. In 2017, Japan saw North Korea fly ballistic missiles over the island of Hokkaido and into the Sea of Japan. While the missiles did not harm anyone, the Japanese perception of North Korea worsened. Additionally, Japan has a long-overdue issue they wish to be resolved with the North: the abduction of Japanese citizens in the 1980s. Japan has attempted to normalize relations  with North Korea, but the issue of abduction is keeping the Japanese from meaningful interaction. North Korea does not see this as a matter of concern, as it returned five of the abducted back to Japan in 2004, though the status of the other eight remains elusive.  Prime Minister Suga is thus looking to the U.S. to negotiate since North Korea will not give them an audience.

China’s stance in this conflict is complicated, as they share a mutual defense treaty with North Korea but are also displeased with North Korea’s lack of restraint when using ballistic missiles. For China,  North Korea  is essential as a physical buffer between itself and the U.S.-allied bloc. It is thereby not in China’s interest to have North Korea act erratically, as evidenced by China’s efforts to shield the state from international sanctions. China is interested in the type of policies Biden will offer North Korea to exploit and use  as a bargaining chip in future bilateral relations.. Given these competing interests, as well as the shortcomings from the U.S.-China Summit in Alaska last month, cooperation is elusive between the two countries. However, the U.S. must consider China’s interests, as there can be repercussions for its allies. In 2017, for example, South Korea accepted the U.S. Terminal High Altitude Area Defense (THAAD) system in response to North Korean missile threats. China punished South Korea with trade boycotts, claiming the system was a threat to Beijing’s national security.

Western Narratives on an Eastern Conflict

Biden faces significant domestic challenges in formulating a North Korea policy. Given his predecessor’s harsh “fire and fury” stance on North Korea, any strategy Biden chooses will have domestic backlash if he does not include a strong position on nuclear disarmament. From a Western standpoint, such a position displays power, uncompromising resolve, and the perception of a robust and resolute U.S. But given that North Korea lies in the East, Western values and narratives often prevent any meaningful resolution, and could even worsen the situation. Additionally, a perception of the U.S.’ inability to negotiate will stymie not only U.S.-North Korea relations but relations with South Korea and Japan. North Korea would view the U.S.’ motives as a challenge, and its allies would receive the same hostile treatment, pushing North Korea further into the hands of its Chinese ally.

Many of the options available to Biden regarding negotiations on long-range missile capacity in the denuclearization process leave both Japan and South Korea exposed. For the North Koreans, nuclear weapons are not only critical for their survival due to the U.S.-South Korean and Japanese alliances, but also because the Korean War never formally ended, giving North Korea a rationale to not only keep their nuclear capacity but also to proliferate it. While everyone who has a stake in the Korean conflict wants North Korea to denuclearize, this is not a reasonably attainable solution. Rather, Biden should look to collaborate with China to contain the weapons North Korea already has and emphasize a move to negotiate with not only the North but also the South on a denuclearization process.

Is a Denuclearized Korean Peninsula on the Horizon?

Complete nuclear disarmament is just not feasible in the short term, as North Korea saw what occurred in Libya and Iran and are not going to release its only bargaining chip so easily. Out of fear of being ostracized domestically, it would be easy for the Biden administration to assert the complete denuclearization of North Korea as a national interest of the U.S.; however, this might prove counterproductive and shut the door to North Korea altogether since, from North Korea’s perspective, its nuclear weapons equate to its survival as a nation. There is no “one size fits all” strategy when it comes to North Korea. The U.S. needs to identify strategies that include other regional countries and capitalize on common areas of mutual benefit. Biden must look at the failures of his forerunners and realize that in the minds of U.S. adversaries, the war still rages on.

Kassi Bourne is a second-year M.A. candidate at the School of Diplomacy and International Relations who specializes in Asia Studies, Global Negotiation, and Conflict Management. Kassi works as an Associate Editor for the Journal of Diplomacy and International Relations. Originally from Texas and Kentucky, she moved to New Jersey to pursue her Master’s degree after spending several years teaching in Japan and attending Gifu University. Kassi is proficient in Japanese, and received her Bachelor’s degree from Northern Kentucky University in 2016. She is also a member of the Sigma Iota Rho honors society. Kassi is an aspiring Asian policy specialist who wishes to venture into public diplomacy following graduation.