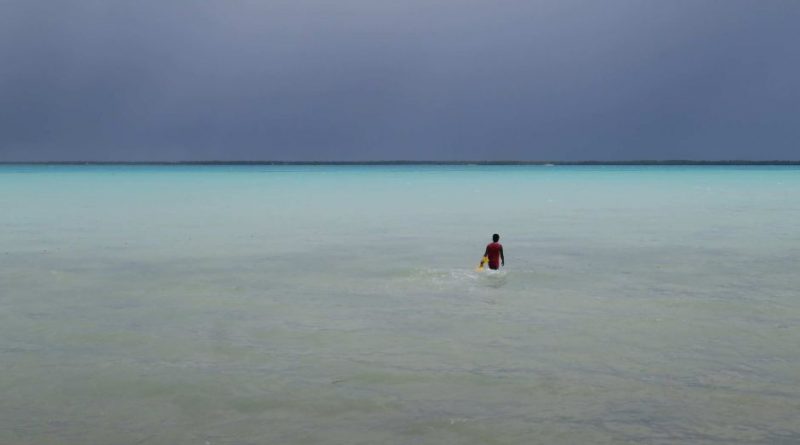 The global displacement crisis has reached the most critical level since World War II. The refugee system designed to protect individuals who are forced to leave their homes has failed. As a result, many refugees have enlisted the services of smugglers to aid them in entering countries that would otherwise reject or prevent their entry. Many have drowned, starved, and experienced high levels of extreme violence in their search for safety and asylum.

Climate change has steadily increased the rates of internally displaced individuals by creating resource shortages and influencing extreme weather events. Data from 2016 shows that 24.4 to 79.5 million people have been displaced due to natural disasters that are occurring at an increasingly higher rate. Individuals continue to move further inland within their state’s borders to escape the disastrous effects of climate change, which are often so severe that they forcibly displace local populations. Individuals become refugees, and as climate change is interconnected to other crises, they experience increased hardships (i.e., the fight to find resources).  Globally, the climate refugee crisis is contributing to a number of humanitarian problems. It is aggravating conditions in vulnerable regions and fueling political instability, ethnic cleansing, and surges of violence, all of which are becoming more frequent and apparent. As indicated by the increase in natural disasters, the effects of climate change are becoming too severe to ignore. Wildfires, floods, earthquakes, and hurricanes are occurring at a higher rate and causing more destruction. These natural disasters are only expected to increase in frequency and fatalities. Nowhere is this more apparent than in Kiribati.

Kiribati is an independent island nation in Oceania with a population of 117,606 people living among its twenty inhabitable islands. Kiribati has few natural resources and relies heavily on imports from other countries. It is one of the world’s poorest nations with a GDP of  US$194,647,201. Kiribati is isolated in the middle of the Pacific Ocean which leaves the country vulnerable to rising sea levels and varying climatic conditions. Electricity and running water are scarce, and its citizens suffer from diseases such as malnutrition and diarrhea. As the ocean wildlife continue to deteriorate, the country is losing access to its vital fishing markets, which constitute a majority of its GDP.

The greatest risk Kiribati faces is rising water levels. The people of Kiribati have migrated inland but this has not prevented large scale devastation every time a flood occurs. While Kiribati is responsible for only 0.0002% of the world’s greenhouse gas emissions, it is paying the highest price for the effects of climate change. Two of the nation’s islands have already been destroyed by the ocean—a threatening reminder to those on the mainland of their impending fate.

As ocean walls are continually destroyed and rebuilt, the people of the island are forced to make difficult decisions daily, whether it is rebuilding a school, hospital, or the sea wall. In most cases, rebuilding the sea wall takes precedence. Crops are continuously destroyed, and barren forests stripped of lush greenery and crops remain graveyards, awaiting the next flood. The flat island atolls indicate that people’s only option to escape is to migrate further inland, and they will continue to do so until there is no land left.

The international community has turned its back to Kiribati and its citizens who have been left to protect themselves and comprise their own solutions to combat the striking effects of climate change. Pleas for stronger climate change policies and initiatives which encourage the highest emitting countries to reduce greenhouse gas emissions have fallen on deaf ears. The Kiribati government has budgeted to purchase land in Fiji so that when the time comes they will have a new home for the entire country to emigrate to. Climate change results in the loss of inherent rights due to climate change, including the right to life, food, water and sanitation, housing, education, and self-determination. Self-determination is the right for one to control their own destiny and the freedom to choose their own political status, as well as determine their own forms of economic, cultural, and social development. This right is protected through  creating conditions of stability and well-being and developing high standards of living. Achieving high standards of living becomes difficult as opportunities for development and progress lessen with each climate-related disaster that occurs. Creating and sustaining jobs to ensure full employment of all citizens becomes challenging—as seen in Kiribati—as facilities such as schools and hospitals are destroyed and often are not rebuilt. Climate refugees are specifically affected as any economic progress made in their home countries effectively becomes lost once they are rendered stateless—one of the greatest fears of Kiribati citizens.

The Kiribati people have been educated in the effects of climate change and what will become of their home country if the world does not take action. While the world has turned a blind eye to the small Pacific Islands, its peoples have worked tirelessly to ensure they will not lose themselves to this fight, educating future generations on their vital cultural practices and beliefs. Research shows that bottom-up approaches within communities have been the most effective in rallying individuals to protect themselves and their home countries. These communities have developed adaptive new ways of farming, tools to educate themselves, and cost-effective ways to locally mitigate the effects of climate change.

The effects of climate change in Kiribati are of the utmost concern, as they provide an example of how an entire population can struggle to survive while the rest of the world continues on. While the country already depends on outside aid, fighting the effects of climate change alone would bring great financial burden to its government and people. Climate change adaptation in Kiribati is estimated to cost about US$74 million. Kiribati contributes the least to gas emissions yet will be the one to lose everything. Nonetheless, Kiribati is an example of how these islands have worked tirelessly to protect themselves and their home countries when aid and intervention from developed nations seems out of reach. Kiribati once worked and played alongside the ocean for many generations; now, its people can only hope it does not destroy them.

One thought on “Kiribati: The First Country the Ocean Will Claim”