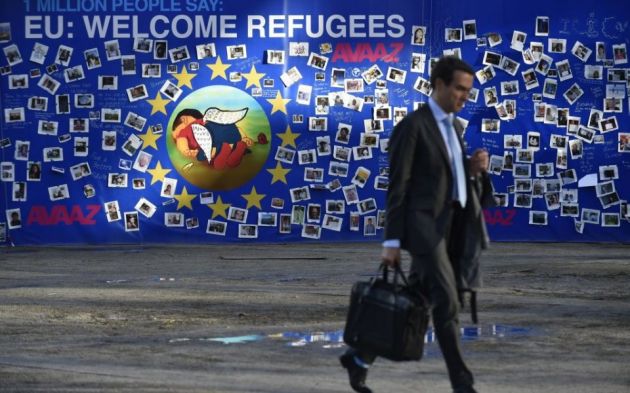 Europe is experiencing the worst refugee crisis in seven decades, and host countries are scrambling to come up with ways to manage it both in the short and long term. The solutions are controversial, and the countries, as a result, have been challenged by their citizens, international organizations, and the countries of origin of the refugees. Two such host nations are Germany and Hungary, where many African refugees have gravitated recently. Each has handled the refugee issue differently: Germany has welcomed refugees with open arms, despite the enormity of African (and other refugees) who chose to settle in that country, while Hungary has been less welcoming. Using Germany and Hungary as examples, we can take a look at the economic and security implications of hosting refugees and contend that European countries should welcome refugees because they need them to thrive economically. Furthermore, welcoming refugees enhances Europe’s security in the face of global extremism fueled both domestically and abroad.

Much of the mainstream media has addressed the outflows of migrants and refugees into Europe and the Middle East. The reality is that Sub-Saharan Africa hosts over 1/3 of the total world refugee population with the majority of African refugees staying in Africa. However, of the refugees flowing out of Africa, many are traveling to Europe.  In 2015, more than 1 million migrants and refugees crossed into Europe, with the majority entering Germany. And although Germany had the most asylum seekers and asylum applications total, Hungary had the most asylum applications in relation to its total population.

Germany has adopted and defended an open-door policy for four main reasons: 1) German Citizens have expressed the desire for Germany to be a country of immigrants like the US, 2) Prime Minister Angela Merkel has made the open-door policy her personal project, 3) As immigrants and refugees have been coming to Germany in large waves even before 2015, it is way too late to change the narrative on welcoming them, and 4) Germans need a young population to enter the workforce and keep the economy going. At the other end of the Danube, in Hungary, behind the barbed wire fences and densely guarded borders, there is a saying that Hungarians see more UFO’s per year than refugees. This could not be any truer considering the xenophobic and hostile “zero-refugee” policy implemented by Prime Minister Viktor Orbán. Orbán and his followers’ beliefs can be summed up in four main points: 1) The fear that the cultural origins of African refugees and migrants will infiltrate Hungarian society and cause a complete loss of traditional Hungarian values and identity, 2) Refugees and migrants will take Hungarian jobs and social benefits from natives, 3) A major cause of the crisis is human trafficking; not allowing migrants and refugees in, he is helping to solve this problem by changing incentives of traffickers, and 4) Refugees and migrants are potential terrorists.

The truth is many European countries need refugees, Germany and Hungary not excluded, and there are two main reasons: a better economy and better security. Germany’s economy is booming, yet jobs are being created faster than Germans can fill them. The main reason for this is an aging population with a low birth rate. By 2050, 40% of Germany’s population will be over 50. Hence, economists are viewing the “crisis” as a great opportunity and a necessary one. Hungary, on the other hand, is experiencing what Mark Twain called the “Gilded Age” an age of economic contradictions. The recent Hungarian industrial boom overshadows the corrupt, poverty-stricken, socially tense and hollow center of the Hungarian economy. Economists at the IMF, World Bank, World Economic Forum, Economic Prosperity Index, and the Eurobarometer have serious doubts the Hungarian economy will be sustainable, long-term as 25% of Hungarians firms are facing labor shortages. And despite Orbán’s returning citizen “welcome package” Hungarians are still leaving the country for better opportunities; less than 1% have accepted the package. And similar to Germany, the aging population of Hungary, with one of the lowest birthrates in Europe, poses a threat to the future of Hungary’s economy.

Luckily, because there are a plethora of migrants and refugees at prime working age and eager to start a new, meaningful life, not all hope is lost. Africa’s population under 25 is over 60%, and most migrants and refugees are children and young people. That is why Europeans should not only be accepting refugees, but also they should be thankful for the vital incoming workforce.

Skeptics ask if migrants and refugees can be integrated into society and perform jobs in the needed sectors. Germany has constructively begun integrating migrants and refugees into the workforce through language and skill training programs. Organizations such as AfricaTide have developed professional development programs for African refugees in Germany preparing them for the workforce. The organization provides everything from shelter, to daycare, to German language classes, to job training. Furthermore, classes are taught by other African refugees. The German business community has been quick to offer apprenticeships to migrants and refugees, and many are “calling for the bureaucratic red tape to be lifted so that new arrivals can enter the labor market faster.” Despite the human capital and economic benefits, Hungary has remained firm in its “zero refugee” policy.

But, what about security? There is actually very little evidence from any country in the world that there is a greater concentration of terrorists, potential terrorists, or criminals among migrant populations than among local populations. Migrants and refugees from starkly different backgrounds and traditions than those of the host country can pose some difficulties at first when it comes to social cohesion but this due to fear and misunderstanding of the other, a timeless human error. Nevertheless, as populations have been moving about for the length of human history, these issues deflate, as communities have increased contact with one another. Germany is already feeling the positive effects of its inclusion practices as refugees play a key role in combatting extremism. For example, a Muslim refugee tipped of police before the Berlin Market attack, when suspect Anis Amri attempted to buy a gun. In October of 2016, two refugees “managed to capture a terror suspect in Leipzig who was planning a bomb attack on German airports.”

While Germany is proactive on its security, Hungary continues to create a breeding ground for extremism and xenophobic division. “The government has relentlessly stirred up xenophobic sentiments against refugees and migrants by spewing hateful and misleading messages on billboards, in booklets, and on TV and radio nationwide. Anti-migrant rhetoric by decision makers and high-ranking public officials has become commonplace.” Cultural tolerance is such an issue in Hungary, even Hungarian citizens who are from different ethnic backgrounds are marginalized. Time will tell the effects of shutting out migrants and refugees and the impact this will have on national security, but the implications are horrifying.
From an economic and security perspective, an open-door policy is the best choice for Europe. Germany is a leading example. African refugees are helping to fuel the German economy, the link between cultural tolerance and security has shown its benefits. Hungary would be smart to follow suit along with others such as Poland and Slovakia. “Making that happen with the current influx of Syrians, Eritreans and others won’t be easy or painless, and it will take years or decades — not weeks or months. But with goodwill and hard work, Europe can prove the pessimists wrong — and the economists right.” Considering the migrant and refugee influx an opportunity rather than a crisis could be the silver lining that brings more prosperity than pillage.

Morgan McMichen is a graduate student at the Seton Hall School of Diplomacy and International Relations. Her specializations are in Global Negotiations and Conflict Management as well as Post Conflict Reconstruction and Sustainability. Morgan’s interests are negotiation and mediation as a means of deferring conflict, preventative diplomacy, identity politics, intrastate warfare, and historical memory.

3 thoughts on “Refugee Crisis or Opportunity? Germany vs Hungary”