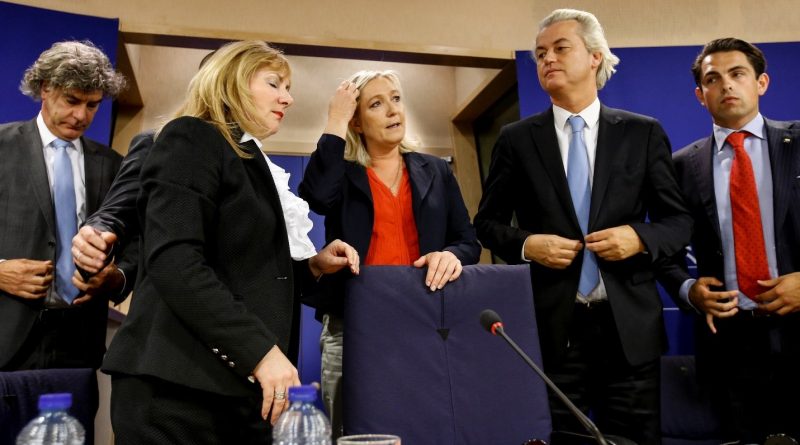 Europe’s political right slowly crept up to prominence without the world truly taking notice until the United Kingdom’s surprising referendum in 2016 to leave the European Union. This shock was compounded by the election of Donald Trump in the United States. Trump’s campaign success was built off of xenophobic ideas and populist policy goals, the likes of which were also steeped in the UK’s referendum. Although not in Europe, Trump’s success in the States appears to have anchored the far right’s political position in Europe. Prior to this point, the political right had few significant victories in the continent. However, many extreme right parties rival some of the most consistent-performing center-left political parties.

Following the stunning results of both votes in the United Kingdom and United States, the extreme right flourished in 2017. In March of 2017, the Netherlands led conservative European voting trends with rising support for the Party for Freedom (PVV), whose anti-Islam and anti-immigrant policies consistently made headlines. While the PVV was clearly out-voted by its liberal counterpart, the People’s Party for Freedom and Education, it still won five more parliamentary seats since its last election and effectively became the second-largest party in the Netherlands. Despite its significant loss to its left counterpart, the PVV continues to shock the Netherlands with inflammatory media campaigns against Islam, with the most recent attack on Muslims being propagated by the party’s leader, Geert Wilders. As one of the most prominent parties in the Netherlands, Wilders reaches a wide audience which can potentially impact future elections in the country.

In France, Marine Le Pen continued the Front National’s (FN) anti-immigration tradition in her campaign for president in 2017. After Jean-Marie Le Pen, the founder of the Front National, left the party to be led by his daughter, the FN has reinvented itself with great success in recent years. Rather than apply explicit anti-Islam and anti-immigrant rhetoric in her campaigning, Marine Le Pen has made the same message more subtle, thus appearing more constrained and appealing to many French citizens. This coupled with the incorrect projections of the U.S. election polls in 2016 raised real fears in France that Le Pen would succeed and take the presidency. This was especially troubling for Europe as a whole due to the United Kingdom’s departure from the EU. Without the UK, Germany and France remain the prominent leaders of the organization. Le Pen’s staunch anti-EU policy led to fears that the EU would effectively crumble if she left office. However, Le Pen lost by nearly half to Emmanuel Macron. Despite this significant loss, the Front National continues to stoke the extreme right flame which has permeated much of France.

Most European countries who had elections in this past year faced an alarming rise in support for right-wing extremist and populist parties. Countries like the Netherlands and France, Germany, Malta, Austria, and Bulgaria saw a surge in votes for these types of parties with the trend progressing into 2018. Major European elections kicked off in January of 2018 with the Czech presidential election. Milos Zeman, a strong supporter of Russia and the election of Donald Trump in 2016, was reelected on a platform which advocated stronger anti-immigration policy. His campaign emphasized the threat the refugee crisis posed to the Czech Republic despite the comparatively low number of refugees which crossed their border in comparison to its European neighbors. Zeman has not explicitly stated whether he strongly advocates the role the EU plays in the Czech Republic.

In early March, Italy’s general election continued the populist trend in its parliamentary elections. Italy’s Five Star Movement (M5S), a populist and controversial party, won nearly one-third of all votes cast which gave it a plurality of all votes cast. While controversial, M5S is largely misunderstood and is often conflated to follow the same corrupt political track record as  Silvio Berlusconi and the rest of the right-wing coalition. M5S wishes to foster more collaboration with Brussels, weed out the rampant corruption in the Italian system, and encourage stronger reliance on renewable energy. However, as a relatively young party, M5S and its leaders must be wary of the power Berlusconi’s Forza Italia, and Matteo Salvini of the Lega Nord intend to exert in pursuing anti-immigration and anti-EU policy.

The rest of the European elections in 2018 will appear to demonstrate the continuation of a right-wing swing. In April, Hungary will hold its parliamentary elections whose prominent parties have alarming xenophobic histories and are a threat to Hungary’s potential in joining the eurozone. Fidesz, the dominant party and a prominent anti-immigration and anti-EU party is seen by many in Hungary as a direct threat to the country’s ability to prosper despite its popularity. The party’s leader and Prime Minister of Hungary, Viktor Orbán, was criticized by the UN’s human rights chief by stating that Orbán was a “racist and xenophobe” regarding his remarks in his position against a “multi-colored” Hungary. Fidesz’s main political threat is Jobbik who also has a racist and anti-Semitic past. Despite its past, Jobbik has recently apologized for its past transgressions and has rebranded itself as the center-right party allowing Fidesz to take its role as the far-right option. Jobbik also views Fidesz as a threat and is willing to cooperate with other parties to prevent its influence in parliament. However, none of the parties appear to be able to conclude on a strategy to combat Fidesz, thus leaving Hungary vulnerable with the elections fast approaching.

Other European countries indicate the potential for the extreme right-wing trend to continue in addition to Hungary. Poland is one of these elections to watch due to its recent right-wing explosion. Last fall, Poland observed a populist demonstration with militant radicals intermingling with those who were there from more restrained conservative parties such as the Law and Justice Party (PiS).

It is critical that the international community continue to observe and analyze the populist and extreme right-wing trend throughout Europe. While the rise of the extreme right in European countries may appear to only threaten the citizens who live within their borders, the rhetoric and policy changes these parties have foster changes well beyond their frontiers. Firstly, many of the parties mentioned in this article hold strong anti-EU sentiments, with many of their leaders having applauded the United Kingdom’s referendum to leave the EU. If these parties continue to exert strong influences within their borders, they may tear at the fabric and overall functionality of the European Union itself.

The EU represents a strong international organization who has brought undeniable economic and social cohesiveness to the continent. If the far right continues its successful pattern in Europe, the EU could crumble to the continent and the world’s detriment. The EU has become an important trading partner, political influencer, and a strong human rights upholder. As the aftermath of the Syrian refugee crisis continues to unfold on the continent, far right politics can damage this already vulnerable population. Refugees/asylum seekers, immigrants, and minorities will be the first groups to face the consequences of a weakened EU framework at the hands of the extreme right. Additionally, the potential for the far right of individual European countries to impact Europe as whole leaves more room for Russia to exert its influence.

The influence of extreme right parties in Europe stretch beyond their borders. It is important for foreign leaders to track upcoming European elections to better prepare themselves to negotiate and strategize with the changing faces of European governments. Not only should foreign leaders and their governments closely observe past and upcoming European elections, but NGOs and human rights reporters should pay close attention to the way right-wing politics exerts their influence on vulnerable communities residing in Europe. As elections continue to unfurl, the citizens who vote in them should not be only ones watching the results.