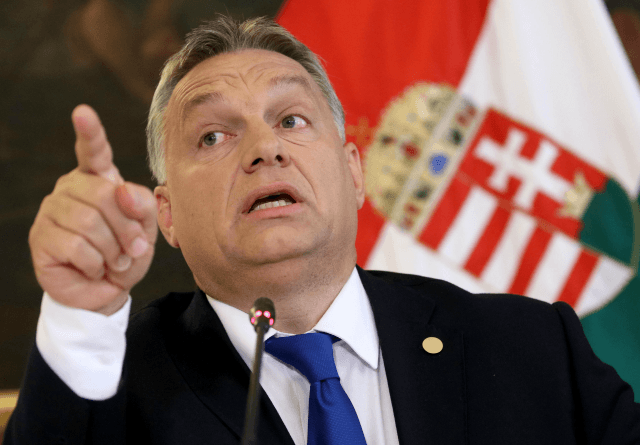 On Sunday, April 8th, Viktor Orban, and his Fidesz party were swept to reelection in the Hungarian Parliamentary Elections. Mr. Orban is a crucial figure in world affairs, an exemplar of the illiberal strongman that may come to define our time. It was on July 26th, 2014 that Mr. Orban, in a much-covered speech, declared that he was to set about the task of creating an illiberal state and with this election he may have solidified that goal.

The election is important in two ways, both in how the campaign was fought and how Mr. Orban has governed. The campaign was marked by intense xenophobia and resurgent nationalism. Mr. Orban continually railed against NGOs that he claimed were trying to undermine Hungarian society. A particular target of his ire was George Soros, a Hungarian-American philanthropist who has donated substantial capital to pro-European, Liberal NGOs in the country. Mr. Orban’s campaign against Soros has drawn charges of anti-Semitism, drawing upon tropes of rootless cosmopolitanism which have been in the past invoked by the radical right. Beyond these vagaries, the ruling party has propagated a conspiracy called the “Soros plan,” which claims that NGOs want to flood the country migrants as a manifestation of militant multiculturalism. Despite an actual insignificant number of migrants present within the country’s borders, the threat these (implied Islamic) migrants represented featured prominently throughout the campaign.

Although Orban wraps himself in antimigrant and nationalistic rhetoric, he and his Fidesz party do often concern themselves with the minutiae of governance, how does that look? In short, Kleptocracy.  He rewards cronies with cash from European development programs and subsidies. Graft ridden projects like a football stadium built near Mr. Orban’s hometown, constructed with EU money by Orban cronies, is indicative of the patronage that defines much of the Hungarian political system. To further cement one-party rule, Mr. Orban willed through changes to the electoral system, which many argue substantially aided his party. While buying elite support through corruption Mr. Orban silences independent media, coercing or coopting those critical of the governing party. In the aftermath of the election, this process has accelerated with several Orban critical outlets closing their doors for good.

This potent combination of cronyism, intense (almost chauvinistic) nationalism and the neutering of democratic accountability has been repeated in other states, particularly neighboring Poland. There, the ruling Law and Justice Party (PIS) have used the same nationalism to harness electoral strength while simultaneously attacking checks on their power, particularly independent media, and the judiciary. But while the EU has been strenuously and publicly critical of Poland, their criticism of Mr. Orban has been muted. Many speculate this is because Fidesz is well ingratiated with the European Peoples Party (EPP), A European parliamentary group that counts Angela Merkel’s CDU as a member, buying Orban a shield from EU oversight.

With Mr. Orban’s electoral victory and the muted criticism from the EU by his enablers in Brussels, Mr. Orban’s future seems secure as the democratic norms and institutions are further eroded. Is the Orban model, illiberal democracy, the blueprint for our age? This week’s Diplomacy Brief explores Mr. Orban and the wider implications of Hungarian illiberalism.

Opinions on Orban and Hungary

Patrick Kingsley of the New York Times writes a feature on how Mr. Orban transitioned from liberal reformer in the waning days of the Cold War, to illiberal authoritarian today.

Tom Nuttall of the Economist explains how Europe, through its subsidies and the support of the European Peoples Party (EPP), props up Mr. Orban’s illiberal regime.

Guardian Columnist Cas Mudde argues that due to the untenable and substantial outflow of Hungarians out of Hungary, Mr. Orban’s vision represent not an alternative for the future but a relic of the past.

Paul Lendvai, Writing in the Atlantic, an Orban biographer, profiles the “Most dangerous man in Europe”

The Economist’s Free Exchange Blog, in a series on the shortcomings of modern economics, talks about what we don’t know about economic growth, a lot.

Writing for Project Syndicate, Joseph Nye ruminates on what US power in Asia will look like in a post Trump era.