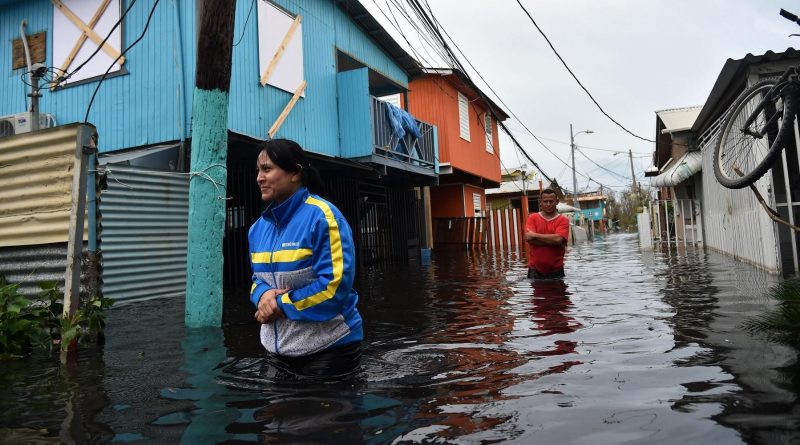 The words “save our souls” written on a damaged concrete intersection perhaps best depicts the disarray of President Trump’s administration’s strategy to aid the storm-ravaged island of Puerto Rico. Facing considerable criticism from his conduct at home, President Trump’s strategy could have had the potential to be a turning point, instead, it seems his bungled response has further harmed his credibility and the millions of Americans who inhabit the island. Hitting the defenseless island on September 20th, Hurricane Maria ripped through the island leaving 95% of the island without power, food, and water.  Although initially overshadowed by other events in the news cycle, the Trump administration began receiving a fair amount of criticism from officials and media outlets culminating in a plea from San Juan’s mayor Carmen Yulín Cruz ,”We are dying and you are killing us.”

The Trump administration has pushed back against this criticism. Tom Bossert, Homeland Security adviser for the Trump administration, found the criticism “unfounded.” Earlier during the week, President Trump was hesitant to waive 1920 Jones Act for Puerto Rico, a maritime law which requires the shipment of goods to U.S. ports be operated by Americans. The Jones act is usually waived during natural disasters, including during both Hurricanes Harvey and Irma, the administration’s hesitance to do so again prompted criticism. Congressional officials including Senator of New Jersey, Cory Booker, argued the U.S. must act immediately. Still, the administration pushed back claiming it was seeking the best interest of Puerto Rico, President Trump later tweeted, “FEMA & First Responders are doing a GREAT job in Puerto Rico. Massive food & water delivered.”

After this series of events, the relationship between the U.S. and Puerto Rico is quite questionable. Mayor Cruz’s, plea for aid, prompted harsh criticism from the administration with President Trump claiming she was just not doing good enough of a job to help her constituents. Now as President Trump heads to the island, with the cloud of Puerto Rico’s Debt Crisis hanging overhead, it will difficult to predict the fate of the island.