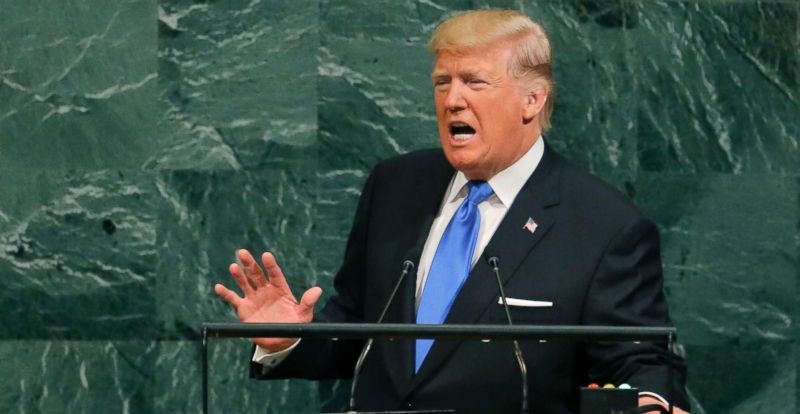 A Wedge In International Relations as US-Iran Bicker it Out

President Trump is expected to refuse to recertify Iran’s compliance with the Joint Comprehensive Plan of Action (J.C.P.O.A) – a nuclear deal reached in 2015 between Iran and the five permanent members of the U.N. Security Council plus Germany. It was hoped that through this historic multilateral agreement, Tehran would be restrained from acquiring nuclear capability, and reintegrate with the international community as a responsible member.

Recertification is not required by the agreement, which holds the International Atomic Energy Agency (IAEA) as the sole authority for verifying Iran’s compliance. Opponents of the deal in Washington D.C. accused President Obama of excessive compromise and passed a law through Congress, which requires the U.S. President to certify every 90 days if Iran is keeping up with its end of the deal.

U.S. President Donald Trump has already certified Iran’s compliance with the deal twice before in 2017: first in April and then in July. After numerous inspections, the IAEA has produced eight reports confirming Iran’s commitment to the nuclear agreement. Nevertheless, with October 15th quickly approaching, it is being reported that President Trump will refuse to recertify Iran’s compliance – a move that could be further harmful if Congress chooses to impose additional sanctions on Iran that violate the deal.

One of the possible sanctions President Trump is currently considering involves targeting Iran’s Revolutionary Guard Corps. If this happens, it would be the first time since the 1979 Islamic Revolution that Iran’s military has faced sanctions. So far, only entities and individuals affiliated to the Guards have been the target of international sanctions. By targeting sanctions on the Guards themselves, the U.S. President will send a clear message to the Iranian government – its foreign policy choices in the Middle East are no longer acceptable to the U.S. This includes Iran’s support for Hezbollah, Bashar-al-Assad’s government in Syria and fueling the civil-conflict in Yemen.

In a backlash against the U.S. President, the elite force in Iran, has threatened retaliation on American army and bases in the Middle East – which could potentially stir up more chaos in the region, considering Iran’s central role in regional politics. On the other hand, the U.S. President’s refusal to recertify the nuclear deal would endanger U.S. legitimacy in the international arena by demonstrating a less than fully committed America to world peace and security.

The larger question remains: What does the U.S. hope to gain from viewing the nuclear deal as a zero-sum game, and retreating from a multilateral commitment? The answers are not always apparent.
Opinions on US-Iran Relations: