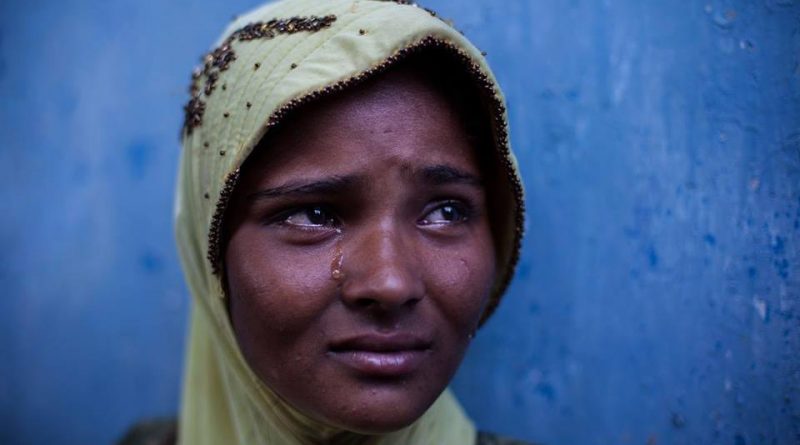 By Ruthly Cadestin
Removed, distraught, beaten, and burden are words to describe a population that have be stripped of their identity and right to self- determination. By the time you read and complete this article, numbers cannot tell enough of people who were trafficked across borders; a determined Nepalese women who is perceived exotic, an agonized man from Syria’s bombarded Aleppo, a wary, Haitian family seeking economic stability, and a young, black girl foreseen as the first in her family to receive a college education. Society has the ability to innovate and develop delicate and intricate forms of technology, craft notetaking policies and establish relationships, but yet we continue to fail ourselves by taking a blind eye on human trafficking.

Human trafficking mirrors a dark time of humanity’s history. We must consider who are prone and more subjected to this unfortunate narrative. According to the International Labor Organization, (ILO), it is estimated approximately 20.9 million are victims of human trafficking. In order to combat this issue, we must also consider what hinders us from tackling on ill fate transactions. Whether it may be mass consumerism or corruption of a state’s government, each individual, unfortunately, plays a role in closing the curtains to society’s most oppressed.

The Rohingyas, a Muslim population of about three million, is seen to be one of the most persecuted minority groups as a result of ethnic cleansing. Stateless, the Rohingyas are subjected to mass killings, sexual assault, and human trafficking. Many critics have blamed the intensified recent events of this narrative on international communities’ hesitancy to label Rohingya ethnic cleansing as a genocide. And perhaps, it is difficult to chew from previous actions which led to the Rwandan and the Bosnia and Herzegovina Genocide.

According to reports, approximately 90,000 Rohingyas fled Myanmar during the height of persecution by its military and the United Nations have reported these actions crimes against humanity. It is estimated roughly 10,000 Rohingya refugees currently live in India, which granted refugee status for the Rohingyas since 2008. As a response, Myanmar’s anti-Rohingyas rhetoric became toxic and increased persecution; India received an abundant amount of refugees thereafter.

Recently, the Rohingyas, who fled from the western Rakhine State of Myanmar to neighboring India, are now faced deciding whether to depart again. India’s right-wing Hindu political party, Jammu and Kashmir National Panthers Party, are seen to blame hem for recent tensions rising in India. The message “Wake up…save history, culture, and identity of Dogras,” were written on billboards around the city of Jammu where approximately 5,700 Rohingyas reside.

The Hindu-majority are in search of their true roots and identity. A narrative which has been seen countless time throughout history and, likewise some may argue, the world’s freest country.

Aung San Suu Kyi, Myanmar’s de facto leader, has faced a vast amount of criticism and recently, the Advisory Commission on Rakhine State published a report without sound recommendations to alleviate the persecution of the Rohingya refugees.

“It’s really about time they close the camps and allow the people in the camps, particularly those who have gone through the [citizenship] verification process, access to freedom of movement and all rights of citizenship,” said former UN secretary-general Kofi Annan.

Without constructing a blueprint and method to implement anti-discrimination tactics targeting the ethnic cleaning, the Rohingyas will continue to be subjected to mass killings, sexual exploitation, arbitrary arrest and detention, diseases and human trafficking. Unfortunately, human trafficking is not only found in the remote coast of Myanmar but also seen in the free world’s capital, Washington D.C.

There has been a massive number of Black and Latina young girls missing in the Washington D.C at alarming rates. And let us not forget, the death of Kendrick Johnson, a 17-year-old teenager whose body was found rolled up in a gym mat, stolen off his organs and stuffed with old newsprint, which raises a number of questions. Why these particular communities are subjected to human trafficking and what makes these communities a potential market?

Human Trafficking is seen at a distant from society and perhaps it is the reason why society feels removed, but yet perpetrators are right in its citizens’ backyards from a local barbershop to, sadly, a local, religious gathering hall.

It is clear that the determined Nepalese women who is perceived exotic, the agonized man from Syria’s bombarded Aleppo, the wary, Haitian family that seeks economic stability, and the young, black girl foreseen as the first in her family to receive a college education should not be subjected to an ill fate of human trafficking. Abolitionist, activists and religious leaders have left tools to tackle on modern-day slavery. The question is when will each individual grant themselves responsible and stand against this treacherous act against humanity.