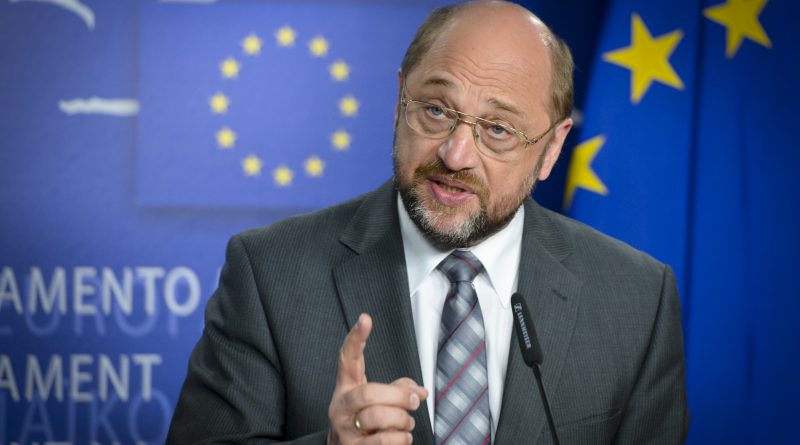 Last year I wrote a piece on Angela Merkel and the Future of Western Liberalism. In it, I assumed, although pressured on her right flank by Frauke Petry and her Alternative for Germany (AFD), Merkel would easily win reelection as Chancellor. I did not think it necessary to even mention a possible challenge from her left. Sigmar Gabriel, the then head of the Social Democrats (SPD), after serving as Vice Chancellor in Merkel’s Grand Coalition between the CDU and SPD, had seen his and the party’s popularity wane, relegating them to the political wilderness. This year Gabriel decided to step aside to allow the party to run former European Parliament President Martin Schulz as their candidate for Chancellor. Gabriel deserves plaudits for this move; Schulz has breathed new life into the SPD; its poll numbers are soaring and its base is energized in a way not seen in years. The latest polls put the SPD slightly ahead of the CDU, an unfathomable thought months ago. What is causing this Schulz Surge? Is it something about Schulz himself or is it some larger trend affecting the whole continent?

“A Europhile Populist” Constanze Stelzenmüller quips about Schulz in an Op-Ed for the Washington Post; an appropriate description, making Schulz perhaps the best man to lead the SPD at this moment. Schulz can carry the title “Man of the People” far better than those others in Europe that use it more brazenly. Schulz was born in West Rhineland to a working-class family with divided SPD and CDU loyalties. He did not attend university but was on his way to becoming a professional footballer until an injury forced his early retirement. After the injury, Schulz sunk into a state of deep depression and alcoholism until his brother was able to help him get sober. After becoming a teetotaler, Schulz became a bookseller and in 1987 was elected Mayor of Würselen. He was elected a Member of European Parliament (MEP) in 1994, the leader of the SPD MEPs in 2000 and the European Parliament President in 2012. Schulz’s story of redemption is certainly appealing. He is also seen as a fresh face on the domestic political scene having never sat in the Bundestag or been tarnished by the SPD’s long coalition with Merkel’s CDU.

Schulz himself seems to be driving some of the SPD’s success; polls show that he is more popular than Merkel. Some have gone so far as to call him the Anti-Merkel because of their almost polar opposite temperaments. Where Ms. Merkel is reserved and soft-spoken, Schulz is fiery and gregarious. This is no clearer than their differing reactions to President Donald Trump. Merkel has offered measured criticism of the new American President. After his election, she offered German cooperation but only if the United States stayed committed to the values that bind the two nations, like democracy and respect for human rights. Schulz, by contrast, seems to be campaigning more against Donald Trump than Merkel. Surrounded by fellow SPD members at a Beer Tent event in Bavaria Schulz claimed Trump had “taken an Ax to American democracy”. In Berlin at the SPD party conference, Schulz gave a scathing critique of Trump saying that, “if there’s one thing to learn from Trump’s campaign … it is that mocking people, working with fake news and the general condemnation of entire groups of people has no place in Germany.” He even referred to the U.S. President and the extremist anti-immigrant group Pegida in the same breath saying that those who question or threaten the free press “attack the roots of democracy…No matter whether he or she is president of the United States or marches along with Pegida.” Schulz sees political value in attacking Trump, but why?

It would seem that many Germans have a poor opinion of Trump. The percent of Germans that trust the U.S. as a partner has plunged since Trump’s election from 59% to 22%. Perhaps more tellingly only 15% of Germans believe he is competent. Is this new anti-Trump sentiment confined to Germany? Trends seem to indicate it may be continent-wide. This past week Dutch voters went to the polls and denied populist Geert Wilders and his Freedom Party a victory. There is some reason to believe that some voters were dismayed from voting for the populist firebrand after observing the chaotic politics that accompanied the Brexit vote and Donald Trump’s inauguration. Dutch Prime Minster Mark Rutte and his center-right People’s Party for Freedom and Democracy were able to retain the most seats (33) in the parliament and will likely lead negotiations to form a new governing coalition. All other parties have pledged not to form a coalition with Wilders. The center-left labor party saw a historic defeat going from 38 to 9 seats but the D66, a liberal party that ran in direct opposition to Wilders and his agenda (Pro-pluralism, Pro-EU), gained 7 seats bringing it right behind Wilders’ own party with 19 seats to Wilders’ 20.

In France, Emmanuel Macron has seen his political fortunes soar running on a liberal, pluralistic and pro-EU agenda. Macron in a recent trip to Berlin met with both Chancellor Merkel and Gabriel. At a speech with Gabriel who is now German Foreign Minister, Macron recommitted to the European project saying, “In the national debate, we need to promote a European agenda and take responsibility for this. If you are a timid European, you are already a defeated European.” In the first of a series of televised Presidential Debates, Macron and his chief rival Marine Le Pen had a heated exchange in which she claimed that the country was overrun with “Islamists.” Macron shot back saying that Le Pen was trying to divide the country and make “enemies out of the four million French men and women whose religion happens to be Islam.” The latest polls have him tied with Le Pen with 26 % of the vote in the first round and ahead by a healthy margin in the second round of voting.

What are we to make of all this? Schulz certainly has an electric personality but a Trump Effect may be in part driving the Schulz Surge. Nick Clegg of the UK’s Liberal Democrats in an Op-ed for the Independent, after the Dutch elections, called this phenomenon “the beginnings of a liberal backlash against the backlash against liberalism.” Those who believe in the liberal world order are mobilizing across the continent (and indeed across the Atlantic as well). The Brexit vote and the election of Donald Trump were supposed to be the harbingers of an upending of the entire liberal world order. That may still be the case, but its defenders are now reinvigorated from the woman who donned a pink hat in the streets of Washington D.C. to the once aspiring footballer in the Beer Tents of Bavaria.

One thought on “The Schulz Surge”