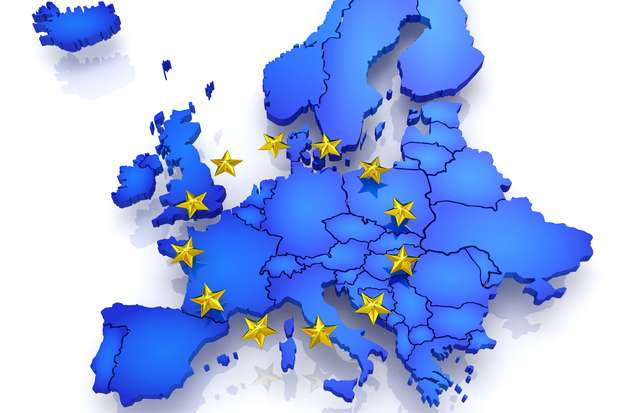 Unlike the U.S., which benefits from the relative isolation of two oceans, Western Europe borders many of the world’s most unstable regions. This unpredictable neighborhood poses a major security threat and Europe must prioritize its geopolitical interests immediately if it wants to remain relevant  in the 21st century.

In recent months the European Union (EU) has been confronted with an unprecedented number of migrants arriving, not only from Syria, but also from Iraq, Afghanistan, and the north of Africa. They are moving for different reasons,  fleeing violent sectarian conflict or political and economic instability. The EU’s member states have taken a range of measures to address the challenges created by the current refugee crisis. One example is the EUNAVFOR MED; a military operation aiming to identify, capture, and dispose of vessels as well as enabling assets used or suspected of being used by migrant smugglers or traffickers in the Mediterranean.

But migration is not solely a European issue. Countries of origin or transit of irregular migration also need to be involved. Back in April 2015, the European Council called for an international summit to discuss migration. The summit took place in Valletta on the 11 and 12 November 2015, The Valleta summit brought together European and African heads of state and government in an effort to facilitate cooperation in dealing with migration and address the current challenges and opportunities. The conference built on existing cooperation processes between Europe and Africa, particularly the Rabat and Khartoum processes on migration, and the EU-Africa Dialogue on Migration and Mobility. Migration is a shared responsibility between countries of origin, transit and destination. Leaders participating in the summit adopted a declaration and action plan designed to “address the root causes of migration by working to help create peace, stability and economic development, enhance cooperation on legal migration and mobility, reinforce the protection of migrants and asylum seekers, particularly vulnerable groups, tackle more effectively the exploitation and trafficking of migrants and work more closely to improve cooperation on return and readmission”.

The $1.8 billion EU Emergency Trust Fund for stability was also formally launched to address the root causes of irregular migration and displaced persons in Africa, providing additional funding to support the implementation of the action plan.

That is all very good for Europe’s external borders, but in practice there is still a lot of confusion regarding policy between the EU members and non-EU states along the Balkan route of migration. Europe has to reform in order to be more effective. Many policies within the EU today, such as  eurozone governance and the refugee policy are not delivering the results we need. David Cameron’s demands pose a good opportunity to start a debate about the various reforms the EU needs in order to move forward as a unit. If an “ever closer union” is not right for the British people, so be it. The other countries of the EU should use this opportunity to make unified decisions on economic governance, Europe’s geopolitical role on the world stage, and putting an end to the Union’s “à la carte” approach to unity, where countries can cherry-pick the policies they want to adopt. Opt-outs should no longer be an option.

The European Union needs to redefine its purpose and its goals, in order to devise a clear, long-term and all-encompassing strategy. The EU must temporarily abandon any designs for enlargement in order to deepen European integration across the eurozone. In order to secure these changes, they need to be combined by a revision of the EU treaties, which will give any reforms the necessary credibility. In that respect, the countries that want to integrate further can do so and those that don’t should be free to do so as well. Finally, in the short-term, the EU should apply its considerable diplomatic pressure to end the conflict in Syria, even if that means having to pick a side. Strategic humanitarian ambiguity does not serve Europe’s interests any longer; others will define those interests if the Union does not change tactics.