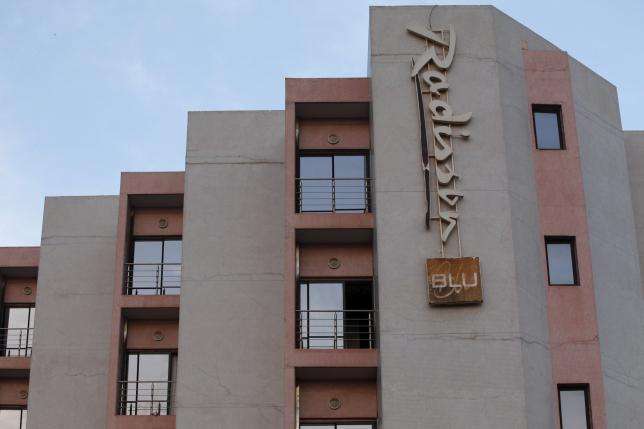 Above: The exterior of the Radisson hotel is seen in Bamako, Mali, November 20, 2015.

According to The Telegraph, French military planes are scouring the seas off Scotland for a Russian submarine. Britain does not currently posses any submarine hunting aircraft, as the aircraft were scrapped in a cost cutting measure in 2010. This lead to warnings from Defense chiefs that Britain could be forced to call on other countries to assist them, as we see here. Russia has recently had submarine issues with the Nordic countries and fighter jet issues with the United States, as well.

The city of Brussels is currently under the highest terror alert possible in the Belgian country. The Belgian authorities are currently searching for armed extremists, many of whom have connections to the recent Paris attacks. Prime Minister Charles Michel has advised the public to be alert rather than panic-stricken, according to Reuters. The city has, unfortunately, shut their downtown Christmas market early and cancelled its New Year fireworks display. Europe as a whole is collectively searching for many of those associated with the Paris attacks.

There was another terror attack last week, this time in Mali. Armed attackers shot multiple guests and employees in the Radisson Blu Hotel inside the former French colony. Mali has been battling extremists with the help of the U.N. and French forces. The U.N. mission in Mali has stated that 22 people were killed, according to CNN. Recent reports have come out saying that two attackers were involved.

A tragic landslide occurred Saturday in Burma, known as Myanmar around the world, which took the lives of over 70 people. There are still over 100 people missing, according to USA Today. The region where the mudslide occurred, Kachin, is known for its huge quality production of jade. This region is commonly known for sending money from jade production to the members of the old ruling class, part of the corruption scandals that were discussed in previous editions of the Diplomacy Cable. This link came courtesy of our reader, Christine, from St. Louis, Missouri.

A startling report by Human Rights Watch has come out accusing Bahrain of torturing their prisoners. The Guardian reports on this and the criticism that is facing the British government because of their association with their Persian Gulf ally. Interviews of detainees were conducted by telephone and Skype because HRW researchers were not granted visas to visit the country. Torture of prisoners were a large issue during the Arab Spring, which saw some impact in Bahrain.

As we all know, it wouldn’t be a Diplomacy Cable if there wasn’t any election coverage. The Argentine election cycle, which we have covered in previous editions, has come to an end, with the opposition party taking the lead. The conservative candidate, Mauricio Macri, is bringing about the end to over twelve years of leftist rule in Argentina. Marci has promised a more business-friendly environment in the country, which will be quite the challenge, as the country is facing an inflation and debt crisis. Al-Jazeera has more.