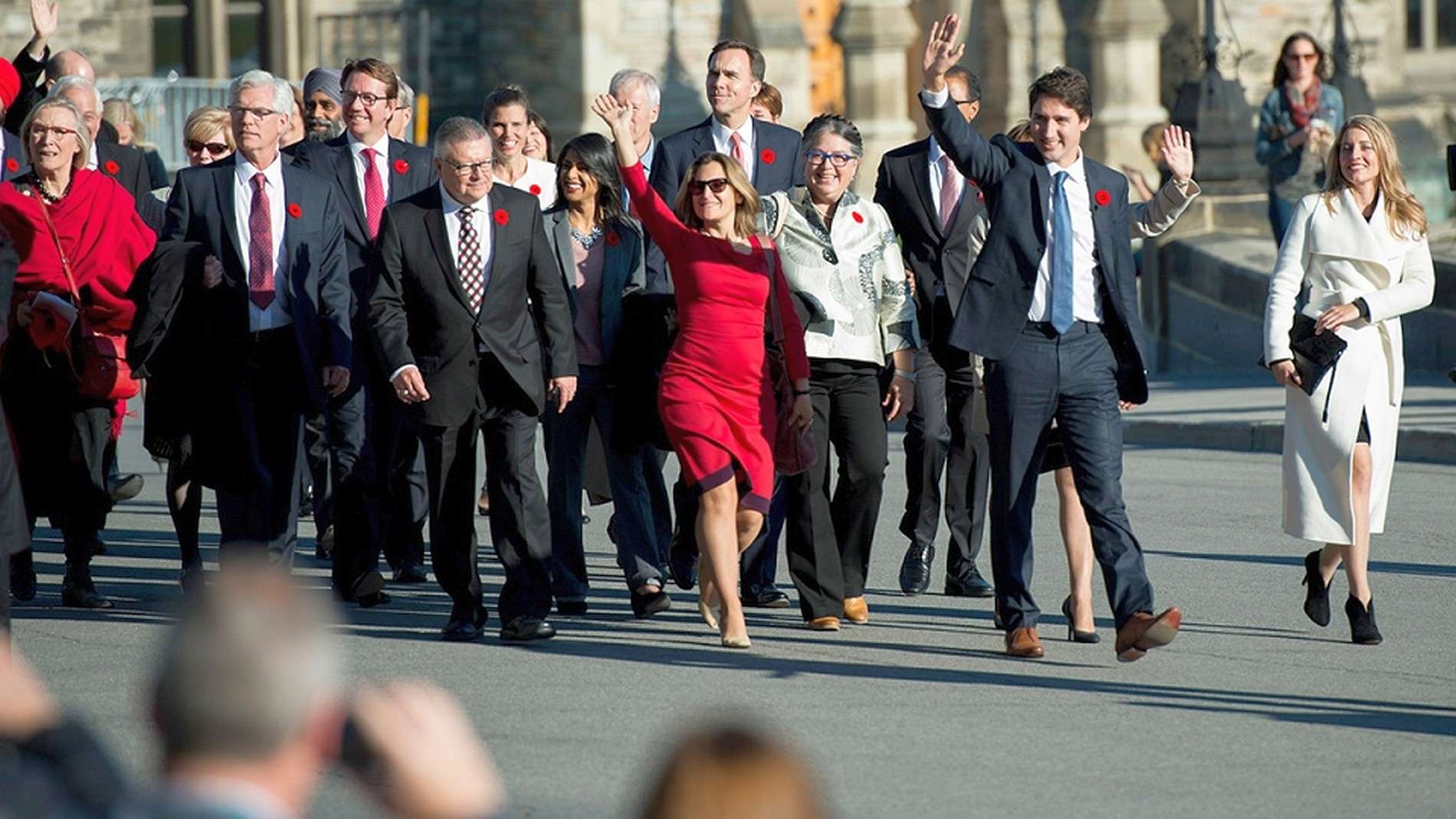 Canada’s newly elected Prime Minister, Justin Trudeau has been making headlines since he was first elected a few weeks ago. Most recently, Mr. Trudeau made waves with his advisory cabinet selections. As opposed to cabinet selections usually being highlighted for an individual advisor’s lack of talent or the cabinet’s lack of diversity, Trudeau’s cabinet made headlines for its diversity, more specifically its gender equality.

15 of the 30 advisors in Trudeau’s cabinet are women. A cabinet made up of 50% women is incredibly rare, even in developed nations. For example, only 7 of 23 members in President Obama’s cabinet are women, comprising only 30% of the cabinet .

When asked why he selected a gender equal cabinet, the newly elected Prime Minister replied with a simple answer of, “It’s 2015”. While this sound bite implies  Trudeau is simply acting in accordance with today’s norms, clearly this is not the case. Modern society may have public ideals of equal gender participation in politics, however, statistics show in practice this is not reflected in the international political landscape . Women only make up 22.7 percent of parliament members worldwide.

Women’s involvement in politics is critical to development and progress towards gender equality worldwide. However it is still not an issue at the forefront of global women’s equality and feminist movements. While there have been programs put in place to promote female involvement in politics, especially in less developed countries to prepare and encourage women’s involvement in politics from voting to representation in elite politics, there is still more that can be done.   These programs have been fairly successful at increasing female political participation but no such programs have been implemented in more developed countries where women’s elite government participation is also very low, or worse in some cases . There is an urgent need for more action on this issue on the international level.  This is an issue that should be of the highest importance in most countries, as the results from higher female participation can only be beneficial for states.

One of the most obvious benefits to having an increased number of women involved in elite politics may be the possible changes  in the manner that governments address women’s issues.  . As of now, countries that have low female participation in the government have a limited number of ways to deal with women’s issues. The first, and unfortunately very common, way is to marginalize women’s issues in favor of topics that have a larger effect on men, or are seen as having a greater impact  on society as a whole rather than a specific gender. This is not beneficial as there are many female-centered issues that have a huge impact on both social and economic facets of society.

The other way women’s issues are dealt with is through the creation of women’s panels or women’s interest groups. While these groups can be effective in conveying the needs of women in a country it is much more efficient and effective if women could advocate on the behalf of themselves through their direct participation in elite government.

Besides the benefit of an increased focus on women’s issues there are many other benefits of a higher gender balance among a government’s elites. Multiple studies have shown that companies with executive boards that have higher gender equality ratio among their top employees out-perform companies that have a higher percentage of male executives. The argument being that boards with more women chose from a larger pool qualified employees for these positions. This leads to a more expert group of people being selected. It would make sense that these studies’ findings would also apply to the effectiveness of a government with a more even gender balance among its elites.

The situation of women’s participation in high-level government has improved in recent years, as women’s parliamentary participation has increased from 15% globally to 20% from 2005 through today. Even with this improvement, there is still a 4 to 1 ratio of men and women in elite politics worldwide, which is one of the larger gaps in current gender issues. There is a lot of room and opportunity for growth in this sector and with the benefits an increase of women participation in government could bring it is time for a larger focus to be placed on this issue in both developing and developed countries.