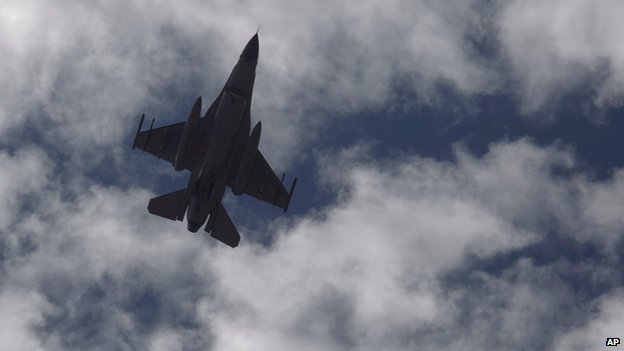 At the end of 2014, Jordanian pilot Moaz al-Kassasbeh was captured by  Islamic State (IS) militants and held hostage.  Lt. al-Kassasbeh was presumed alive as Jordan entertained an IS proposed prisoner swap for a long incarcerated woman Sajida al-Rishawi who was a part of the terrorist attack on Amman, Jordan in 2005.  The promise of this exchange quickly diminished as the deadline for the exchange expired on January 28th. On February 3rd, the Islamic State released a gruesome video that depicted Lt. al-Kassasbeh being burned alive in a cage.  After the footage was released, it became clear that the proposed swap had just been a tactic to make Jordanian citizens question the government’s handling of the situation, and that Lt. al-Kassasbeh had been killed over a month ago.  Jordan’s response to the footage was resounding outrage and sorrow.

The Jordanian government’s response was swift.  Shortly after the footage was released, Sajida al-Rishawi and another al-Qaeda operative were executed after nearly ten years on death row.  Jordan made it clear that the pilot’s death would not be in vain. Jordan previously maintained a supportive role in the US-led coalition against the Islamic State.  However, since the horrific video of Lt. al-Kassasbeh surfaced on February 3rd, the Jordanian Air Force has participated in airstrikes in Syria, which included nine strikes over the span of Wednesday and Thursday, according to the US military.

On a societal level, the outrage that ensued after the video of the pilot’s brutal death has gone beyond any expectations.  On Friday February 6th, thousands of Jordanians including Queen Rania of Jordan rallied outside of Al Husseni Mosque, to show their support for Jordan and rally against the Islamic State’s actions.  Previously, there had been some criticism of the Jordanian’s involvement in the war, but Queen Rania made it clear that the conflict with the Islamic State has become their war.  “This is absolutely Jordan’s war, it is every Muslim’s war… We can’t win this war alone but it is absolutely our war.” While this overwhelming support for the war and the immediate increase in action from the Jordanian military is promising, the question still remains; will an increased force from Jordan and other actors around the world help turn the tide of the Islamic State’s insurgency? 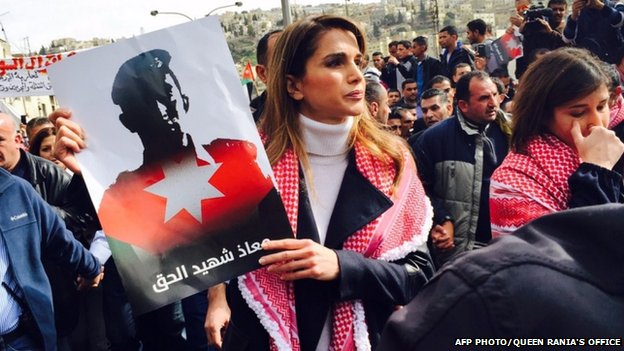 Since the coalition was formed with other Arab states including Saudi Arabia, Qatar, and the United Arab Emirates (UAE), airstrikes against IS have been considered somewhat ineffective.  In particular, this past December, the UAE withdrew from the airstrike campaigns due to the ineffectiveness of the search and rescue missions for hostages on the ground.  The UAE wanted the Pentagon to improve the search and rescue missions before they would resume targeting Islamic State  Iraq.   The Arab members of the US led coalition have been supportive of the missions, but it has appeared that the United States has carried out most of the missions over the past few months.   With the observed outrage and anger that has emanated across Jordan and the Muslim World, the increased involvement of those actors could provide the push that has been needed in the past several months to make a substantial difference in the fight against the Islamic State.

This push could be the answer to the problem that is the Islamic State.  The coalition and the members of it have seemed almost wary of their participation in recent months, which has made the Islamic State’s presence seem to grow only stronger in the Levant region.  As the Islamic State’s barbarous tactics have continued to effect and impact not only Western nations, but also countries around the world, the call to action is stronger than ever.   In the case of the brutal murder of Lt. al-Kassasbeh, the Islamic State has set themselves up for harsher action at the hands of fellow Muslims.  By angering the Islamic world in the way that they have, it is inevitable that more states will get involved.  This could certainly lead to more effective strikes against the Islamic State, stronger support from other nations, and shorten the life span of the movement. The harder the Islamic State pushes nations, the harder the nations are inevitably going to push back.

One thought on “In the Wake of a Personal Attack: Responding to the Islamic State”