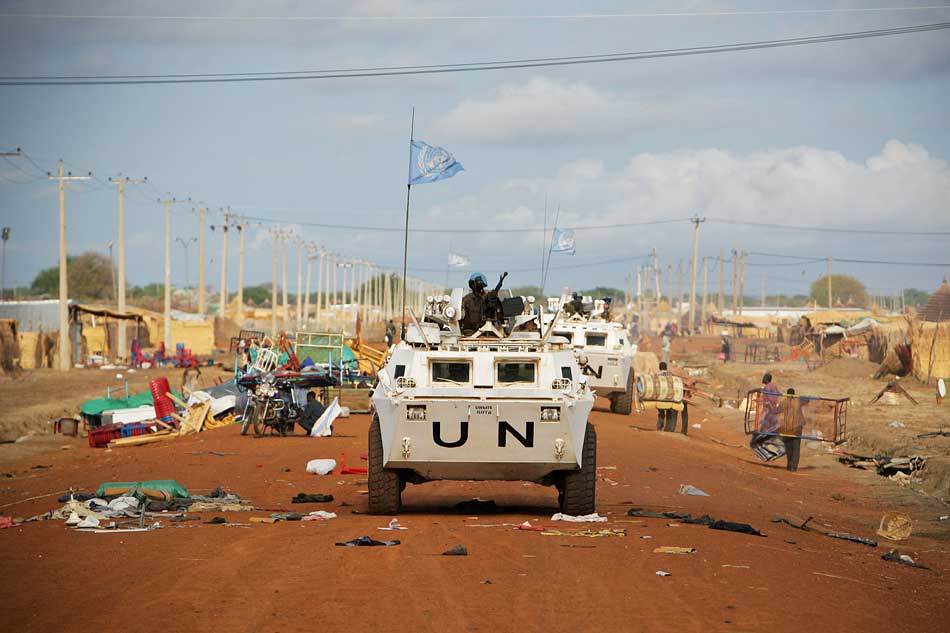 We live in an era of unprecedented technological advances where news is covered in a 24/7 cycle, with events immediately reported. The media has mastered the art of getting the public attention glued to a certain crisis. While certain events in Paris, Ukraine, ISIS in Iraq, and the war in Syria continue to gain attention, other events fail to gain traction. This is especially true of African conflicts, notably in Sudan.

As events in Paris unfolded following the atrocious attacks on Charlie Hebdo, Boko Haram was pursuing a policy of extermination, massacring 2,000 innocent civilians and razing two towns to the ground. The international media’s response was slow, even following the release of Satellite Imagery by Amnesty International corroborating the events and documenting the scale of the attacks. Only months ago did the world embark on a massive media campaign #BringBackOurGirls, only to lose steam. Tragically, public attention is a problem that human rights and advocacy organizations consistently have to deal with. The average citizen is “fatigued” within a few weeks of any campaign or cause, losing interest and jumping on-board the crisis du jour.

Understandably, international crises require time to be resolved, often spanning years. To a certain degree one can understand why the average citizen loses interest in a cause that has no direct impact on their own life. The same sympathy, however, doesn’t apply to the international community.

The international community has simply failed the people of Sudan. The conflict in Darfur, regardless of the lack of media coverage, continues. Violence is at its highest level in a decade, with the worst yet to come. The UN announced last month that its peacekeeping forces in Darfur will be withdrawn from the area in the coming year as the government of Sudan has successfully pressured the UN to do so. The UN has thus handed over a victory for the government of Omar Al Bashir, a wanted fugitive by the International Criminal Court for crimes against humanity and genocide charges.

Bashir and his conspirators are unlikely to face justice; they travel and roam freely within the African states and Arab countries. The lack of cooperation and commitment by the international community has led to the International Criminal Court chief prosecutor Fatou Bensouda announcing that the case against Omar Al Bashir was to be temporarily suspended as no progress has been made to secure the arrest of Bashir.

The violence in Sudan extends from the western part of the country in Darfur, all the way to the south and east, mainly in the two border states of South Kordofan and Blue Nile. The government of Bashir has been battling rebel groups operating under the umbrella of the Sudan Revolutionary Front, a group seeking to topple the regime.

The violence in South Kordofan has been widely documented by watchdogs and NGOs, often utilizing satellite imagery to indicate the scale of the devastation left by the conflict. Everything from scorched earth policies, indiscriminate bombardment, razing of entire villages and towns, to even mass graves have been documented in these regions. The Janjaweed, a group that has horrified the world is back, and even stronger. Internally displaced persons (IDPs) and Refugees are on the rise, food and health systems on the verge of collapse in those regions, coupled with the lack of aid organizations and NGOs that have been banished from the country for the most part. Sudan’s darkest and bloodiest years may well be ahead of us.

As if the story of Sudan isn’t filled with enough violence and terror, the ongoing siege on the Nuba Mountains by the government of Sudan and its allied forces piles on the misery. The Sudanese government has been engaged in a siege policy against the people of the Nuba Mountains for the past few years. Sudanese Air Forces target the region daily with a series of indiscriminate bombings via retrofitted Antonov bombers. These planes roll out barrel bombs filled with nails and shrapnel meant to inflict the biggest harm against civilians; these weapons are prohibited under international law. The UN agency warns of the risk of famine caused by the siege and the inability of farmers to graze their land in fear of falling victim to the bombing. Help is not likely on the way, however.

The various peacekeeping missions that have operated in Sudan have consistently been underfunded, unsupported, and have lacked the tools necessary for success, most importantly the missions have lacked the political clout necessary. Furthermore, the mandate given to the multiple peacekeeping missions has not allowed them to clearly act and protect civilian populations. This has led to continuous attacks on civilians and often against UN staff and forces, all the while the UN peacekeeping forces watch, unable to act [or maybe unwilling to].

Sudan, supported by two UN veto countries: Russia its main weapons supplier and China who acquires oil and other energy sources from Sudan, and to a certain degree the U.S. government who sees in Sudan’s Intelligence Services a useful partner, has managed to continue to undermine the international human rights system.

At its core, peacekeeping operations are based on a 20th century notion that conflict is predominantly between states and that peacekeeping operations are a tool to restore and maintain peace amongst different states. Today, the situation is different, the majority of conflict occurs between non-state actors and the state; non-state actors who are not represented at the United Nations.  Moreover, UN peacekeeping missions have often undertaken a defensive approach, acting as a barrier between warring parties [states], approaching conflict from a traditional warfare perspective. Lastly, peacekeeping missions are often ill-equipped to operate in an environment where parties engage in irregular warfare.

The lesson that should be taken from the Sudan experience is that the international community must question its methods in dealing with interstate conflict. Moving forward, the international community must reconsider whether peacekeeping works. Arguably, one of the biggest challenges of peacekeeping will continue to be funding and personnel. In its current dynamic, Western states have provided the funds for operations, with less powerful states providing the military personnel and materiel to support those missions. This dynamic has created an imbalance in peacekeeping with troop contributing states often questioning and reexamining their commitments to peacekeeping missions where there is no peace to be held. It’s time to bring peacekeeping to the 21st century and more importantly, it’s time we act decisively on Sudan. The prospects of the latter are however dim.