CLEC12 (C-Type Lectin Domain Family 12 Member A) is negative regulator of granulocyte and monocyte functioning. It is a member of the C-type lectin/C-type lectin-like domain (CTL/CTLD) superfamily. It is also known as Myeloid Inhibitory C-Type Lectin-Like Receptor and Dendritic Cell-Associated Lectin. CLEC12 is a cell surface receptor that modulates signaling cascades and mediates tyrosine phosphorylation of target MAP kinases.

CLEC12A contains an ITIM (immune tyrosine-based inhibitory motif) that recruits the tyrosine phosphatases SHP-1 and SHP-2 to negatively regulate Syk signaling, a key pathway that drives inflammation through the production of reactive oxygen species (ROS) and generation of cytokines and chemokines. The ligand for CLEC12A is monosodium urate (MSU), which is released by dying cells. The function of CLEC12A, then, is to counterbalance the immune response to dead cells. 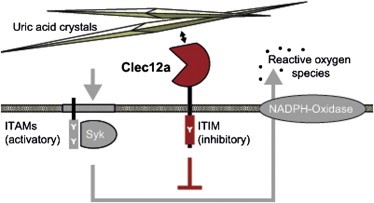 CLEC12A is expressed predominantly in the bone marrow and immune system (spleen, bone marrow, lymph nodes), as well as in the lung. 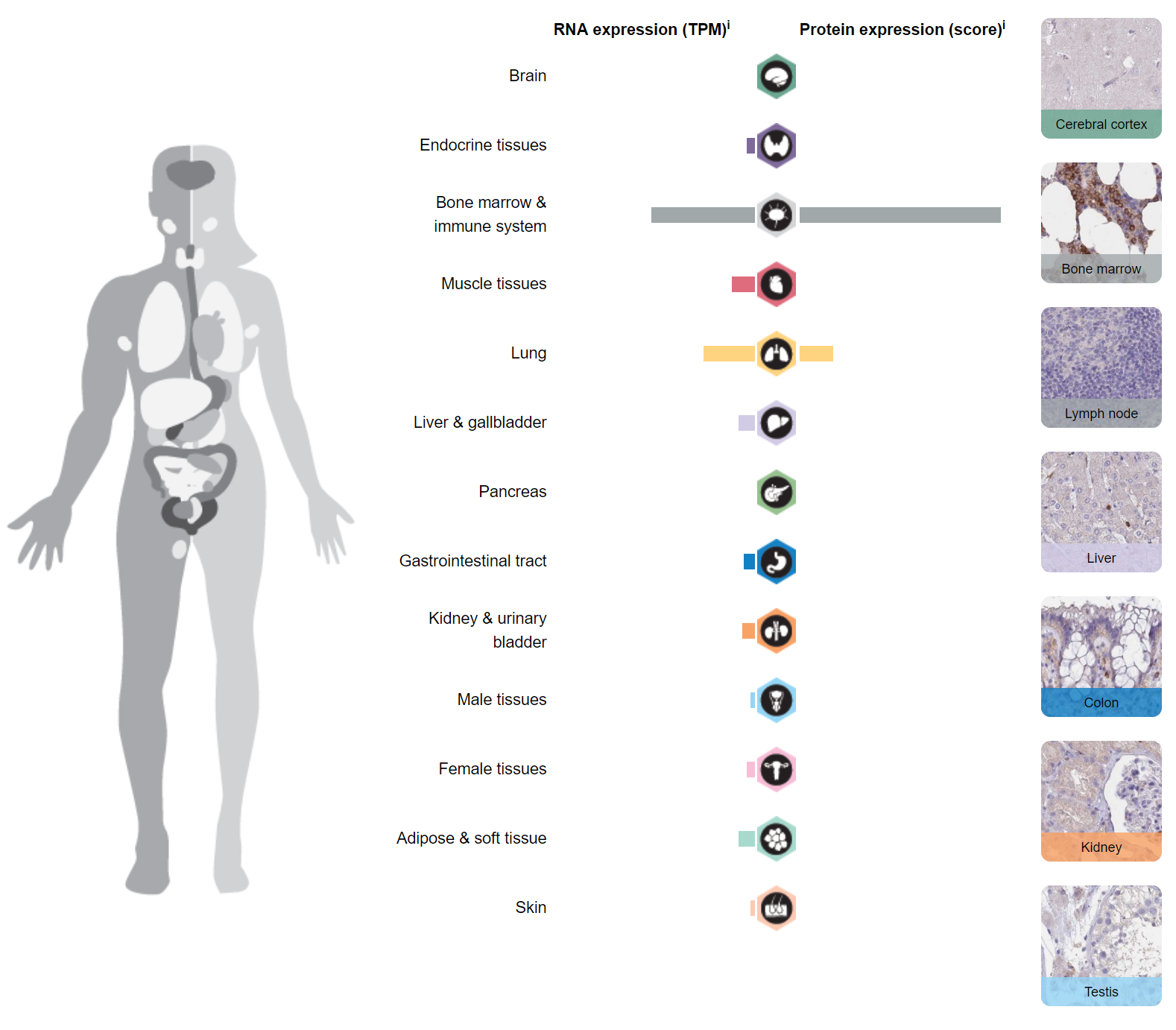 CLECI12A is a leukemia‐associated marker that can be used diagnosis and to assess the presence of microscopic disease following ablative chemotherapy (minimal residual disease) in AML. It is a good marker for leukemic stem cells (LSC) since it can be found on CD34+CD38− cells in CD34‐positive AML, but is completely absent on the CD34+CD38− cells in normal donors and in regenerating bone marrow:

In another recent study: 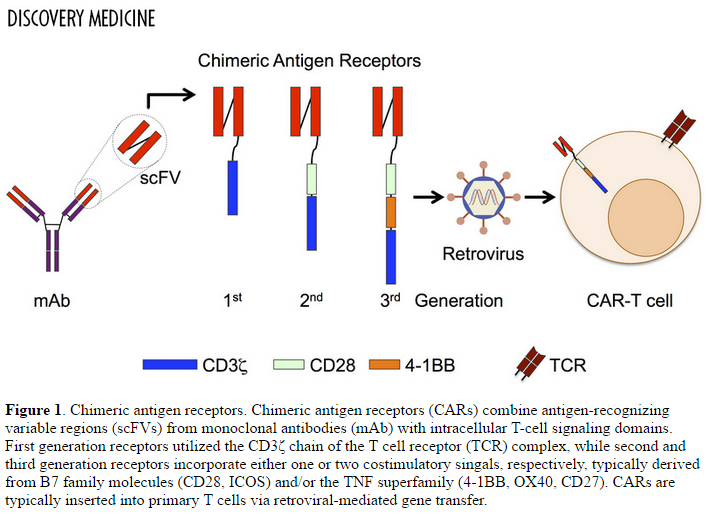 To investigate the potential role of CLEC12A CART cells in eradication of MRD and LSC, mice were treated first with chemotherapy (cytarabine 60 mg/kg intraperitoneal injection daily for 5 days) followed by a single dose (1×105 total T cells via tail vein injection) of either CLEC12A CARTs or control untransduced T cells (UTD). Treatment with CLEC12A CART cells resulted in eradication of leukemia and prolonged survival in these mice (overall survival at 200 days of 100% after CLEC12A CARTs compared to 20% after UTD, p=0.01).

Merus has used its “Biclonics” full-length IgG bispecific antibody platform to generate MCLA-117, which binds to CD3 (expressed on CD8+ cells) and CLEC12A. The approach is known as T-cell engagement, and is designed to localize activated T-cells to cells expressing CLEC12A, much in the same way that the bispecific antibody, Blincyto (blinatumomab), targets CD19 in ALL (acute lymphoblastic leukemia).

A first in man Phase 1 trial of MCLA-117 in patients with AML is underway in Europe. Patients must have at least 20% of cells expressing CLEC12A and satisfy the following requirements: