This week, the FDA Oncology Drug Advisory Committee provided a unanimous recommendation to Novartis’ tisagenlecleucel, a CAR (chimeric antigen receptor) T-cell therapy directed against CD19 for the treatment of relapsed or refractory (r/r) pediatric and young adult patients with B-cell acute lymphoblastic leukemia (ALL).  In addition, the FDA granted full approval to Amgen for Blincyto (blinatumomab), a bispecific monoclonal antibody that targets CD19, for indicated for the treatment of relapsed or refractory B-cell precursor acute lymphoblastic leukemia (ALL) in adults and children. Blincyto received conditional approval in 2015 for this claim. 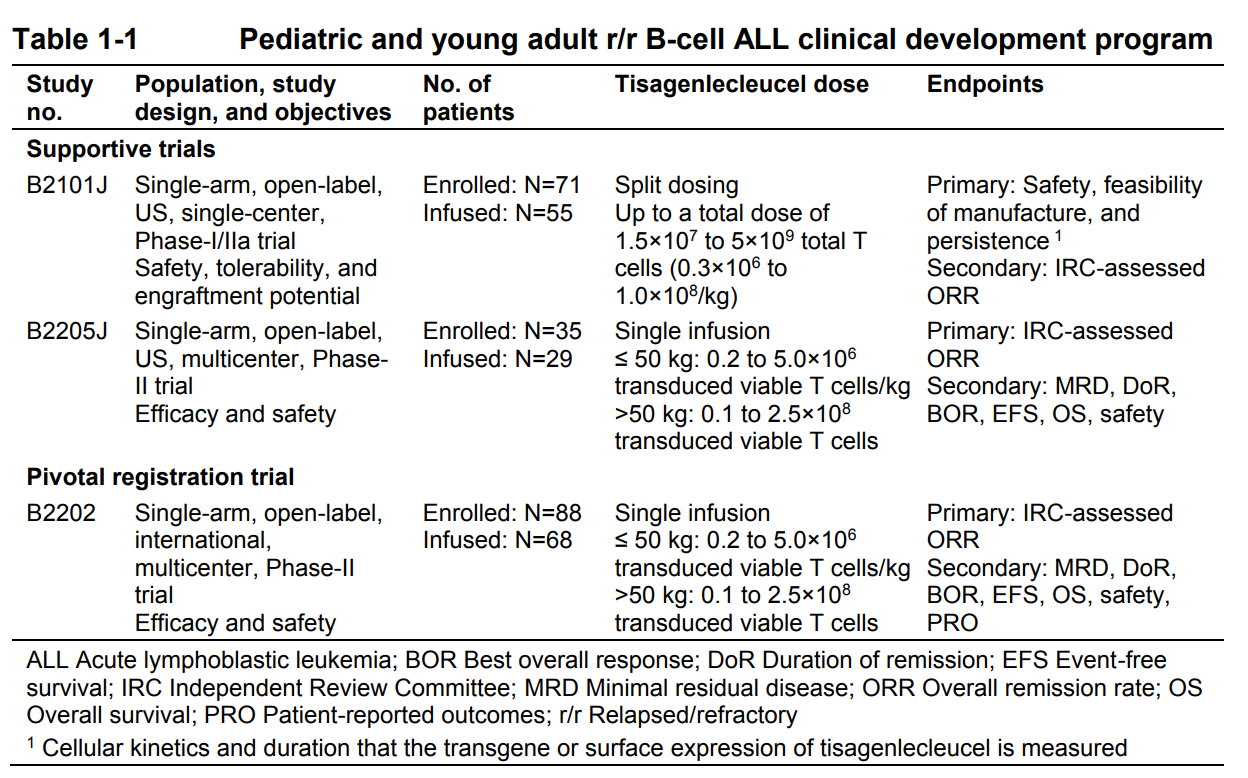 In the registration trial, the overall response rate was 83% with over 60% of responders maintaining response for over 15 months, and a median survival of 16.6 months. 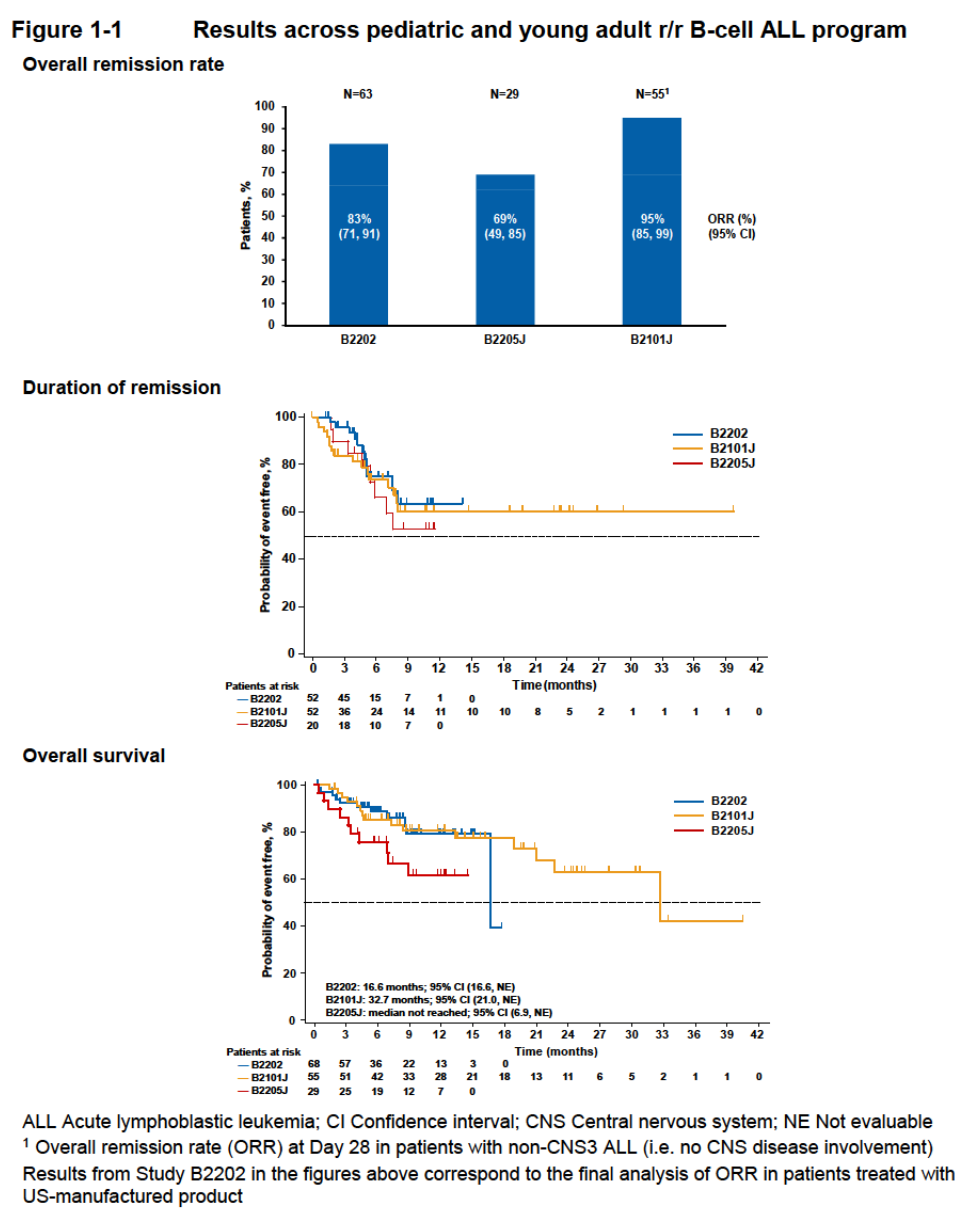 The TOWER study included 405 patients with relapsed or refractory B-cell precursor ALL [> 5% blasts in the bone marrow and refractory to primary induction therapy or refractory to last therapy, untreated first relapse with first remission duration < 12 months, untreated second or later relapse, or relapse at any time after allogeneic hematopoietic stem

The study demonstrated a statistically significant advantage for Blincyto over SOC, with a median survival of 7.7 months and 4.0 months, respectively (p = 0.012). 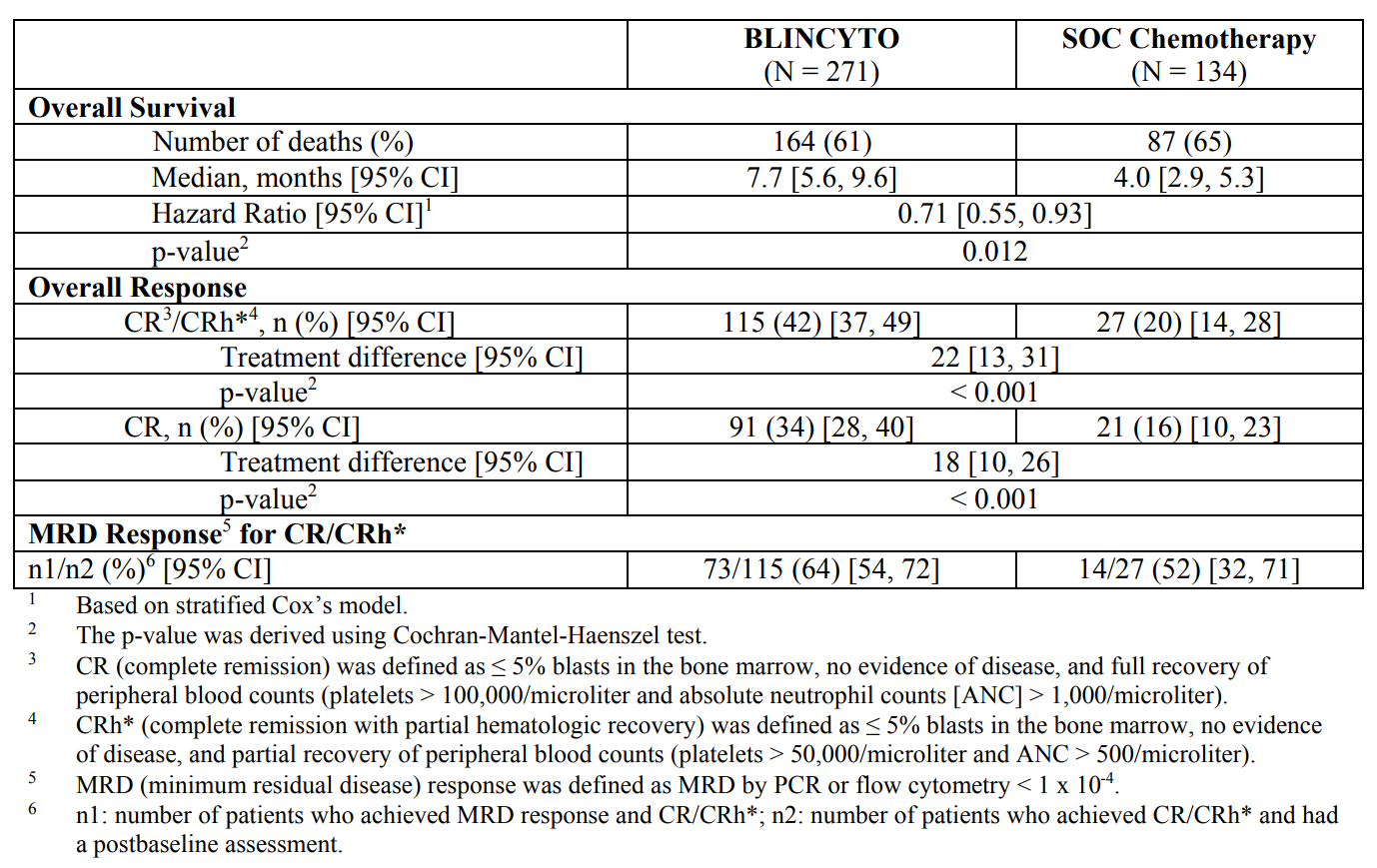 Cytokine release syndrome is a consequence of engaging T-cells and precipitating potent immune responses. Blincyto brings T-cells into contact with CD19 on B-cells via the anti-CD3 recognition motif on the bi-specific MAb construct. Tisagenlecleucel is an autologous CD8+ T-cell that is genetically modified with an anti-CD19 antibody variable region. Using corticosteroids to combat CRS can affect the functioning of the T-cells against cancerous B-cells expressing CD19. Therefore, steroids are not the preferred approach to managing CRS. Clinical researchers have come up with a different strategy – anti-IL6 antibodies.

The most common toxicity associated with the novel immunotherapies CART-19 and blinatumomab is CRS, a constellation of inflammatory symptoms resulting from cytokine elevations associated with T cell engagement and proliferation. In most patients, CRS symptoms are mild and flulike, with fevers and myalgias. However, some patients experience a severe inflammatory syndrome, including vascular leak, hypotension, pulmonary edema, and coagulopathy, resulting in multiorgan system failure; and recently, a CRS-related death after blinatumomab was reported. Cytokine elevations are measurable in most patients, but the degree of elevation may not correlate with severity of CRS or response to therapy. Moreover, some patients experience symptoms without marked cytokine elevation, whereas others demonstrate laboratory findings out of proportion to clinical symptoms.

The management of CRS can be challenging. Fulminant CRS may be life threatening; however, some degree of cytokine release is likely a necessary consequence of T cell activation and therefore efficacy. Corticosteroids are an obvious choice to blunt CRS owing to their known efficacy in disorders that involve activated T cells, such as graft versus host disease and inflammatory processes.21 Indeed, corticosteroids have been incorporated into the routine supportive care for blinatumomab therapy. However, the potential negative impact on therapeutic T cell proliferation remains a concern for cellular therapies. In the original report of CART-19 efficacy, Porter et al1 observed a partial response in a patient who received corticosteroids early after CART-19 infusion. Yet, our group and Brentjens et al2,10 have since used short-term steroids to treat life-threatening CRS in some cases without compromising CART proliferation or efficacy. In vitro, steroids reduce cytokine levels without affecting the T cell activation produced by bispecific T cell engagers.22 However, the potential to blunt efficacy with corticosteroid use remains a concern, which needs to be balanced with their well-documented benefit in disorders of excess inflammation.

Tocilizumab (Actemra) is indicated for the treatment of rheumatoid arthritis, giant cell arteritis, Polyarticular Juvenile Idiopathic Arthritis (PJIA), and Systemic Juvenile Idiopathic Arthritis (SJIA). Tocilizumab binds to both soluble and membrane-bound IL-6 receptors (sIL-6R and mIL-6R), and has been shown to inhibit IL-6-mediated signaling through these receptors. IL-6 is a pleiotropic pro-inflammatory cytokine. 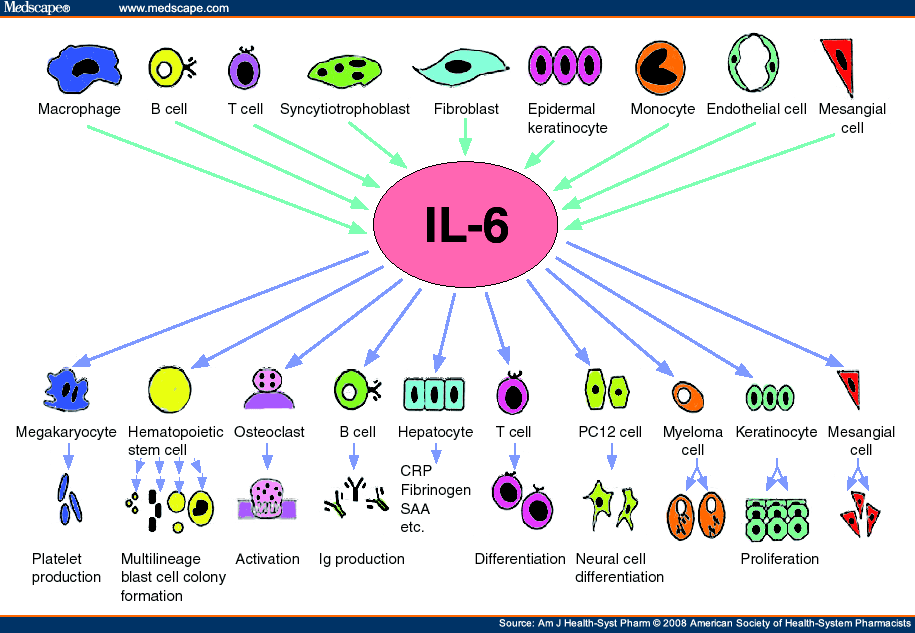 Although tocilizumab has rapidly reversed life-threatening manifestations of CRS caused by CART-19 or blinatumomab, it should be noted that there is some concern that tocilizumab should be avoided if MAS is suspected. This concern stems from a case report suggesting that tocilizumab may temporarily mask or control clinical symptoms of MAS (macrophage activation syndrome) in patients with JIA, thereby delaying definitive therapy. In MAS caused by an auto-immune disease, symptoms may flare when IL-6 blockade is lifted if definitive therapy is not initiated; however, this is less of a concern with the transient MAS associated with T cell therapies.