Even patients with large tumor burdens and many mutations have experienced excellent results. The same is true for patients with high amounts of circulating tumor (ct) DNA as determined by “liquid biopsy.” In a study of mutation burden and response, patients with very high tumor burden had the highest response rate to immunotherapy:

This makes sense because patients with many mutations generate neoantigens to which the immune system can mount a response. It is likely that the immune response to at least one of the neoantigens has not been abrogated. Therefore, checkpoint inhibition, which blocks the immune system from no longer attacking these antigens, would be beneficial. Indeed, patients with mutagen-induced tumors, for example, melanoma (UV exposure) and non-small cell lung cancer (cigarette smoking) experience better responses than those with non-mutagen induced tumors.

What factors have been associated with hyperprogression?

Approximately 9% of patients across many tumor types are hyperprogressors. Baseline tumor burden and tumor type were not correlated with hyperprogression, however, older age patients were more likely to hyperprogress on anti-PD-1/PD-L1 therapy than younger patients.

The pace of progression in patients with amplification (increased copy number) of the MDM2 gene, which encodes p53, has been shown to increase five to forty-fold compared with those in whom MDM2 amplification is not present. The MDM2 gene encodes a protein that suppresses p53 expression. MDM2 binds to the p53 transactivation domain and repress its transcriptional activity. p53 is the guardian of the genome; it is responsible for pausing replication so that DNA repair can take place, and if repair is not possible, p53 invokes apoptosis. MDM2 amplification deprives cancer cells of this safeguard.

Independent of the affects mediated through p53 suppression, MDM2 has several critical functions that promote invasiveness and genomic instability, and suppress apoptosis. 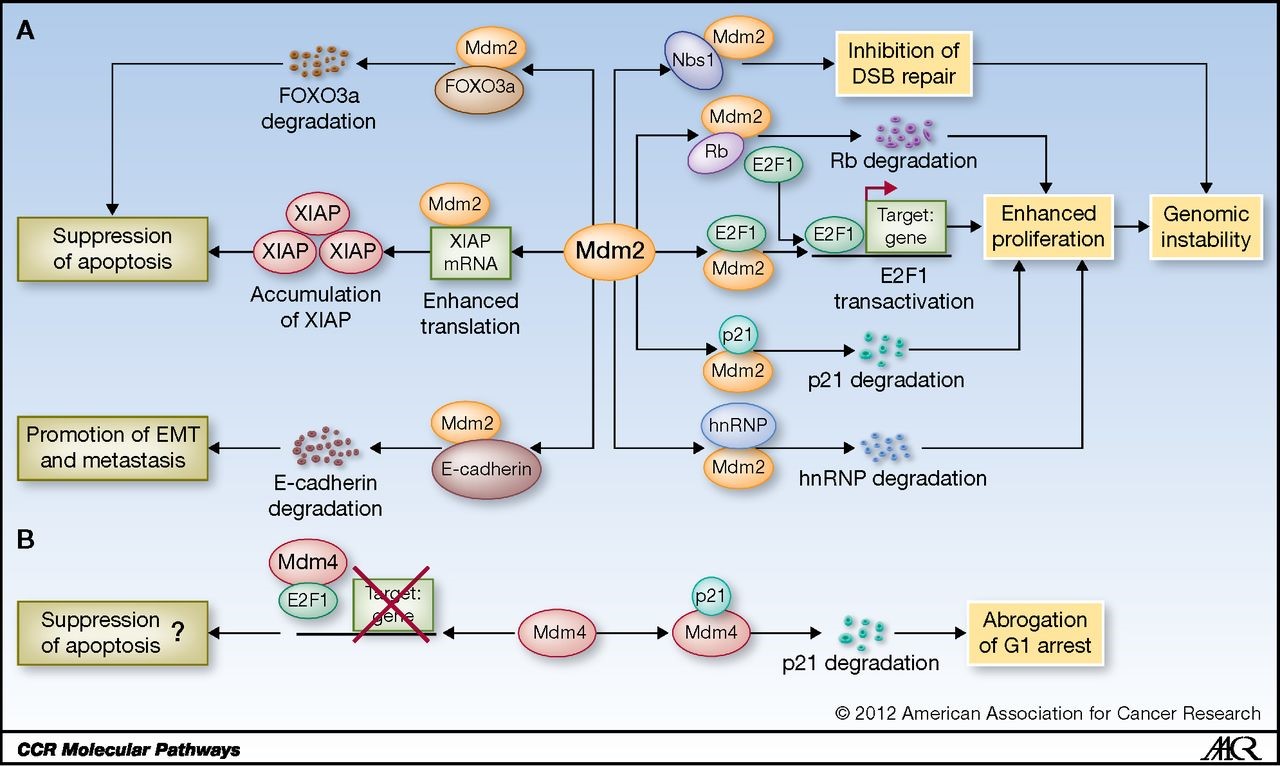 Prior to the availability of checkpoint inhibitors, MDM2 amplification has been associated with poor progression in patients with lung cancer:

In colon cancer, MDM2 amplification, but NOT the single nucleotide polymorphism (thymine to guanine) at codon 72 (SNP309), was associated with advanced tumor stage: