HDAC inhibitors work by blocking Histone De-ACetylase enzyme, which removes acetyl groups from the proteins that encase DNA, that is histones.  They are triggered by CpG sequences on DNA promoters; HDACs put chromatin in a configuration that favors LACK of transcription.  So, blocking HDACs favors transcription – see prior post.

A pan-HDAC inhibitor blocks Class I and Class II HDACs resulting in increased acetylation of histones, which then leads to cell cycle arrest, apoptosis, and decreased proliferation.  This occurs because one of the main mechanisms by which tumor suppressor genes are silenced is via DNA methylation.  HDAC inhibitors reverse the effect of DNA methylation by allowing transcription of tumor suppressor genes.  The expression of tumor suppression genes halts the cancer.  (See diagram from Nature Reviews.) 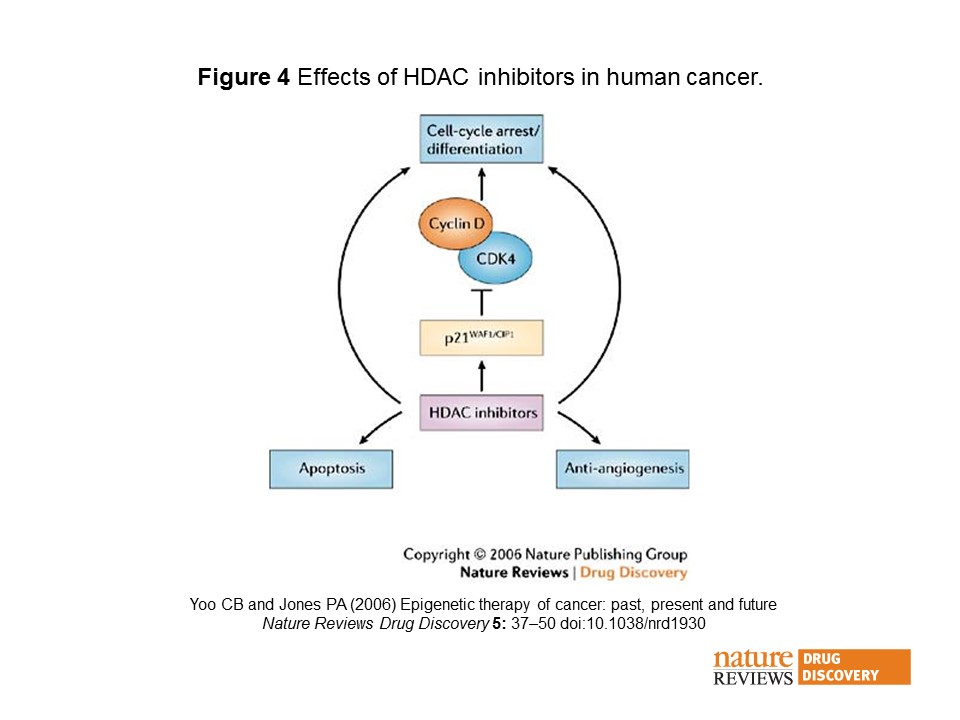 HDAC inhibitors prevent hypomethylation of histones, which leads to chromatin remodelling, transcriptional activity, and restoration of malignant cells to a more normal state. Almost all HDAC inhibitors are known to induce the p21WAF1/CIP1 gene expression, which leads to inhibition of the cyclin D–cyclin D kinase-4 complexes and cell-cycle arrest and differentiation. HDAC inhibitors are also known to have anti-angiogenic effects, and promote apoptosis92. Many pathways might be involved in promoting growth inhibition, differentiation, apoptosis and anti-angiogenesis.