In an interview with The Guardian, lead researcher Professor Martin Widschwendter, from University College London, said: “We identified an epigenetic signature in women with a mutated BRCA1 gene that was linked to increased cancer risk and lower survival rates.

“Surprisingly, we found the same signature in large cohorts of women without the BRCA1 mutation and it was able to predict breast cancer risk several years before diagnosis.

Interestingly, the test worked on blood samples, only, not on buccal samples from the same patients.

This is a very important finding because BRCA mutations are seen in only 10-15% of patients with breast cancer, so, there is no reliable way to predict for the development of 85-90% of breast cancers.  The test was also predictive of breast cancer mortality.

The association of mutations in the BRCA tumor suppressor genes and the development of breast and ovarian cancer was greatly publicized when Angelina Jolie underwent bilateral double mastectomy after developing breast cancer that was BRCA-positive.  Two days ago Joan Lunden made known that she developed breast cancer that is described as aggressive, though it was caught at an early stage, and she is undergoing chemotherapy. 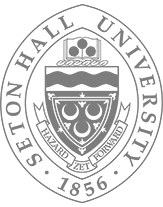