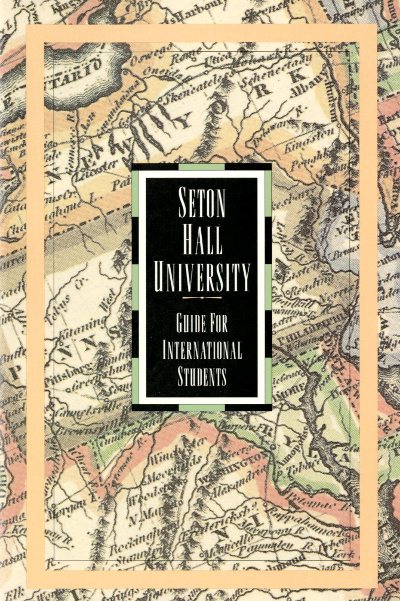 October is Archives Month in the United States, but it also coincides with International Celebration month observances on campus. In the spirit of documentary preservation and global appeal alike, the presence of cultural diversity at Seton Hall has been a prime part of school history as the institution has hosted numerous students from all corners of the globe from its founding in 1856 to the present day. From a historical perspective, the sons (and later daughters from 1937 onward) of first and second generation Americans comprised the majority of student representation at Setonia especially during the formative years of the school and geographical transition from its first home in Madison to the present site in South Orange. Additionally, adolescents from neighboring countries formed part of this tradition in the making. For example, the first student outside of American borders to make his mark in the registration ledger was Ernesto Regil of Merida, Yucatan, Mexico who enrolled at Seton Hall College in 1856. He was the 20th enrollee overall and he shared the first-hand experience of life on the Setonia campus with those who traced their ancestry back to Ireland, France, England and other European locales. Ernesto was followed the next year by other townsfolk from Merida including Joseph Gutierez, Francisco Plana, Lorenzo Peon, and Miguel Peon with the later two gentlemen being the first brothers from abroad to attend the school simultaneously. These trailblazers were followed by others from Cuba, Spain, France, Venezuela, and “Porto Rico” over the next three years. This success marked a steady trend of student émigrés who continued to attend Seton Hall over the next century and a half. 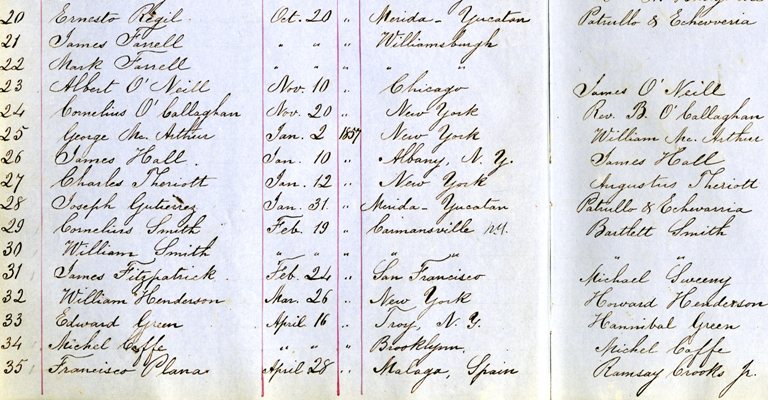 As the twentieth century dawned and progressed with increased enrollment from across the world, the trend of Seton Hall and its international connections went unbroken even as the “Great War” and World War II posed a challenge to institutional stability. Enrollment increased several fold during the 1940s and after the school attained university-status in 1950, Seton Hall established a number of specialized centers shortly thereafter designed to help students and the community at large appreciate the cultural heritage of different national groups with ties to the campus. Counted among entities of this type that have been created over the last several decades include the Far Eastern Institute (now known as the Asia Center), Charles and Joan Alberto Italian Institute, Joseph A. Unanue Latino Institute along with the International Institute for Clergy Formation, Institute for International Business, and Institute for Near East Archaeological Research. Many student-administered organizations from the Adelante Club for Hispanic Culture, African Student Association, Asia Student Association, Filipino League Association of Seton Hall, French Club, Italian Student Organization, Slavic Club, South Asian Students Organization, and the West Indian Student Organization to name a few have thrived due to their specific appeal and service focus features that allow students the opportunity to share and explore their roots with their classmates and other interested parties alike.

Beyond individual representation and club membership, cultural exchanges in the classroom were equally felt as classical and modern languages took place from the earliest years onward as part of the curriculum to help share texts and ideas on a closer manner if not geographically, then intellectually. Noted professors from abroad also came to the school and taught a number of classes in their respective specializations. History courses, anthropology, education and other specific class offerings cross-listed with such titles as: “History of Asian Philosophy and Culture,” Europe and the Atlantic Vista, 1500-1800,” and the “Diplomatic History of Latin America,” to name a few have graced our bulletins of information and general catalogues over the last century and a half. All majors and minors alike in their respective fields of study have benefitted from some type of worldview in the course of their schedule selection and ultimate educational path. The heritage of global interaction has increased dramatically especially with the growth of the United Nations and the call for those who want a career that literally explores the world in action. Therefore, those who chose to make global welfare a priority have contributed to the eventual evolution of the John C. Whitehead School of Diplomacy and International Relations formally founded in 1998. Collectively, the planet and Seton Hall remain in sync through these ties to the past along with a future promise of student interest in keeping the tradition of internationalism in all its varied forms alive and well on campus. 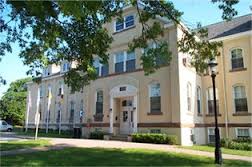 At the Archives & Special Collections Center we house various materials that document the international experience at Seton Hall from a number of different perspectives. It is our pleasure to share these resources with those who want to explore the cultural and national diversity of our student, faculty, and admnistraors over the years. For more information regarding collections relating to Seton Hall University history please contact: Alan Delozier, University Archivist – Alan.Delozier@shu.edu; (973) 275-2378. Thank you and bienvenue!