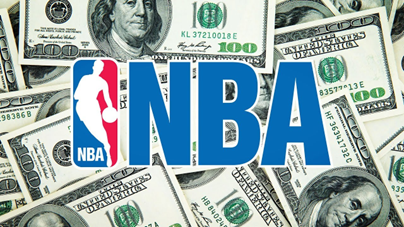 As National Basketball Association (NBA) teams have been running up their payrolls in recent years, NBA commissioner Adam Silver has begun to explore the possibility of implementing a hard salary cap for teams to abide by. The league believes that the current system doesn’t provide all 30 teams the ability to be competitive and contend, as teams like the Golden State Warriors, Los Angeles Clippers, and Brooklyn Nets have payrolls pushing $200 million, more than double the teams at the bottom. However, the proposal has already been met with opposition from the Players Association with threats of forcing a lockout when discussing a new Collective Bargaining Agreement (CBA). The association has the option this December to make the CBA expire at the end of this season if they do not like Silver’s plans.

The payroll issue that the league is facing stems from the current financial structure that the league follows. The NBA currently has a soft cap of $123,655 million, with a tax line of $150,267 million, when teams surpass the line, they begin to accrue luxury tax penalties. The fees are used to redistribute the surplus to the teams that pay less, to equally distribute between players and owners. However, this format heavily benefits big market teams that have higher financial capabilities as they can afford to pay high luxury tax fees to maintain all of their star players. Ten of the league’s thirty teams are currently over this threshold, with the top teams playing in Golden State (San Francisco), Los Angeles, Boston, Brooklyn, Philadelphia, and Dallas. The teams with the lowest payrolls play in smaller markets such as San Antonio, Memphis, and Indiana.

Golden State set the record for the highest luxury tax bill in NBA history as they paid a whopping $170 million for their roster from the 2021-2022 season, which also lead them to a championship. Their tax bill alone is higher than twenty-five teams’ player payrolls. They are a clear example of how more lucrative owners are allowing their franchises to maintain key players and box out small market teams. This limits the chances of those smaller market teams experiencing success and is why Silver and the league are looking into implementing a hard cap.

Looking at hypotheticals for a moment, the NBA increased its tax line amount by just over 17% for this season. If the league chooses to convert the tax line into a hard cap and increase it by 17% again it would sit at just under $178 million. If the league did choose this route, the top three teams would still have to find ways to dump $10-20 million of its current player payrolls. If the league were to keep it closer to its current tax line of $150 million it would affect the top third of the leagues’ payrolls and force the top teams to have to cut up to $40 million. This would leave these teams with tough roster decisions to make and could force them to not be able to retain all their stars, possibly creating a more balanced league.

Although it is hard to tell how likely a hard cap implementation is at the moment, the situation at hand will surely be interesting to monitor as the December CBA deadline option approaches. Big market teams may have to let go of some of their star players that their fans have grown to cheer and love for seasons.