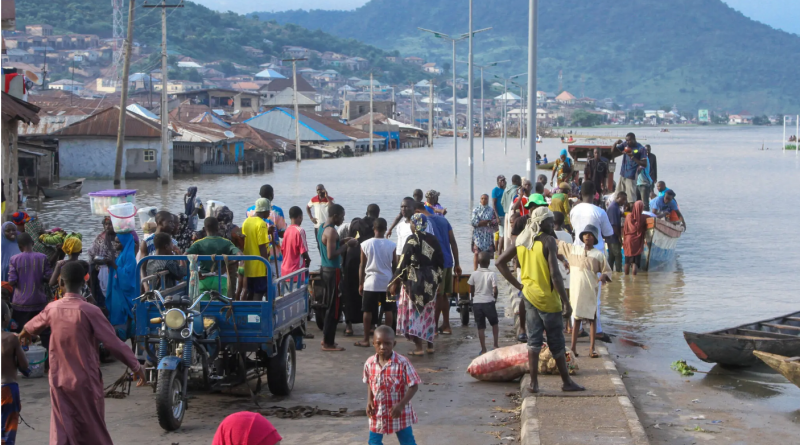 Recent flooding in Nigeria has killed more than 600 people and displaced roughly 1.4 million. The flooding this year is the worst in at least a decade, and has destroyed hundreds of thousands of homes and farms, devastating the West African country of 225 million people. Nigeria is no stranger to seasonal flooding, but 2022 has surpassed usual levels owing to both an exceptional amount of rain, and the release of water from Dams both in Nigeria and Cameroon. The already dire situation is only likely to worsen in the coming weeks as flooding is expected to persist until the end of November. The flooding has affected Nigerians across the country, with 33 out of the country’s 36 states experiencing floods. In one of the most tragic episodes of the months long ordeal, nearly 80 people drowned on October 9th after an overcrowded boat capsized in the flooded Niger river.

The flooding has devastated the country’s agricultural sector, with maize output expected to decrease 12% and rice output by 21%. The disaster also puts the country at risk of experiencing a worsened cholera outbreak with the flooding disrupting access to clean water.

Nigeria is not alone in its flooding woes, with the UN estimating that 3.4 million west and central Africans have been displaced. Nigeria’s Northeastern neighbor Chad declared a state of emergency in mid-October as more than one million of the country’s citizens have been affected by unprecedented levels of flooding.

While the disaster is certainly a symptom of climate change, this does not absolve the clear missteps of Nigerian government officials which allowed the situation to be as devastating as it has been. An example of this governmental negligence can be evidenced through the case of the Lagdo Dam in Cameroon. The Lagdo Dam sits on Benue River, upstream from where the river crosses into Nigeria. The Dam was completed in 1982, at which time the Nigerian government had agreed to build a dam more than twice as large downstream as a precaution in case the Lagdo ever needed to release excess water during periods of especially heavy flooding. The Nigerian never made good on this plan, and its people have suffered the consequence of this blunder.

Nigeria is a country which in the last few decades has seen immense population and urban growth. This growth, coupled with insufficient drainage systems, and poorly regulated urban expansion has created a situation ripe for devastating floods.

It seems that the central government was unwilling to take much blame, instead pointing out failures of local officials in responding appropriately to forecasts. As Sadiya Umar Farouq, Nigeria’s minister of humanitarian affairs tweeted, “There was enough warning and information about the 2022 flood, but states, local governments and communities appear not to take heed.”