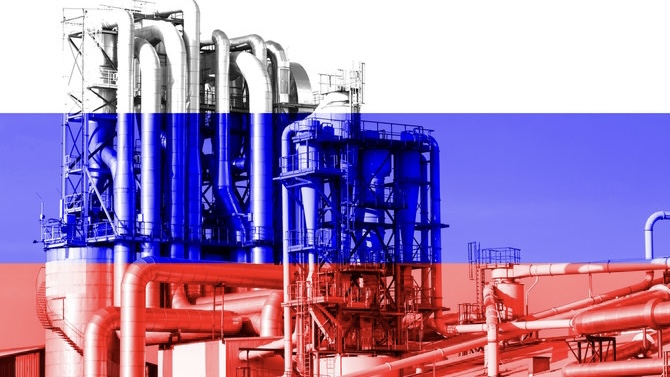 The Russian invasion of Ukraine, which is the largest conventional military attack in Europe since World War II, has caused a significant impact here at home in the United States, specifically in the financial market. While the Russian economy is in freefall due to sanctions from the West, U.S. markets also have experienced some stressors and exposure to risk as this conflict evolves. The invasion has caused immense fear and uncertainty across the U.S. and world. Prices and indexes across the NYSE have been extremely volatile due to the high risk and uncertainty leading up to when Russian forces invaded on February 24th. Following the invasion, the Dow was down by 2,500 points to 34,058 points, or a whopping 7%, compared to the beginning of the year when it stood at 36,585 points.

Additionally, The United States and Russia have both issued sanctions against each other since the invasion began. On Tuesday, March 8th, President Biden announced a ban on all imports of Russian oil, gas, and energy to the United States which make up just under 10% of U.S. imports targeting what he referred to as “the main artery” of Russia’s economy amid President Vladimir Putin’s acts of aggression on Ukraine. This move was made to attempt to hurt President Putin and Russia financially and limit his ability to commit further damage to Ukraine. However, President Biden did warn that the restriction on Russian energy could cause prices to increase. President Putin answered back to these sanctions by issuing his own against the United States on March 15th, specifically targeting President Biden and other US officials. The sanctions are reportedly “personal sanctions against representatives of the U.S. leadership and persons associated with them.”

With the fevered push to fund greener energy in the West over the past decade, these countries have become more and more economically dependent on oil producing countries like Russia. So, when supply tightens due to the stress of an active invasion combined with President Biden announcing that the halt of Russian oil, the already burdened market becomes more volatile. As Biden suggested, Americans have unfortunately felt this financial stress at the pump as gas prices have risen to an average price of $4.36 per gallon of regular gasoline as of March 15th, up almost a whole dollar from only a month ago and is the highest national average the country has ever seen according to The American Automobile Association (AAA).

The impact also worsens supply-chain problems across the country. The supply for the food industry has been hit hard, causing limited selections at restaurants and supermarkets. The shortages are forcing store owners to sell their goods at higher prices since they do not have enough to meet the demands of the US consumers. Another industry being greatly impacted is technology, specifically in microchip manufacturing. The U.S. has proposed a microchip blockade on Russia which would cripple it in the short-term. But analysts fear long-term risk for the United States as it motivates China to save the day and establish a stronger relationship supplying Russian tech companies. Experts also fear a deeper motivation for countries to innovate and become more independent in a market that the U.S. has a large market share in.

Overall, the Russian invasion of Ukraine has caused immense uncertainty, fear, and financial hardship for families here at home and across the world. Unfortunately, as it looks like there will be no resolution to the conflict in the near future, Americans will have to stay updated and prepared for the constantly changing impacts, news, and possible sanctions as the status of the invasion changes by the minute.