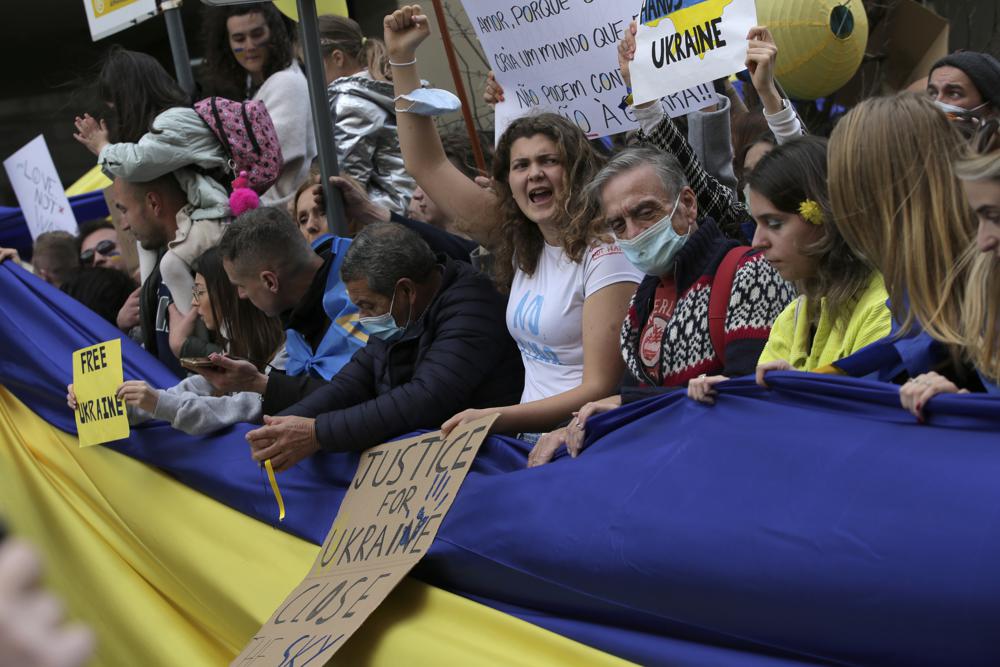 The Russian invasion of Ukraine has precipitated near universal condemnation around the world. NATO and European Union states have roundly criticized the illegal and unprecedented Russian invasion of the Eastern European country of 40 million people. NATO and EU countries were united not only in words but actions, presenting a unified and potent response.

The Russian economy began to suffer immediately after the invasion. The ruble plummeted in value, and commodities in Russia jumped in prices. Many of these economic shockwaves began before Ukrainian allies retaliated. The retaliation to come, which has only just begun, is already proving quite potent.

Russia’s economy is not nearly as large as the many nations it has angered, with a nominal GDP of around $1.48 Trillion the economy is not even in the top 10 largest, lagging behind Canada and South Korea.

Perhaps the first major economic blow imposed against Russia was rendered shortly before the invasion. In response to Russia’s recognition of the independence of Luhansk and Donetsk, Germany suspended the Nord Stream 2. Previously, Germany’s desire to develop the gas pipeline was a major source of concern for the US and others who worried a Germany reliant on Russia would be a Germany reluctant to act against Russian aggression. The situation seems to have been severe enough for German Chancellor Olaf Scholz to take the decisive action many in the international community had urged for years.

The day of the invasion saw harsh rebukes from nations in support of Ukraine, and February 26th saw major announcements of severe consequences. The United States, Canada, United Kingdom, and European Union announced that select Russian banks would be removed from SWIFT. SWIFT is a cooperative society that facilitates the communication of transfer requests between major banks across the world. Removal of Russian banks from SWIFT will severely damage the Russian economy. Although this action is incredibly powerful, the pro-Ukrainian coalition did not slap this punishment on all Russian banks, meaning further, even more crippling consequences could still be imposed later as escalation. Before SWIFT, the US and other allies had announced targeted sanctions on many Russian officials, oligarchs, and those close to them.

While many nations had been providing military aid in the lead up to the invasion, the actual assault has seen Ukrainian partners massively increase their support. Perhaps the biggest sign of just how severely alarming and isolating the Russian invasion has been is Germany’s change of stance. Germany has for years maintained a policy against sending weapons to conflict zones, and had prohibited other countries from supplying weapons through its territory. On the 26th of February Germany reversed this position, not only allowing The Netherlands to send military aid, but committed 500 anti-aircraft Stingers and twice as many anti-tank weapons from its own supplies.

The same day as the decision to remove Russian banks from SWIFT, and Germany’s reversal of its prohibition of arms transport, the United States announced it was authorizing $350 million in new military aid for Ukraine in its war against Russia. This authorization comes after hundreds of millions of dollars worth of lethal aid that had already been provided to Ukraine during the lead-up to the invasion.

On February 27th the European Union announced it would give more than $500 million in military aid to Ukraine, an unprecedented decision to go forward with such an action collectively as an organization.

Since its invasion of Ukraine, the Russian Federation has seen extensive condemnation, and where there was not condemnation, there was silence that could be just as alarming for a President Putin who may have overestimated the international support he would receive. Russia vetoed a United Nations Security Council resolution which condemned Russia’s invasion and called for immediate withdrawal of its troops. Though the resolution was rendered null by Russia’s vote against it. The Russian Federation was alone in its opposition, with all other members either voting in favor, or in the case of China, India and the United Arab Emirates, choosing to abstain. China, widely considered a rival of the West and a partner of Russia, has given no statement supporting Russia’s actions. The few statements made by China regarding the invasion have included a call for dialogue to achieve a peaceful resolution and a call for Ukraine’s sovereignty to be respected, while avoiding any direct rebuke of Russian conduct.

The international response to Putin’s decision to invade Ukraine, less than a week into the campaign has provided little good news for the Russian Federation, and this is likely to be only the beginning of many crippling punishments that Ukraine’s allies hope will bring its invader to its knees.