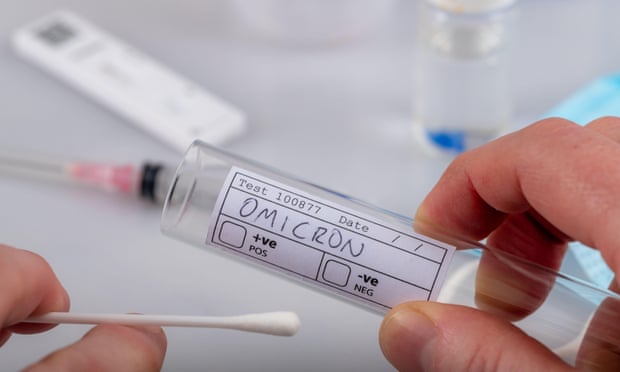 Much is still unknown about Omicron. Omicron was first discovered by scientists in southern Africa and is now present in more than 30 countries. It has a mutation, scientists say, that spreads faster and causes more breakthrough infections in vaccinated or previously infected people, but its properties have not been identified. According to President’s plan, home inspections will be reimbursed to 150 million Americans with private insurance. To ensure access to uninsured or Medicaid-covered people, the government plans to distribute an additional 15 million tests to community health centers and local clinics. Looking to the future, experts envision a world where people test themselves as soon as they show symptoms, go into quarantine if they are positive, and be treated with new antivirals under development. Early testing is important because antiviral drugs are most effective immediately after the onset of symptoms.

The White House is taking steps to ensure 13 million antiviral treatments. Home tests are relatively difficult to do in the United States due to supply constraints, and they are expensive, up to $25 each. Carlos del Rio, an infectious disease specialist at Emory University, said instead of people going through a tedious reimbursement process, “we subsidize them and make it incredibly cheap. Should be done. ” Plan also calls for a national campaign to reach 100 million Americans who are qualified and unboosted. The campaign includes paid advertising and a free trip to a vaccination site coordinated by AARP, an advocacy group for older Americans. And the Federal Emergency Management Agency will start with what the government calls a mobile family vaccination clinic, starting with activities in Washington and New Mexico. Officials said the goal was for states and local governments to duplicate the model “with full federal funding and support.” Mr. Biden asked his employer to give workers paid leave to receive light meals.

The new strategy will extend the current mask requirements for passengers on planes, trains, buses, terminals, and transportation hubs until mid-March. Refunds for home inspections in the United States will not be immediate or retroactive, government officials said, adding that federal agencies will issue guidelines by January 15th. To clarify that during a COVID-19 public health emergency, the insurance company must reimburse people for inspections performed at home. It was unclear how many tests could be refunded for the purchase or how the refund would work. Mr. Shah of the Ph.D. National Health Authority said his group wants to get a refund when they buy the test at the pharmacy, rather than requesting a refund later. Private insurance companies are already paying for tests in clinics and other medical facilities. At least eight home tests have been conducted in the US market.