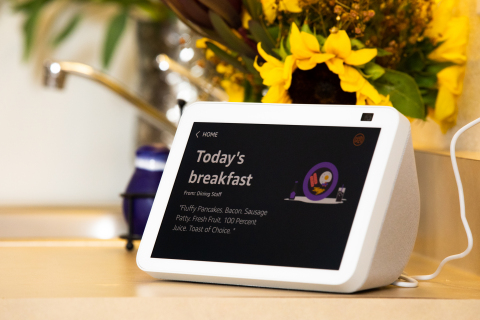 On October 25th Amazon announced a program to integrate Alexa systems into hospitals and senior living communities. The program is run through Alexa Smart Properties, a system that allows organizations to control an entire Alexa system.

Liron Torres, the global leader for Alexa Smart Properties, stated that hospitals and senior living communities were the first ones to reach out about an Alexa system. Due to the number of patients and residents that could not leave their facilities, the heads of these facilities hoped to use the system as a method of conversing with patients without the usage of PPE and to enable patients to speak with their loved ones while in quarantine. Using a robotic system such as Alexa assisted in safe communication between residents and their approved list of contacts.

The Alexa Smart Properties program also allows staff to send announcements and messages to patients quickly, removing the need to dress in protective equipment before delivering handouts to patients and saving the time it would take to complete this process. With the time saved through utilizing the Alexa system to complete menial tasks, caregivers can spend more time focusing on tasks of greater importance. Not only does the Alexa system help caregivers, but it grants residents more control and self-management, instead of relying on caregivers to complete every task for them. Paula Payne, a resident of senior living community Eskaton, stated that the Alexa system makes her feel more independent.

Cedars-Sinai, a medical center in Los Angeles, is one of the first companies to officially utilize Amazon’s new program. The executive director of Medical and Surgical Service at Cedars-Sinai has endorsed the system and truly believes that in the short time it has been used, it has benefited both his residents and his staff. Amazon is not the first company to bring its systems to senior living communities, however. The market has already been explored by other providers. Third-party providers such as K4Connect, which last year closed on $21 million in Series B funding to bring newer technologies – including Alexa’s voice assistance, have already attempted to do so.

The official Alexa Smart Properties system does not prevent third-party technology companies from profiting off of this market, therefore third-party companies can utilize its tools and Application Programming Interface (APIs) to make it easier for them to create their own solutions and software. Amazon plans to roll out this program next month.