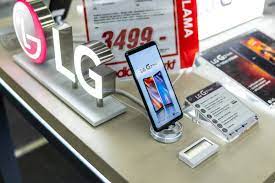 South Korean electronics giant LG announced earlier this month, it was closing its smartphone business after facing years of cumulated losses. This announcement comes a few months after the company said that it was considering various options for its mobile division. The mobile division accumulated losses totaling $4.5 billion in the last six years. The company’s board of directors approved the exit on April 5th. LG said in a statement that this decision will redirect their focus on other growing sectors, such as electric vehicle components, connected devices, smart homes, robotics, and artificial intelligence.

LG is the third most popular smartphone brand in North America, competing with Titan’s Apple and Samsung. The company rose to this position in 2013, due to many innovations including ultra-wide camera angles. LG said that the mobile phone market has become “incredibly competitive.” According to Forbes, LG has suffered from its own hardware and software issues. In addition, their lack of ability to create stagnant design innovation contributed to its waning popularity in global markets. As LG struggled with the losses it had talked to sell part of its business, but these were not successful. Last year LG shipped only 28 million phones compared to Samsung’s 256 million, according to research firm Checkpoint.

Despite closing down its mobile phone division, a spokesman LG said in a press release that they will continue to be involved in producing mobile-related technologies, such as 6G. This will help strengthen its competitiveness in other business areas. The BBC reported that the company’s move out of the mobile phone business is likely to benefit Samsung, South Korean rival, and Chinese companies according to analysts. Nevertheless, LG remains a leading consumer electronics company, especially with home appliances and televisions.