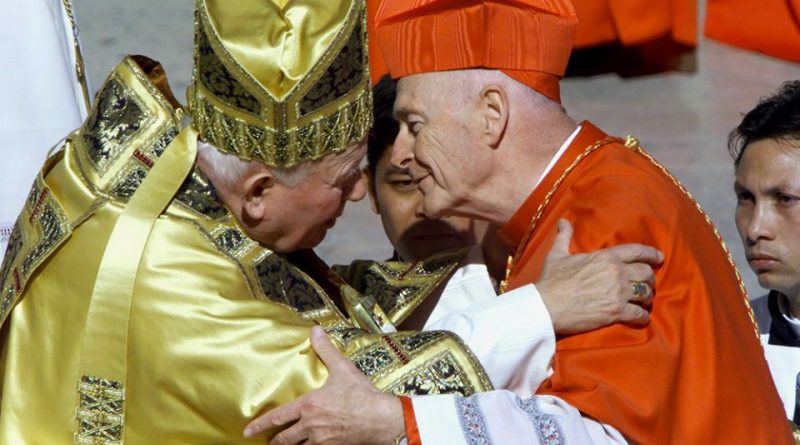 A new Vatican report has revealed that Pope John Paul II ignored reports about ex-cardinal Theodore McCarrick’s sexual misconduct. This discovery has led many to question his legacy as one of the most beloved and admired Catholic leaders in recent history. Further complicating the matter is the fact that John Paul II was canonized a saint in 2014, less than 10 years after his death. The report reveals that despite being made aware of numerous accusations against McCarrick, John Paul II did not move to further investigate and censure him. The 450-page report released on Tuesday was a remarkable effort by the church to be transparent with the public. This not only showed John Paul II but also Pope Benedict XVI and Francis had knowledge of the accusations against McCarrick, but only Francis actively responded to new allegations.

Before John Paul II’s death in 2005 and made McCarrick archbishop of Washington and made him a cardinal in 2001, despite the numerous sexual allegations against him. Under Benedict, McCarrick was asked to step down and keep a low profile after reaching the standard retirement age of 75. Francis assumed his predecessors had already thoroughly investigated allegations against McCarrick, but took action once a credible accusation involving a minor was brought to his attention. As a result, McCarrick was laicized, and removed from the clergy, in 2019.

McCarrick himself has denied all these allegations against him. In 2000, a letter submitted to the Pope John Paul II’s personal secretary, McCarrick professed his innocence, writing he had, “never had sexual relations with any person, male or female.” Despite this statement and other denials like it, many with the clergy and laity had their doubts. Even after being made aware of numerous allegations, John Paul II still appointed McCarrick as bishop.

After years of impunity with multiple allegations being ignored, he finally was expelled from the clergy in February 2019, after a Vatican tribunal found him guilty of decades of sexual misconduct against adult seminarians and children. This makes him the very first cardinal to ever be removed for sexual misconduct, but as the Catholic Church continues to struggle with the realities of predatory behavior among clergy, he very well may not be the last.