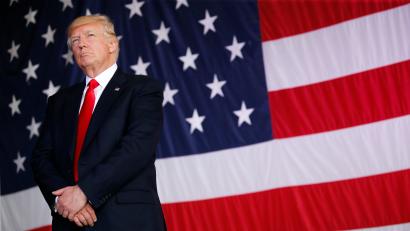 The Clean Network Initiative is the Trump Administration’s approach to safeguarding the nation’s assets, privacy, and in order to maintain data privacy. This initiative, led by The United States Undersecretary of State Keith Krach, pushed the Clean Network Initiative that targets Chinese telecom producers. Primarily focused against Chinese companies like TikTok, Huawei, and ZTE, this initiative looks to prevent these companies from infiltrating data from American citizens and companies. This initiative would ensure that People’s Republic of China (PRC) carriers are not connected with United States telecommunications, untrusted applications will be removed from U.S mobile app stores, and more actions against PRC to ensure national security.

TikTok was targeted by United States lawmakers who came to believe that the app’s parent company, Bytedance, was collecting data on American citizens and spying on them. Despite President Trump signing a few executive orders that would ban the app from the United States market and prevent Americans from advertising on the app, the app continues to run and is used by the American public. On September 28th, 2020, a federal judge ruled that Washington could not ban the app just yet due to unfounded reasons. ZTE, a telecommunication company and technological manufacturer, and Huawei, one of the largest telecommunications companies in the world, are both dealing with bans in the United States. Both companies are facing accusations of using their products to spy on other nations due to their close ties with the Chinese government. One of the upcoming problems is their 5G network infrastructure that would be incorporated around the world. Many countries desire 5G networks because this infrastructure would support millions of devices at ultrafast speeds, however the United States is worried that these companies would use their products to give private information to the Chinese government. To protect national security, the United States created the Clean Network Initiative to ban Chinese technology products.

Through this plan, the United States has brought nearly fifty countries and regions under this initiative, which has taken a lot of momentum away from Huawei technologies Co, a Chinese multinational technology company. Countries included in this initiative are the United Kingdom, Czech Republic, Poland, Sweden, and more. These countries have agreed to use Ericsson, a Swedish multinational networking and telecommunications company, to develop its 5G infrastructure instead of Huawei. France, without an official ban on Huawei, decided to phase out the company’s gear and products by not renewing licenses for telecoms operators to use. France expects phase out to start after three to eight years, and their plan is to stop renewing licenses after these years. However, the United Kingdom is set on completely removing Huawei gear by 2027 and has started banning products and the use of the Chinese tech giant’s equipment in high-speed 5G infrastructure. There are currently huge public opinions on the subject, especially since the idea of Chinese technology being a “national security threat” being unfounded. Despite being unproven and denied by Huawei, more countries are joining the Clean Network Initiative, but these countries have to plan for the consequences of replacing Huawei and removing Chinese technology.

Countries will face enormous losses and a delay in the 5G development as a result of removing Chinese technology. Not only do they have a delay in implementing the technology, but they countries must find a new company to replace Huawei. Many countries see 5G networks as very profitable and beneficial due to the fact that 5G is a very new form of technology that promises faster internet speeds and the capacity to support more wireless devices. However, the change in Huawei could cost the countries major cost expenses. For example, In the United Kingdom alone, replacing Chinese technology would delay the integration of the 5G network by three years and cost the United Kingdom about 7 billion pounds ($9 billion). The United Kingdom’s Digital Secretary, Oliver Dowden, stated that his decision to remove Huawei 5G equipment was the best option for the country’s telecoms networks as well as national security and economy for the future. Huawei responded to this decision, stating that this move was “bad news for anyone in the United Kingdom with a mobile phone” and threatened to “move Britain into the digital slow lane, push up bills and deepen the digital divide.” Since the United Kingdom’s announcement of banning Huawei equipment, the country has received negative reactions from China, saying that the United Kingdom has become questionable whether or not the country will provide a non-discriminatory business environment for international companies.

With the new era of 5G underway, many countries will now have a delay in implementing the new infrastructure or the delay may forfeit the local telecom carriers’ future. Regarding Chinese firms, many have been forced to adjust their strategies in order to strengthen their core competitiveness instead of expanding their business internationally. The Clean Network Initiative has resulted in many countries and businesses figuring out new strategies on how to implement the 5G infrastructure.