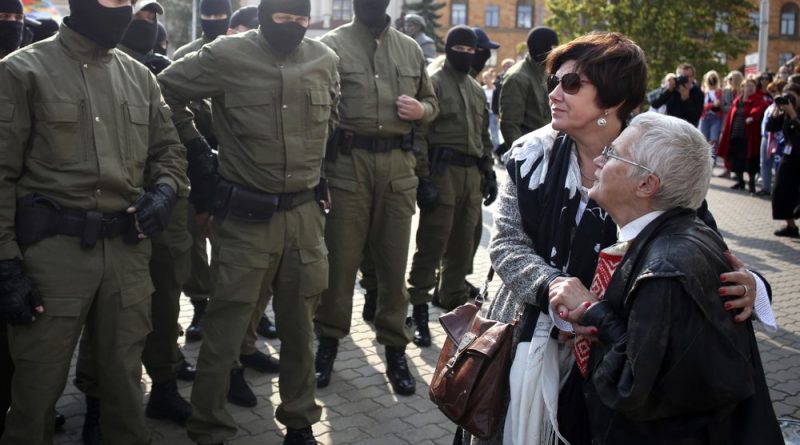 Since election day on August 9th, 2020, the Eastern European country of Belarus has experienced a sort of frenzy as many of its citizens cry of electoral corruption. They claim, along with many EU nations and other international observers, that the Belarus president, Alexander Lukashenko, rigged election results in his favor in order to extend his quarter of a century reign as the country’s first and only leader since the dissolution of the USSR. Lukashenko has been quick to criticize and muzzle his domestic opponents, and police have been increasingly visible and aggressive in patrolling the streets of Belarus’s capital, Minsk.

According to official state election results, Lukashenko won his election with 80% of the vote. His opposition, Svetlana Tikhonovskaya, won only 10%. However, Mrs. Tikhonovskaya, who ran in place of her imprisoned husband, claims that in most of the electoral precincts she may have received 60-70% of the votes. In response to the unrest the results have caused, many protestors, international observers, and Tikhonovskaya herself have called for a new and free election, and Lukashenko has appeared reticent to acquiesce to such a proposal. For the most part the police have managed to contain protestors and rioters, and the military has continued to stand behind Lukashenko, essential for a strongman who wishes to stay in power.

Uncharacteristically, the United States has remained virtually silent regarding the Belarusian election. An ambivalence which is anomalous for the usually vocal Trump Administration considering their enthusiastic encouragement of opposition to the current government of Venezuela, their passive support of the coup in Bolivia, and Secretary of State Pompeo’s recent expression of uneasiness regarding the recent military putsch in Mali. However, with the continuous disappearance and silencing of political dissidents, the United States may soon find itself in a position where it must react.

The COVID-19 pandemic has also added another wrinkle to the country’s civil unrest as Lukashenko himself contracted the virus. Despite this he has called the virus a, “psychosis” that might be treated only with alcohol and a visit to a sauna. Additionally, the economy has seen a stagnation which has turned many of the country’s workers against him. They too have come out in droves to oppose Lukashenko’s administration, joining the nearly 100,000 plus who have protested since the election. A conglomerate of people that are diverse in their sexuality, gender, race, and socio-economic status, uniting against their leader.

Mr. Lukashenko, it seems, is reluctant to let go of power. In the immediate aftermath of the election results, and her expression of skepticism regarding the results, Tikhonovskaya was detained and later fled Belarus for neighboring Lithuania, having already sent away her children fearing for their safety. Tikhonovskaya’s departure has seemed to damage her credibility among some Belarusians, potentially even hurting her reputation among the protestors. Nonetheless, as more nations condemn Lukashenko and threaten sanctions, the President’s power and reputation abroad diminishes by the day. Despite this, Lukashenko still has his most staunch ally: Russia. Throughout the unrest in the country, Vladimir Putin has stood by and pledged support to the Belarusian leader, a reality that very well may cement Belarus’s status as an authoritarian satellite of Russia.