After a month’s worth of anticipation, the International Olympic Committee (IOC) agreed to fully postpone the 2020 Tokyo olympics until 2021. After other major cancellations within the NCAA and professional leagues, the fear and sheer panic stemming from the growing cases of COVID-19.

The Olympic Games had only been postponed or cancelled for war over the course of its history, yet that all changed a little less than a week ago. The Olympic Committee plans on holding off on the historic events until July 2021 in order to conserve the health of the athletes and staff involved in the games. With nearly every country across the world being hit by this “accelerating” pandemic, there was a growing belief that countries would begin to prevent allowing their athletes to travel to Japan. Just days before the announcement was made, both Canada and Australia told the world that they would not send their athletes to the Olympic Games because of the risks involved with the deadly disease.

The Olympics had never before been postponed.

They had only ever been canceled in wartime, with the last such instances happening in 1944 during World War II. https://t.co/E7I15VtLFC

This year’s Olympics were prepared to see some interesting changes on all platforms. Possibly the biggest were the addition and re addition of five sports. These five sports included Karate, Sports Climbing, Surfing, Skateboarding and, seeing its much anticipated return, Baseball and Softball.

After officially being postponed on March 24th, the IOC announced the games would be postponed no later than Summer 2021. Instead of aiming for a Sping start to the games, Olympic organizers agreed that the games should take place in the Summer. Organizing committee president Yoshiro Mori said the committee should be looking to start somewhere “between June and September.”.

Another side of the postponement that may not have hit as close to home, will be the monetary loss as a result of it. According to Mori and Organizing committee CEO Toshiro Muto, the xpect cost is said to be “enormous.”. It is estimated that around 2 or 3 Billions dollars will be lost. As for the host city, Tokyo is expected to lose as much as nearly 6 Billion dollars.

Now, with this unfortunate news regarding the Olympics, how do the Olympians feel who have been training and working for this moment for months and even years? According to some present and former United States Olympic swimmers, athletes recognize the need for caution as a pandemic of this magnitude is much more about the health of all as opposed to sports. Five-time Olympic gold medal swimmer Missy Franklin said “athletes who have been preparing for Tokyo are handling the change very well.” Franklin mentioned the mental aspect that these athletes are currently dealing with. She offered advice to those athletes who still have dreams of winning gold, saying “That opportunity is still there. It’s just one year later.”

Another United States olympian came out with a first-person point of view of what this postponement means for her and her fellow teammates. Emma Coburn, a middle-distance runner, uses the quote “This dream has become a nightmare” when reflecting upon their aspirations of winning medals in Japan being cut short due to this unprecedented disease. However, Coburn realizes that this is much bigger than sports and said that she has “found peace and clarity” in learning that this is out of her control. Ultimately she believes that these trying times can be utilized as a “lesson in patience, selflessness and gratitude.”

Our dreams aren’t cancelled, they are just postponed. Looking forward to dreams coming true for athletes everywhere in 2021 ❤️ #Tokyo2021

What about the athletes who are nearing ages where they will not be able to physically perform like they used to? Take Ryan Lochte for example. Lochte is one of the most decorated swimmers in Olympic history and is turning 36 this summer. With the Olympics being postponed, he will now be turning 37 during the games. Yet, he kept a positive mindset and said “The Olympics bring people together, and so we’re going to have to take care of each other and wait another year. It’s not a biggie.” Lochte said that “age is just a number” and this time off means more training for himself where he believes he can “get stronger.”

These are certainly unprecedented times for everyone, not only those in the sports world. But, as Ryan Lochte also said, “this is just another bump in the road.” These Olympians have fought through adversity and obstacles throughout their entire career and will continue to do so as they and everyone else lives through the COVID-19 time period. History has been made with the Olympic Games being postponed this year, but with all taken into account, the health of athletes and individuals involved is top priority. “The Olympics will be there” as Ryan Lochte told people.

Of course, the cancellation of the games has had its impact on more than just the Americans. Japanese and elite women’s tennis player Naomi Osaka, though disappointed, has agreed with the cancellation of the games. In a social media post Osaka addresses the People of Japan, saying “stay strong, hang in there and let’s show the world our beautiful country when the time is right.” 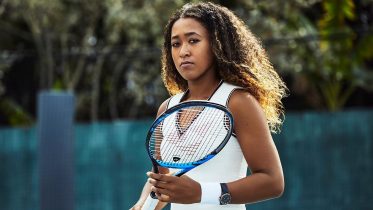 Osaka was set to be one of the most popular athletes a t the games, as the two-time Grand Slam winner was set to contend for a medal in her homenation.

With the postponing of the Summer Olympic Games, sports fans are in for an exciting Summer 2021. As opposed to the scenes right now, TVs will be filled with sports and endless action for people to divulge in. In the midst of all of the recent worldly news, the Euro 2020 Men’s Soccer Tournament was also postponed until 2021. This contest of some of the best countries in European soccer will most likely take place from early June into early July of 2021. However, the Women’s Euro Soccer Tournament was originally scheduled for the Summer of 2021, but is now most likely looking at a postponement until 2022.

Also in the soccer world, this year’s 12-country Copa America tournament between South American teams will additionally be postponed until 2021. Just look at it now: Summer Olympic Games, Men’s Euro Tournament, and Copa America Tournament. This is on top of the MLB season in full effect, NFL offseason and so much more. While content might be hard to come nowadays, I can guarantee sports media will look much different by next summer.

In all, The cancellation of the 2020 Olympics games is something not many people can relate to, considering the last time it had happened was during WWII in 1940 and 1944. Oddly enough, the 1940 games were also set to take place in Tokyo. Regardless, in its first time hosting the prestigious games since 1964, Tokyo will have to wait a year before the games begin, leading to one of, if not the, most anticipated games in recent memory.